As demographics gradually turn, will graduates and political candidates finally look like the future instead of the past? 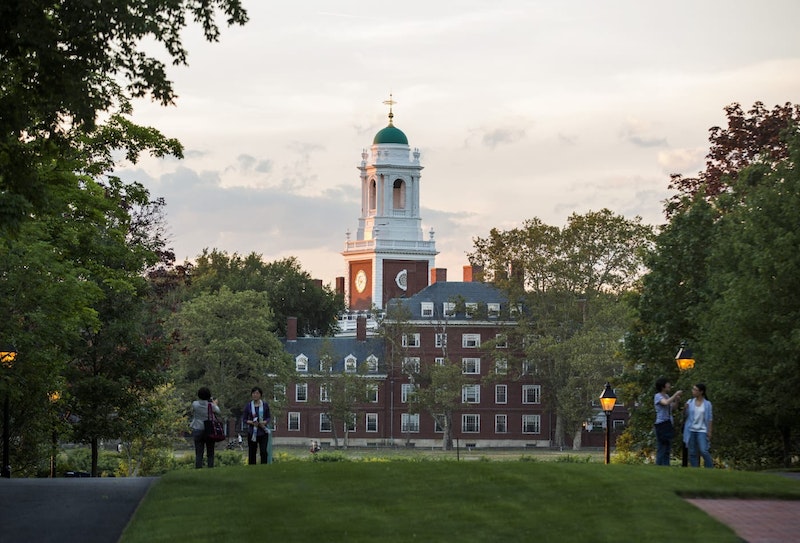 Writing a poem in 2020 seems like an anachronism. And yet, it’s what I often do at the end of the night, to make some sense of my day, or maybe to make nonsense of my day. Tonight, I'll switch to prose because I’m filled with questions.

I'm supposed to be doing something more marketable if I hope for others to read the words I string together. I’m supposed to be Twitter-based and aiming for followers and brand-aware, but all of that noxious air isn't for me. Complicated truths and asking questions are not the interests of our social media platforms. Instead, I'll keep conjuring words as a ritual because of the inherent value of the process. Turning thoughts into phrases and letting the result be whatever the result may be.

At the playground with our toddlers in the late morning, I’m standing next to Luke. We’ve both been primary dads with our daughters for the last two years. Luke engineers and produces music from home. I teach at night. We watch our little girls, who will theoretically be in college in 2036.

What will college look like in 20 years? Will half of the college graduates by then be focused on climate health and human sustainability? Will universal basic income become adopted in a way that enables people to live without their parents sustaining them? Will a middle class ever return to the U.S.? What reality will we enter in the future as the baby boom generation thins out and our socioeconomic fracturing becomes impossible to ignore? Or is it already?

There are many ways to think about the current state of graduates of the humanities.

A recent Atlantic article described the precipitous drop in humanities majors since the 2008 financial crisis. History majors have declined by 45 percent, while English majors have seen a steady drop over the last 20 years. Religion, philosophy and language-study are all similarly unpopular majors today. I’ve never believed a college class is the only way to learn, but a fundamental liberal arts education is at the root of a healthy democracy. Without a basic understanding of American history, our culture wars remain manipulated by the lowest common denominators. Especially at the nation’s top universities, the percentage of humanities majors has dropped from about one-third to just over 20 percent. It’s not surprising then, to see such a strong connection between the Ivy League and Wall Street.

Those who've dedicated themselves to studying ideas have always existed on the cultural margins. Populist tendencies today reflect the general fear of high-minded, or complex ideas. The simpler the better. Those with humanities degrees generally believe in thinking about and discussing ideas. Classes are based on discussion and building critical thought. Fast forward to those graduates becoming teachers, despite the awareness of modest salaries. Next, see those teachers leaving teaching because everywhere they turn were roadblocks to those discussions. Underfunded schools where the good ideas kept dying and the standardized tests kept winning.

Those who earned graduate degrees that used to open pathways have now often turned into pathways of debt or more uncertainty. Now close to middle age, we look around and a new generation enters college with hopes of a revamped higher education system. Bernie Sanders and Elizabeth Warren talk of tuition-free college and eliminating student debt, while many sit and wonder how long college will be the expected destination of most 18-year-olds. Meanwhile, society increasingly thinks online classes are good enough, as if online message boards can replicate a great class discussion.

Back to 2020 and the positive fact that we are close to November's election and what we hope is a path forward. Parenting is constantly accepting the things beyond your control, while creating safe boundaries for your child to explore within. We want our girls to be empowered, determined, confident, and happy. Music, art, sports, nature, games. We throw as much at them as we can because we want them to absorb it all and grow into whoever they will become.

And what will we become? Forty-year-olds, if they're lucky, will be close to 60 by 2036. The concept of retirement may become even more elusive for many. The unemployment rate becomes meaningless if there's no way to ever stop working. Service economy jobs at low wages will not sustain this economy or the majority of the people living within it. The Bay Area is impossibly expensive and many of the 20-30-year-olds I teach can't imagine a settled future here. So many communities now have affluence at the top and everyone else is scurrying around to scrape by underneath.

Imagine what that 2036 election might look like. The Senate may be free of Mitch McConnell. As demographics gradually turn Nevada, Colorado and eventually Texas blue, will the candidates then finally look like the future instead of the past?

Will we have officially split into two countries, or will we keep trying to pretend we're held together as one? The future becomes ever more uncertain but we have no control over that. We watch as time sweeps us up into a new decade, and we must remain optimistic in spite of it all. If we don't, how can we instill hope in our kids?

You can listen to Jonah Hall's podcast Poems, Guitar, and Meditations here.