University of Michigan descends into the absurd after a student charges sexual harassment. 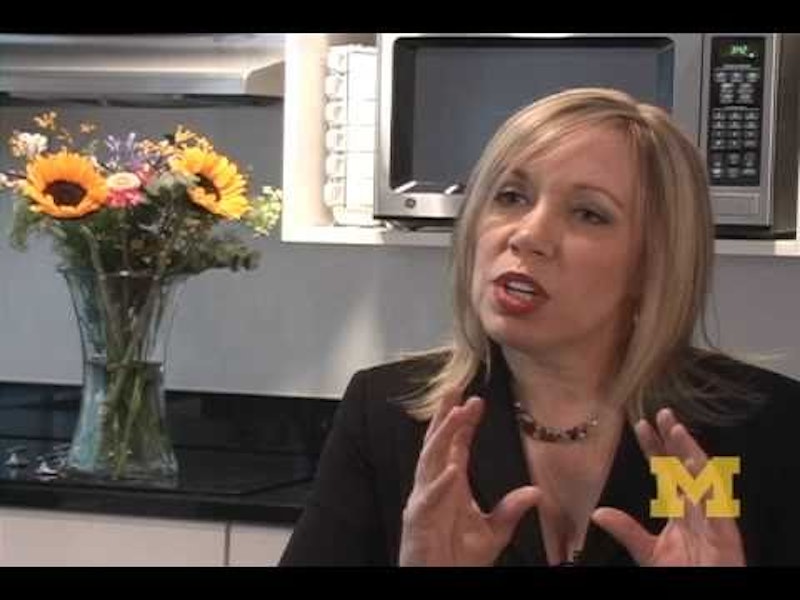 Not long ago, the University of Michigan ran an “Inclusive Language Campaign” that included asking students if they'd say certain things if they really “understood” what they were actually saying. An example: “Would you say you this? ‘We/I just need to work the kinks out,’ if you knew that this sentiment is rooted in racism—kinky hair is beautiful. Natural hair is powerful. Hair is political.”

At a university that pretends the word “kink” refers exclusively to black people's hair, you'd suspect there's some sort insidious intellectual virus running through the academic ecosystem. Nobody, regardless of their track record, is safe from the campus Left when it decides to be outraged.

Sociology professor Pamela Smock, who’s spent more than 20 years at UM focusing on family and gender issues, is one of those unlucky people. In 2016, she told a female student that she suspected her of committing plagiarism. That student subsequently filed a harassment complaint against Smock (her mentor) with the university’s Office for Institutional Equity, which investigates Title IX gender discrimination complaints. In the course of events, the campus police searched Smock’s office, looking for a gun. There was no gun there.

Until this time, Smock had a spotless record at UM, where she's mentored around 50 students. Shocked to learn she was being accused of creating a sexually hostile work environment under Title IX, Smock described the next 22 months as the worst period in her life. She was eventually cleared of that charge, but the final report still cryptically deemed her behavior “inappropriate.” The dean of the department, Andrew Martin, found her alleged behavior “troubling” and froze her salary, denied her sabbatical, and wouldn’t allow her to be the sole advisor to doctoral students for at least three years.

What troubled Martin isn’t something he or anyone in the department has divulged publicly, making it appear that Smock has been subjected to a show trial. There’s an atmosphere of victimhood pursuit at the University of Michigan that’s encouraging excesses that resemble modern-day McCarthyism. In 2012, UM student Drew Sterrett left the school after found guilty of sexual assault. He sued, and the University vacated the ruling in 2015. The female student involved, who never filed a police report, kept a diary of her drinking and sexual encounters on campus that her mother found over the summer. The mother then drove her daughter to the campus, where she filed the complaint.

Last December UM held a training session aimed at helping white employees deal with their “whiteness,” even though the Civil Rights movement was based on the idea that skin color doesn’t define the content of one’s character. Last year a group of student activists demanded that the university establish a no-go zone excluding white people. One UM student made a stink about the wood paneling in the Student Union Building that, according to her, “minority students felt marginalized by” because of its “quiet, imposing masculine paneling.” Things have gotten so weird at UM that some believe wood is sexist and racist.

Pamela Smock has filed a lawsuit against UM in federal court for violating her constitutional due process and free speech rights. When University of Michigan officials are punishing people even after they've been found innocent, it makes them look like they're afraid of their students and feel more obliged to appease than educate them.