Tell Yourself You Have No Choice 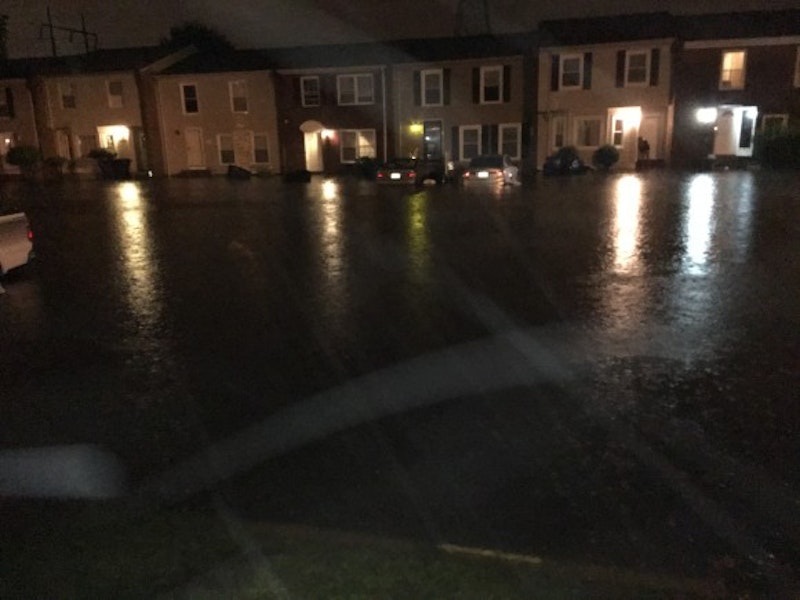 I teach English to adults. There were 35 students in the classroom last night. Maybe one-third of them are between 20 and 30 years old. Another third are over 45. A few grandparents in the room. Spanish is the native language of more than half. Among the other native languages are Portuguese, Tibetan, Nepali, Albanian, Russian, Mandarin, Japanese, Arabic, Farsi, Amharic. The Bay Area brings immigrants from all over, and the classroom highlights that diversity.

At the end of class, I led a discussion about motivation. I ask, “What motivates you to attend school after a long day of work... when it’s raining... and dark outside?”

Students give thoughtful answers. Doris, from Guatemala, describes the frustration she’s felt when she can’t communicate with co-workers. Samy, from Brazil, mentions the people he works with all speak Portuguese, so school is the best place to practice. Vinicius, another Brazilian, explains, “I love it here. I want to stay here... forever. I must learn English to stay here.” A middle-aged seamstress from Mexico, Teresa, raises her hand. The response stays with me. “I tell myself I have no choice. I have to go. I am tired. I start to think about relaxing. Then I stop. I have to go.”

I write on the board: “No choice. Determination.”

Teresa is in class every day. She arrives promptly at 6:20. On the few occasions when I’m running a minute or two late, frantically making copies downstairs as class is about to start, I’ve kept her waiting outside the room. I apologize. Getting dinner going, eating and cleaning up, and helping with our nine-month-old, all of this can affect my short commute.

In the draft folder of my Gmail account, there is one lone message. I wrote the list a while ago. It was around Thanksgiving in 2016. It’s titled “17 Reasons Why I Didn’t Write Today.” We were in the first trimester. Cautiously optimistic. It was only weeks after the disastrous election. I blamed the rain. I blamed the dogs. I blamed the election. I was in bed, in the dark. We were sleeping in the room that is now the guest room/office. It was probably just before midnight, and I was thinking of returning from Thanksgiving break. I had a different teaching job, teenagers in East Oakland who were mainly children of immigrants. It often felt like chaos throughout the small school. I had to constantly tell myself I could only control what was within my ability. I used breathing as a calming technique. Still, in that second year, as the place was disintegrating, I was barely holding it together. I’d have the job for just a few more weeks. At the time, I expected it to make it through the end of the school year, right around the June due date.

Time has never really existed. We mark it. We believe in it, subconsciously. The specifics of the way we consider time. As if hours are a natural phenomenon, when the sun and the moon are the only natural timekeepers of our planet. We set alarms and timers and reminders and calendar our lives out of the necessity of how humans in the United States live today. Modern life is a time crunch. Art doesn’t fit well within the crunch.

I keep the list as a reminder. Fatherhood has been an inspiration. The baby’s sense of wonder is infectious and catalyzing. My new roles (caretaker, nurturer, bottle holder, soother, singer, and comedian) suit me well. Spontaneity within routine. Improvising while keeping an eye on the clock for nap times. I love it, despite the exhaustion. I’ve written without hesitation or excuse for most of the time over the last 18 months. I’ve followed through with writing in ways I can be proud of, regardless of the outcome. I have no choice.