Academia is a place where fear and intimidation rule. 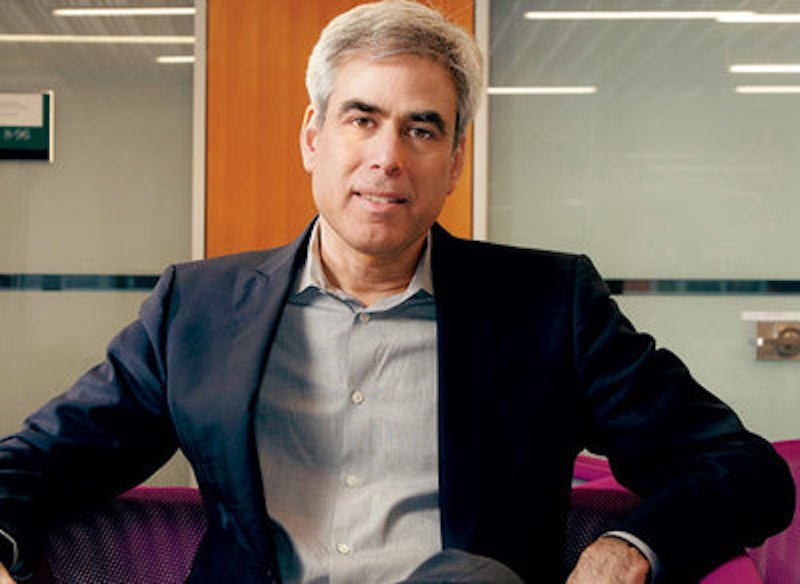 The coat of arms of Yale University contains the school's official motto, “Lux et Veritas,” Latin for Light and Truth. It's meant to signify that the New Haven institution’s purpose is to enlighten its students' minds by showing them a path to the truth paved with knowledge gained through open debate. At one time, this idea represented the telos of American academia in general. This quote from Karl Marx more accurately describes today’s predominant view of the purpose of higher education: “The philosophers have only interpreted the world in various ways. The point is to change it.”

A few professors, like Jonathan Haidt, Professor of Ethical Leadership at New York University's Stern School of Business, are pushing back. This outlier group is more partial to what John Stuart Mill wrote in On Liberty: “He who knows only his side of the the case knows little of that.”

Haidt, a social psychologist who specializes in the psychology of morality and the moral emotions, describes the current American college campus as the place to challenge privilege and power rather than to pursue the truth. In fact, to the postmodern obscurantists who’ve come to dominate academia, there’s no such thing as absolute truth—every individual has their own “truth,” as defined by the level of victimhood they claim.

While the concept of “diversity” is spoken of with religious fervor by the Left, especially on college campuses, Haidt points out that this doesn't refer to thought diversity, which is characterized by intellectual humility and curiosity, and produces an environment in which debates encompass myriad perspectives in a civil manner.

This sort of diversity is no longer welcome, as it’s just a barrier to the ultimate goal of social change—it's an inconvenience. That's why you see the freakouts when conservatives like Ben Shapiro and Ann Coulter are booked to speak at universities. Their presence is seen as defiling the temple of social progressivism that the university has become. Intimidation is a major problem on the campus, whether it's the overt variety where students are destroying property and physically threatening people, or the more subtle type that enforces self-censorship.

Haidt has studied the history of campus politics, noting that many conservatives were in the military during WWII, after which they benefited from the G.I. Bill and then entered academia. Subsequently, during the Vietnam War years, at least in the social sciences field, the incentive for university study became avoiding the draft or fighting for social justice. According to the professor's research, as late as the mid-1990s the left-to-right professor ratio was two-one, but just 15 years later it was five-one.

Haidt founded the Heterodox Academy in 2015 as a network of academics dedicated to improving “the quality of research and education in universities by increasing viewpoint diversity, mutual understanding, and constructive disagreement.” The Academy's goal is to promote intellectual discovery of diverse social and political perspectives in an atmosphere free of intimidation by peers. It’s intended as an antidote to the campus echo chamber characterized by the endless reinforcement of partisan orthodoxies—a place where empathy is instilled in students so they're able to break their dangerous tendency to see those with different political views as lesser human beings.

There’s been an inevitable backlash to Haidt’s ideas from the Left. Professors are supposed to go along with the program, not talk about outdated concepts like “absolute truth,” which only the privileged cling to. Some say that the anti-PC crusaders are exaggerating the seriousness the campus situation for base political reasons, but the Heterodox Academy’s 2017 survey found that 53 percent of college students don’t think their college or university frequently encourages students to consider a wide variety of viewpoints and perspectives, and that 32 percent of conservatives (vs. eight percent of liberals) were very reluctant to discuss politics in the classroom. The study also revealed that conservative students are much more reluctant to discuss gender and race in the classroom. It's education for the in-group only.

American academia has produced what Haidt has called a “moral matrix” hostile to about half of the population, because it's now a place where these people are written off as reactionary yokels from Jesusland or Dumfuckistan and intimidated into self-censorship. Conservatism will always be a strong political force because many human brains are suited for it. Not everyone is energized by constant change. Pretending a rival political philosophy doesn't exist isn't a real enlightened approach, which is ironic because it's practiced by people who consider themselves the most enlightened.

Haidt, who says he's always voted Democratic, offers a red pill for those trapped in that moral matrix, where “I'm right and you're an idiot” is a common “debate” technique. He has ideas, based on his study of the human mind, that have potential to calm the culture wars and return the university to its former status as a citadel of learning as opposed to serving as a training camp for progressive activism.

Haidt speaks of the human propensity to form tribes, which have their uses in certain situations but are a hindrance to arriving at the truth, which requires an adversarial process where ideas have to be defended against sharp criticism from outsiders. The result is that students are full of opinions they haven't arrived at via a dialectic, therefore they can't defend them when pressed to. The indoctrinated can do little more than repeat the talking points they've been handed as homework to memorize. They make up for their inarticulateness by forming mobs to enforce their opinions.

Republicans and Democrats are now so far apart that their interaction has devolved into name-calling and trolling. When the fragile students the university system produces get out in the mix, it’ll only get worse. They lack the empathy necessary for bipartisan communication. Jonathan Haidt’s nonpartisan, science-based approach offers hope for the survival of the liberal democracy.