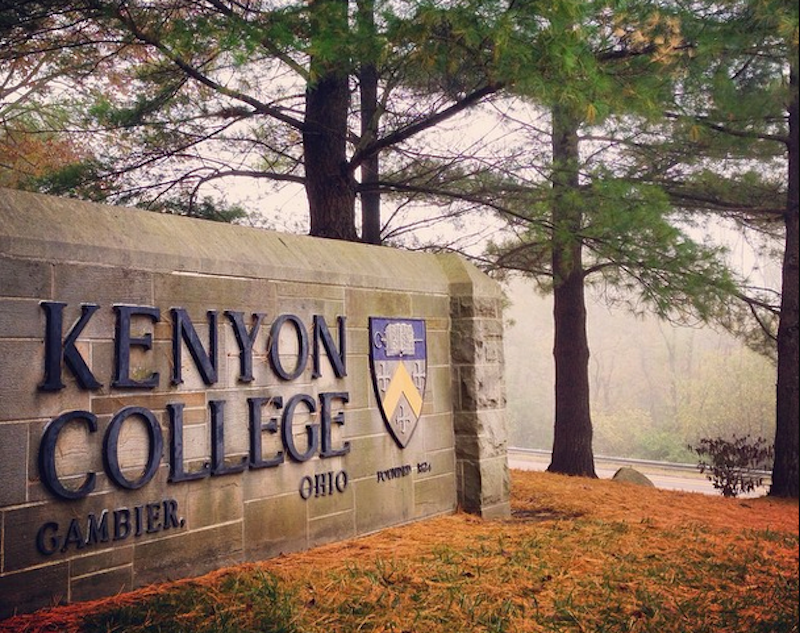 Wendy MacLeod, a drama professor at Kenyon College, wrote a play based on a true story from a nearby location in which several men were caught smuggling in workers from Guatemala and forcing them to work 12-hour days at an egg farm. “The Good Samaritan,” labeled a comedy, is the fictional account of what might’ve happened if one of the semi-slaves had escaped the farm and ended up at a liberal arts school like Ohio’s Kenyon. A white student finds the 15-year-old “Hector” in the backseat of her car, and play’s a depiction of how she and her fellow white students struggle to handle the unusual situation.

College campuses today often resemble comedy-free zones, which is why high-profile comedians such as Jerry Seinfeld and Chris Rock won't work on them. A ruckus occurred after Prof. MacLeod, who’s white, circulated her work via the campus email system. Spanish professor Clara Román-Odio said she found 40 instances of “ethnic insensitivity” in it, including the students’ frequent references to Hector as Argentine when he's actually from Guatemala, an obvious attempt by the playwright to indicate cultural cluelessness. Margaree Little, a creative writing teacher at Kenyon, called the play “unapologetically racist” and “an act of violence” that dehumanized “the racism and violence that members of the Latinx community endure every day, including on this campus.” Little didn't cite any evidence to support her claim that Hispanic students are attacked every day on the Kenyon campus.

It didn't take long for a posse composed of students and sympathetic professors to lobby for the cancellation of the play scheduled to be produced in April. The justification for the censorship was that the play was harmful on many levels, a racist representation of a Guatemalan youth, and “an exercise in cultural hegemony with heavy notes of white savior complex written about a person of color from the uninformed perspective of a white academic.” One complaint was that other characters referred to Hector as an “illegal,” which would fit with MacLeod’s intent that her play hold a mirror up to Kenyon students and society in general. The playwright overestimated the sophistication of her potential audience.

MacLeod, in writing her play, was working under an unwritten set of campus rules that made her efforts fraught with peril. Being “privileged,” she never had the “right” to take on this topic, although the academic environment is ostensibly a place where no artificial barriers preventing free expression would exist. If the professor were permitted by the social “progressives” who now act as the de facto arbiters of free expression at colleges and universities, to handle a topic that it's assumed she could have no understanding of, then she'd be working within narrow parameters that wouldn't include humor or satire. Only a piece of work resembling something that might have come out in post-1917 Russia marked with the word “gosizdat” (state-published) would be acceptable.

MacLeod’s critics have neither a sense of humor nor a grasp of the concept of satire, so it's surprising the professor even decided to tackle this topic. Kenyon College faculty and administrators have a responsibility to teach students how humor and literary devices like the unreliable narrator can be used to lampoon bigotry, and why authors need to be free to use “offensive” words like “illegal,” to make their point. Students’ intellects are often not sufficiently developed to grasp the nuances involved. They naively and sophomorically interpreted MacLeod’s humor as aimed at minorities, when it was actually at expense of the privileged college students.

In the prevailing atmosphere on campus, professors cannot withstand the coordinated effort that a small group can bring to bear against them. They may even be subject to credible threats of violence as progressive professor Bret Weinstein was last year at Evergreen State University, when it was reported that students were going car-to-car looking for him. The mob wasn't seeking to engage the evolutionary biology professor in a debate. MacLeod cancelled her own play, “out of respect for the concerns of students and members of the faculty," which many of her critics seized on to promote the idea that she acted of her own volition. The mounting personal attacks on her meant she had little choice. In better times, a student group would have taken MacLeod’s play “underground” as a statement against censorship.

MacLeod withdrew her play at about the same moment as the creation of a new student group at Kenyon, the “Whiteness Group,” that will hold discussions on what it means to be a privileged white person and how such people can be better allies to marginalized groups. One of the group’s rules is that no white person can ask a person of color questions, which won’t serve students well after graduation. Some have mistakenly thought the Whiteness Group was a meeting of white supremacists, when it's actually about establishing a separate category of people who can be treated differently.

Conservative students at Kenyon run the risk of being labeled rednecks if they say the wrong thing. Understanding both sides of an issue, which educators should make a priority, isn’t valued. What students are learning instead is how easy it is to organize an effort to censor people or works of art in order to insure that the prohibition against diversity of thought remains intact.