The most rewarding class I ever took (and got a D- minus in). 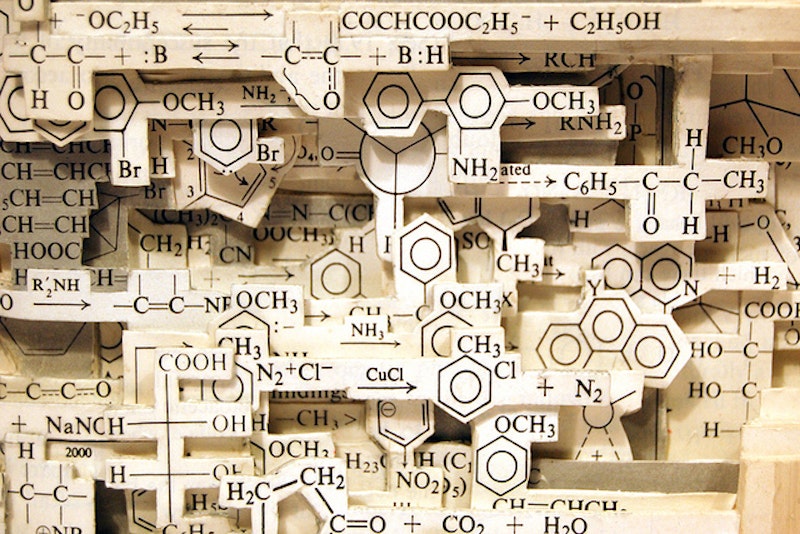 Inspired by my brother Booker’s piece last week about his battery of demanding English teachers, I’ve been thinking about my time in Ken Drews’ chemistry class in 11th grade at the Friends School in Baltimore. Past long division, I was hopeless in math and dropped it before Pre-Calc, and besides astronomy, sciences could be just as difficult to grasp. I would’ve rather learned how to do my taxes than revisit the role of mitochondria and biosymbiosis every other year, and had the chance when I took Discrete Math, but the textbook remained anti-gravitational. English and history classes were fun and relatively easy, but I still got by under-working. Chemistry was totally different. Credit goes first to my friend Matt, who implored me to switch from the clinch class Applied Chemistry the summer before school started, otherwise I never would’ve taken the most challenging and rewarding class of my life.

Mr. Drews, who retired a couple of years ago, taught like a college professor. Kids would notice and take advantage of teachers who just sort of went day by day, following lesson plans by their scent and plowing through novels or programs like drills, without any continuity between sections or semesters. Sometime in September, Mr. Drews made it clear that each topic covered built upon the foundation laid over the next two months—if you didn’t pay attention and didn’t do the (hours) of work now, you’d be screwed for the entire year. There was a three-hour slideshow presentation assigned that slipped my mind, and when a friend asked the next day if I’d taken notes, he was a bit blown away that I let it slide. Keep in mind this buddy was just as laissez-faire about schoolwork as anyone else.

Yes, I was screwed, and frequently teetered on the edge of failing the class, which would’ve been disastrous and hard to recover from with college applications waiting next fall. Mr. Drews was such a compelling teacher that I enjoyed every minute of his class even if what he said went by too quick for me to absorb. Which was fun, being so miserably behind and increasingly handicapped to where the absolute goal was a D-minus, which by the grace of God is what I eventually got. Mr. Drews’ voice had the intonation and the pacing of a mid-century broadcaster, quicker and more chipper than Cronkite with a pinch of Cosell at the end of certain sentences. Material aside—most of which I can’t even remember to explain—it was his command of the class and the respect he got and rightly deserved. His class was rigorous but he was far from a hard-ass, and had a style that I rarely encountered in school, the kind of teacher I was only familiar with from movies and books. So many teachers I had felt so transient and unformed themselves, and naturally a lot of them didn’t even last within my time at any given school.

Despite my crap grades, Mr. Drews liked me and we talked often after class. I gave him a copy of Song Cycle by Van Dyke Parks after an hour-long conversation about The Byrds one spring afternoon, and later on he good-naturedly asked, “I take it it’s the kind of thing that takes a few listens to sink in?” Even at the time, it felt like such an honor and privilege to be in his class because it was his life, and that complete dedication as this Master of Chemistry was so inspiring. It really threw me for a loop when he gave us this speech on the last day of class before final exams, because it crystallized everything that I was feeling and how much I’d miss listening to him talk: “I know most of you will not become chemists. I know most of the students I’ve ever taught will never become interested in chemistry. That is not the point of this class: the point is to teach you how to deal with a problem or a situation you might think impossible and to do the best you can, and work hard enough that you actually do accomplish something far beyond what you first expected.”