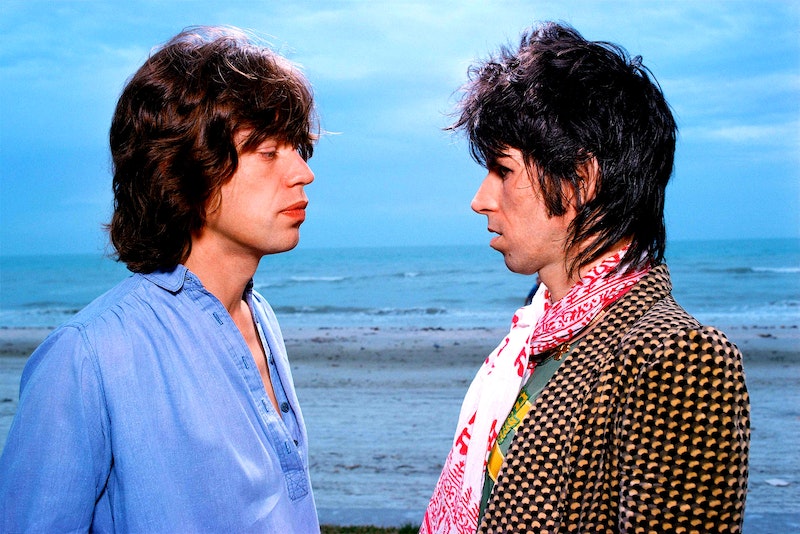 Black and Blue is one of my favorite Rolling Stones albums. In fact by now it may be my favorite, given that I listened to it three years ago. I can’t remember the last time I listened to Some Girls or Exile on Main St. If I did listen to the second, I think my spirit would curl at the edges. Not that Exile is bad; I bet it’s good. But there’s so much of it, and I heard it so many times. I was a Stones fan my first couple of years in college, and logging hours of Exile time was probably the chief form my fandom took. Of the albums I liked, it was the longest and most touted, and I felt good about liking a classic. I cooled off during my junior year; decades later, I remain cooled off. I want to keep the Stones around, but I want to shrug at their classicness. Black and Blue—their brief, mid-70s album with the guest guitarists and patched-together tracks—is the Stones album that I still like the way I did before, back when I was in my dorm. People, or rock critics, didn’t think much of it back then. They still don’t. But I like every track, and “Hand of Fate” is my favorite.

That one, at least, has crawled into respectability. I point to a long piece at Vulture, “The Complete Works: Ranking All 374 Rolling Stones Songs.” There at 107 we find “Hand,” which is described this way: “Keith’s riff is massive, the choruses stick, Mick sings the murder-story lyrics with resigned desperation. And Charlie puts a bow on it.” The Vulture round-up is by David Marchese, who looks like he was born during or after my dorm years. Perhaps Mick was recording She’s the Boss, perhaps rumors of Steel Wheels had begun. Let’s take a step back. The Stones’ museum period (by my count it began with “Start Me Up” and the Jovan sponsorship deal, in 1981) has lasted so long that people born during this stretch can now serve as president, not to mention senators. They can also be Park Slope information professionals with laptops and Twitter accounts. One of the people belonging to this second group has decided to survey the career output of a band that stopped mattering before he even breathed.

I like that. I see it as a sign of how much the Stones mattered back when they did matter (1963–1978, with Some Girls providing the last triumph). I can shrug at their classicness, but at the same time I know it rests secure—look at that young fellow beavering through his 374 tracks. As I see it, he demonstrates that I wasn’t wasting my time back when I loved the Stones. David Marchese is history’s proof that the boys have lasted. I’ll add that Wayne Perkin’s guitar solo on “Hand of Fate” reminded me of lit electrical filament somehow coiling in the air at right angles. Make of that what you will, but it’s some solo.