It Might Go Pop But It Won't Blow Up

Pop-ish releases by Charlotte OC, Tanika Charles, and the Overcoats. 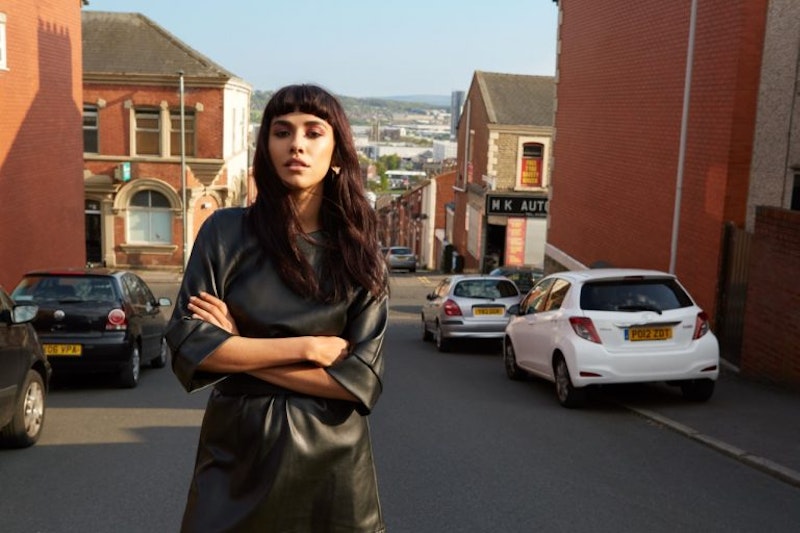 Pop music means music that is popular. Simple enough—and yet, not really. When people talk about "pop" they mean a particular style of highly-produced post-disco R&B and/or post-Eurohook beat-driven music. Nirvana was very popular, but the band wasn't pop. The Beatles were very popular and were kind of pop, but don't tell that to a rock critic.

On the other hand, some music that isn't very popular is still pop. Not everything radio-ready is on the radio. There are a lot of pop acts that don't necessarily get massive hits. Sometimes their distance from the mainstream allows them to be a little weird—and sometimes not. Here are three contemporary pop sounds but not pop money acts I've been listening to.

British singer Charlotte OC is famous in a low-key way for being a smart, low-key indie pop performer. Her music is in fact indie-ish; a bit of Mirah-esque singer-songwriter dream pop slipped into the Sturm und Drang R&B. Her voice has a smooth, throaty depth, and her lyrics have a winning confessional cutesiness. "I don't know what you do that is making me better/can we lay down, lay down together?" from "Medicine Man" is a line that makes you wince and giggle at the same time. The hooks on the ballads stick with you too; "Where It Stays" has the spacious inevitability of U2, but you don't have to listen to Bono singing, which is a big plus. Still, while there's much to recommend the album, it ultimately founders under the weight of its own tastefulness. If Charlotte OC was a megastar, she'd be saddled with big-name producers and guest stars and gimmicks—and the result would be a more varied and possibly superior set of songs. Careless People could be great, but it’s too careful. Not all pop needs to sell out, but sometimes it helps.

Canadian Tanika Charles has a hard-core retro voice and an abiding love for Stax and Motown. "Two Steps" pulls in a girl-group chorus from the north and a chugging beat with honking sax out of New Orleans. "Money" isn't the Barrett Strong tune, though the sexy baseline, call and response, and tell-it-like-it-is lyrics suggest that she had it in mind. "Money money money money gets me in the mood/money in my jeans and stuffed in my shoes" is good, but "money everywhere/money up in my sleeves and stuffed in my brassiere" goes it one better. On "Love Fool" she spits tongue-tied syllables showing that rap didn't thump far from soul, while "More Than a Man" is a soft sway attached to a pogoing beat that slips from plaintive reminiscence to the dozens without skipping a strum. "I need more than a man/you just ain't part of the plan," is a cold line, especially when delivered in her sultry tones. "Heavy" is a slow-jam ballad with Charles moaning and wailing in a manner that would do Etta James proud. You might call this neo-soul rather than pop, though the difference between the two is often a matter of audience size as much as any stylistic difference. Whatever you call it, though, it's pretty great.

Duo Hana Elion and JJ Mitchell bill themselves as folk-soul, but their highly polished multi-tracked vocals sure suggest pop to me. "Smaller Than My Mother" features electrobeats and tweaked backing vocals processed and autotuned. "I keep on shrinking and he stays the same" they harmonize to wide-eyed laptop gospel. "23" is the sweet indie pop complex relationship song; "Honey, you're a full time job/and I'm tired of rescuing you." The feyness gets a little cloying on repeated listens, but Phil Spector produces the Indigo Girls is an aesthetic that could easily go much more wrong than this does. "Siren," with its inevitable siren sound and throbbing echoey coulda-been Daniel Lanois production is one of those songs that seems both ready for NPR and like it could’ve been a mainstream hit. The Overcoats manage to make the expected sound up to the minute—which is the whole point of pop.