Religion Has Failed. Pop Music Has Not.

Sabrina Carpenter will save the world. 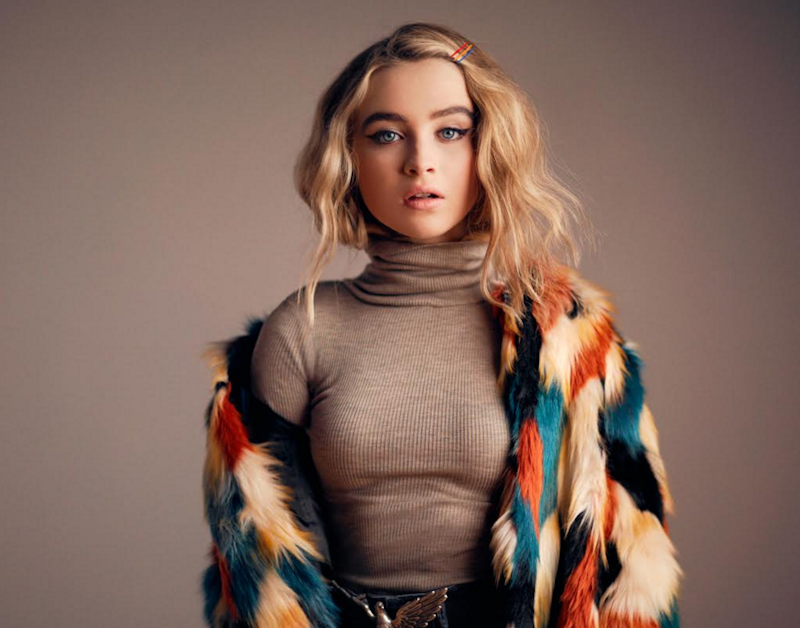 It’s one of the most famous quotes from G.K. Chesterton:

This quote gets to the heart of why organized religion is dying and pop music is thriving. Mysticism is needed for mental health, and mysticism is no longer provided by religion. We now get our mysticism from pop music.

On my iPod is Evolution, a new album by 17-year-old Disney star Sabrina Carpenter. It’s a brilliant record. It’s also a holy one. With its cool synthesizers, sensual, rapturous beats and pining, breathy vocals, Evolution is a dreamy poem and a prayer. The best track is “Mirage”:

They said, "You can't wear Giamba
Baby, you gotta pay."
Well, then, we got a problem, problem
"And there's a party at midnight at the top of the hill
But you gotta be someone, someone."
And every face is a hologram
We're all caught in a dream
We're all caught in a dream
And everyone plays so innocent
It's all part of the scene
Is it just a mirage?
All these Hollywood gods
And everything that we've got
Is it just a mirage?

Humans have a need for transcendence and the possibility of another world. Hindu mystics, Jewish prophets and Catholic saints have all preached this. Even secularists have the theory of the multiverse, which speculates that there’s not one universe but many. We dream of beaming off to those other places, or finding them through the flight of our souls. The world we live in may not be real. Western religion has become too ossified and formal, too dependent on ancient texts and dogma, to attempt providing a captivating modern glimpse into that alternate reality. Christianity is concretized in a concept of time that goes from creation to apocalypse, leaving its followers waiting for the return of Jesus. Islam is too rigid. Buddhism has been taken over by actors and hippies. It leaves little room for spontaneity, creativity or evolution.

Religion goes against the common sense that the world is a dynamic place, and that God is somehow a part of that beautiful, churning chaos.

Pop music still feels this, still pushes into the daring and new while retaining the touchstones of the soul: love, desire, beauty. It’s the one thing in the modern world that’s provided access to the mystical realm. What started more than 100 years ago as a strait forward form, the blues, has transmogrified to countless genres, sub-genres, from straight-ahead pop to electronica and the most outré experimental forms. It’s here that the fecund creativity of God is found. As Whittaker Chambers once put it, “The theme of the greatest music is always the birth of the soul. Words can describe, painting can suggest, but music alone enables the listener to participate, beyond conscious thought, in this act.” Organized religion has lost touch with this act, this movement, of the soul. God is now in the mighty industrial roar of Iggy Pop, the soaring voice of Katy Perry, and the questing mysteries of Radiohead. The songs are about swagger and confidence, but also doubt and pain. The music allows, as Chesterton might have put it, for the twilight.

A couple of years ago I went through a difficult period, one that made me lose one kind of faith but gain another. In the span of months I lost a job and a girlfriend and watched as my mother fell under the spell of dementia. I lost my belief in Christianity. Its concept of a linear concept of time ending in an apocalypse seemed like pure X-Men. The idea of a God who creates a world that can inflict terrible suffering and that such suffering was a way to test us seems childish. Also: When you’re down and out Christians tend to vanish, like the apostles when it came time for Jesus to carry the cross to Golgotha (establishment Catholics are especially bad).

It was music that became my companion during this dark but also teaching time. The Twilight Sad, Future Islands, Ellie Golding, Grizzly Bear, Max Richter—these were my priests and healers. In fact music was returning to what my own spirit and senses had taught me was holy when I was a child, before formal religion had directed me. In the 1970s my brothers would play rock records in their rooms, and in that soft suburban darkness I entered other worlds. The bluesy, psychedelic world of the Doors. The spacey British loveliness of Sgt. Pepper’s Lonely Hearts Club Band, which was my baptism. My confirmation was the gritty urban romance of Bruce Springsteen.

Here’s where the great Catholic mystic St. John of the Cross went to live. It’s also where Sabrina Carpenter now resides. Christianity had one thing right. A teenage girl will save the world.