Why They Suck: Bob Dylan

“Voice of a generation” couldn’t write. 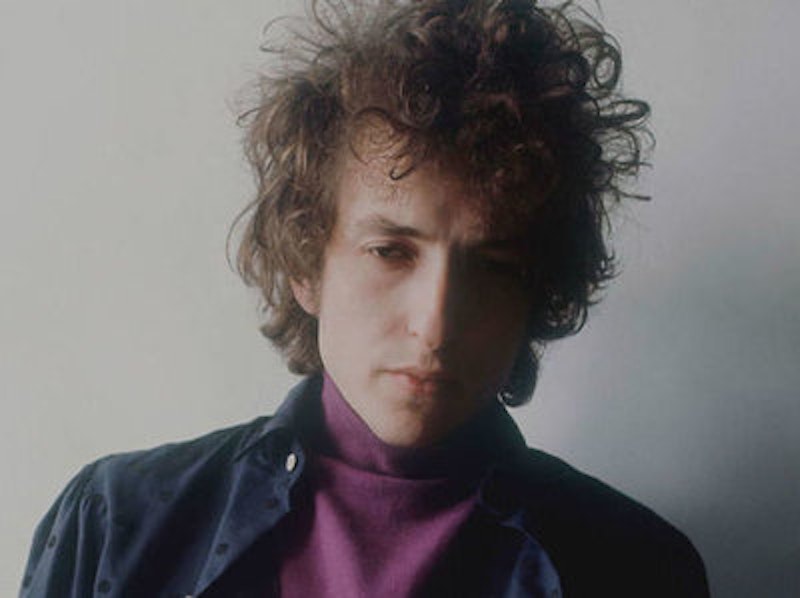 This is the first installment in a series that attempts to blow holes through the blimp-like prestige of the overrated. These are people who are often put above criticism, for the very good reason that they cannot withstand it for a moment: pseudo-meaningful mediocrities absurdly considered to be emblems of our alleged collective identity, little gasbags inflated into big old gods due to the abject human desire to have something—anything, really—to worship.

I’m more or less opposed to folk singers, who in general are mediocre white bourgeois imitations of musicians with actual oomph. But I'd prefer almost any of them to Bob Dylan.

If people really regard “The Times They Are a Changin'” or “Blowin’ in the Wind” as songs that transformed the consciousness of a generation, I’m puzzled, because I think they're just woolly and boring, and badly-written.

But say they did. That could’ve had nothing to do with the profundity of the lyrics, the quality of the melodies, or the singing and playing. (It's sad what he did to the harmonica.) It had to do only with the response, or the moment, or the effectiveness of the promotional team. I think even as an emblem of that moment, there were 20 better choices.

Dylan’s often been celebrated as a great poet, which is laughable in the face of the actual garbled claptrap he produced. The usual Dylan lyric is an arbitrary and arrhythmic collage of pseudo-surrealist images. There are many here among us who think that life is but a joke, said the joker to the thief, as though he was Carl Jung after a lobotomy.

I hardly know where to start, for it is a vast oeuvre, empty as interstellar space. "I watch upon your scorpion/Who crawls across your circus floor," and so on. Just grabbing an example: “Mr. Tambourine Man” sucks, dude: all day every day, and it really doesn't mean anything about liberation, peace or equality, does it? Waitin’ only for my boot heels to be wanderin’ indeed.

Though you might hear laughin', spinnin', swingin' madly across the sun
It's not aimed at anyone, it's just escapin' on the run
And but for the sky there are no fences facin'

And if you hear vague traces of skippin' reels of rhyme
To your tambourine in time, it's just a ragged clown behind
I wouldn't pay it any mind, it's just a shadow you're seein'
That he's chasing

Finding the moments that are not just random pretentious nonsense is very difficult, and the idea that you'd treat Dylan as a literary figure refutes you—Greil Marcus, Sean Wilentz—because it can't improve him. So stop writing 500-page books on the man and find something else. Patti Page and the Bee Gees were emblems of their eras too: that doesn't mean you should listen to their records all day.

You'd be better off having the very essence of your generation expressed by Robert Goulet.