The beauty of a hauntingly ambivalent German opera. 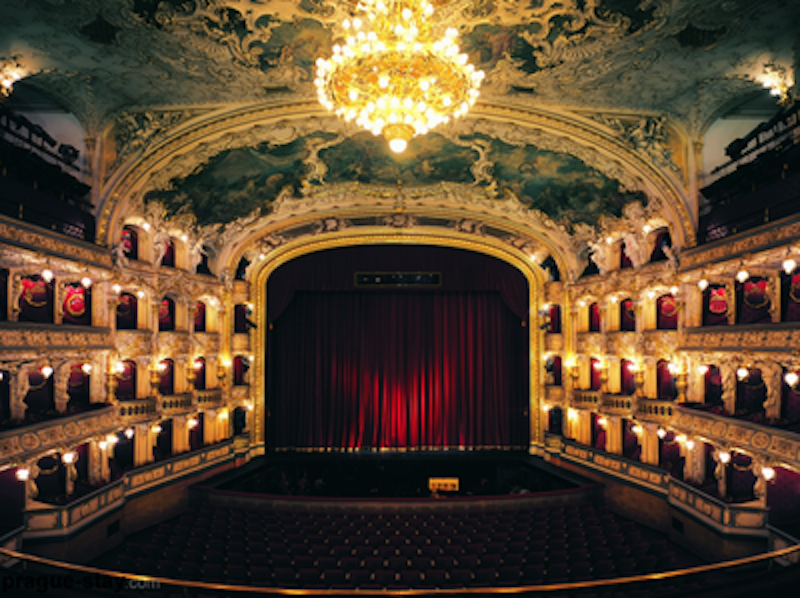 The Word Stitcher, or Das klammeraffe die worts, created a sensation in the Berlin of Wilhelm and still maintains a frazzled glamour among devotees of critical theory. The three-act opera is confined to a garret, and the garret’s nameless occupant is most often alone. He haphazardly prosecutes the tasks of his daily life—finding socks and garters, piling books and watching them fall over, pondering a dubious tin of spoiled meat, cleaning half the kitchen sink—while analyzing how he arrived at his situation and why it can never change. Said situation? That of “a tailor sewing the unseen and therefore useless,” he sings in “Ein schneider die unsichtbare Nähen,” the merry but despairing patter song that the great clown Aufmäch performed to a prolonged sequence of toppling books, one pile after the other coming undone in artful syncopation.

Klammeraffe is a relatively slender two and a half hours, and light-hearted German audiences reveled in the comedy’s dance of conceits and the sway of its melodies. But the work transcends itself with the vaulting third-act aria “Oh, Injured Tree of Night” (“Oh, verletzter baum der nacht”). In it, the spavined poet anticipates repose on his mattress and mentally catalogues the aches and pains of his distorted body. As he dwells on them and how he came to have them (“this book on my stomach, these feet on a chair”), the poet achieves an understanding of who he is. He is “the fool who bent these feet, the scholar who creased this spine, the body that carries its head like a lantern, the lantern that casts no light because it swings.”

This very pain and distortion, in his view, prevent the poet from seeing clearly and writing truly. Sacrificing his body to read his daily diet of newspapers and journals, he is condemned to confusion rather than accomplishment. Here we find the grounds for the opera’s stature as a pioneering work in critical theory. The music rises as the poet reflects that he is perfect for his role in the world. “The world buzzes in my head,” he sings. “Then I buzz and I add to the world’s cluster of miniature headaches.” That last phrase stands in for the untranslatable “staubansammlung von blinden flecken und geistige verwirrung,” an idiom that would feature heavily in Horkheimer and Adorno’s Dialektik die aufklärung.

"Injured tree, you grow from dark soil,” the poet sings, “and your fruit drops to ripen the soil anew.” He eats the dubious tin of meat and lies down for what may be his last sleep.

DVD corner.  There’s a little-noticed genre, that of stories about Adolf Hitler as a young moron. The classiest entry may be the Beryl Bainbridge novel Young Adolf. The best-known may be the film Max (2002), which stars John Cusack. But what makes the genre a genre is Mein Kampf (2009), an Austrian comedy-drama. Without it there’d be just two works, and that’s not enough.

Like Max, the Austrian movie shows young Hitler’s friendship with a Vienna Jew. I didn’t really get it. If one character is Hitler, why make a big deal about how odd and colorful the other character is? But that’s what the movie does. Hitler is played as a tongue-tied cluck with a mean streak, and I bet he was. Whereas Hitler’s friend is a red-nosed, gusty specimen who laughs his folly and wisdom to the sky. A blonde girl of 20 or so, the landlady’s daughter, is delighted by the crusty old thing and tumbles with him on his bed. (I don’t mean they have sex, they just tumble.) She asks him how he can be so irreverent and mad, and he blats his happy answer past his red nose.

Meanwhile, sunlight slants through high-placed windows and isolates gold patches on the grimy floor. Mein Kampf is shot like the sort of film that involves cobblestones and green courtyards, but the boarding house is as crappy as any that young Hitler might have stayed in. Between the two, I think they should have dropped the wine commercial lighting and kept the grime. Or they should have dropped Hitler and the old guy, kept the girl and the slanting light, and changed the crappy boarding house to a bustling inn with a carriage of long-legged, high-cheekboned young French ladies rolling up in the courtyard. This would have made for a different movie, and there’d be an end to the Young Adolf genre. But I don’t see either of those things as a real problem.