When You Say Dada

The beauty and terror of existence in Whettman Chelmets’ Giant Eyes & Infant Steps. 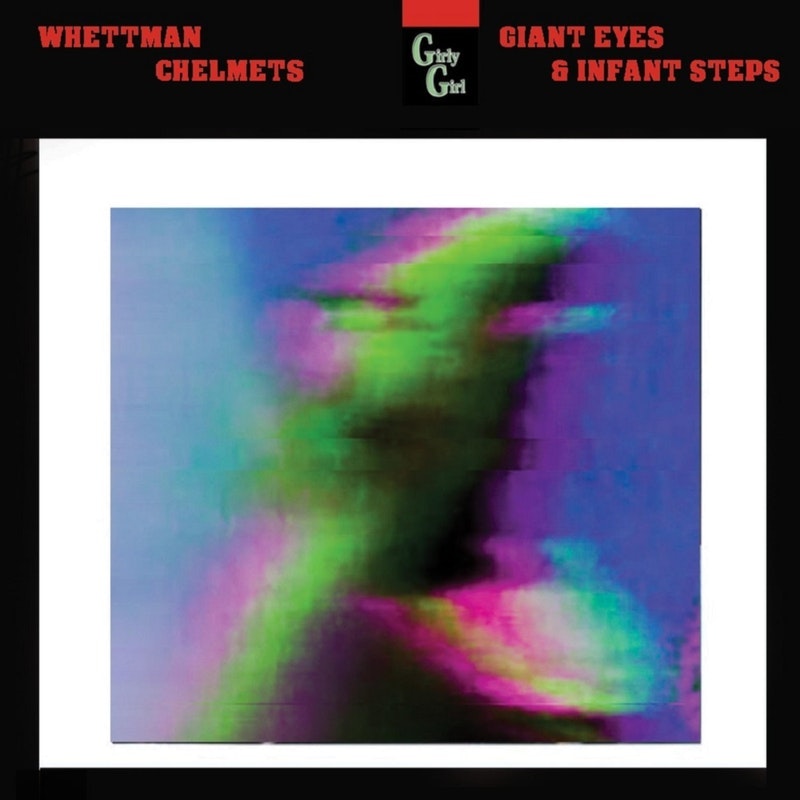 At first I couldn’t comprehend Whettman Chelmets’ Giant Eyes & Infant Steps. The only context I had was that it was inspired by the birth of Chelmets’ daughter last year. But after a couple of listens, I started to get it. I don't have children, so I could only vicariously relate. Putting myself in Chelmets’ shoes while listening to this concise album brought out repressed fear and doubt. I had to come back to earth and listen to the album as a selfish, childless being. It was more enjoyable that way.

There are moments in this album that are tender and loving, and moments of terror and doom. Moments where you feel trapped, unable to escape. The world seems too large and too small at the same time. Anxiety creeps like a black crow looming from a creaky post in the distance. Yet each of the six tracks work together to create this beautiful piece of music in all its rawness—I can only guess this is a metaphor for being a parent.

The intro track “Interruptus” is a frightening 45 seconds of sound. The song features two different voices speaking goo-goo-ga-ga gibberish to a child. But the voices are manipulated and pitch-shifted. They sound like they're from otherworldly creatures, speaking in a warped and unfathomable language. To close the track, the strange voice asks the child if she can say “dada.” The album then lifts off and drifts into forbidden territory.

Giant Eyes cleverly blends dark techno trance with dissonant ambience. Catchy beats mix with elements of Godspeed You! Black Emperor-style post-rock that weave into areas of white noise. The rhythms and grooves are taken over by thick drones that contaminate all structure. Though the themes are relatable, Giant Eyes & Infant Steps exists in a different universe, as if you've been sucked into a vortex and spit back out the other side. The closest state of mind I can compare this record to is a DMT or ketamine trip, where one foot is on the ledge and the other into the unknown. It's terrifying and exciting. The track names are hilarious while also conveying a sincere level of realism. In particular, “TFW It's 4:00 AM And You've Been Up Three Times Already” or “MRW I Drop The Passie In The Dark.”

The album fittingly concludes with the track “She Says Dada.” The song’s reminiscent of Stars of the Lid, with bright synth tones appearing and vanishing like twinkling stars against the night sky. Elements of Spirit They're Gone, Spirit They've Vanished-era Animal Collective are thrown in the mix too, particularly in the way Chelmets uses feedback. The track even features a loop of a child's voice, unaltered by effects or processing. It doesn't quite sound like the child is saying “dada,” but it's close enough. Perhaps it's the equivalent to “dada” in Chelmets’ parallel universe. Giant Eyes & Infant Steps is a blissful representation of the stage between birth and first words spoken, a delightful reflection of the beauty of birth and existence.