What the “Only One” Imbroglio Really Means

This isn’t about Paul McCartney or Kanye West. Not really. 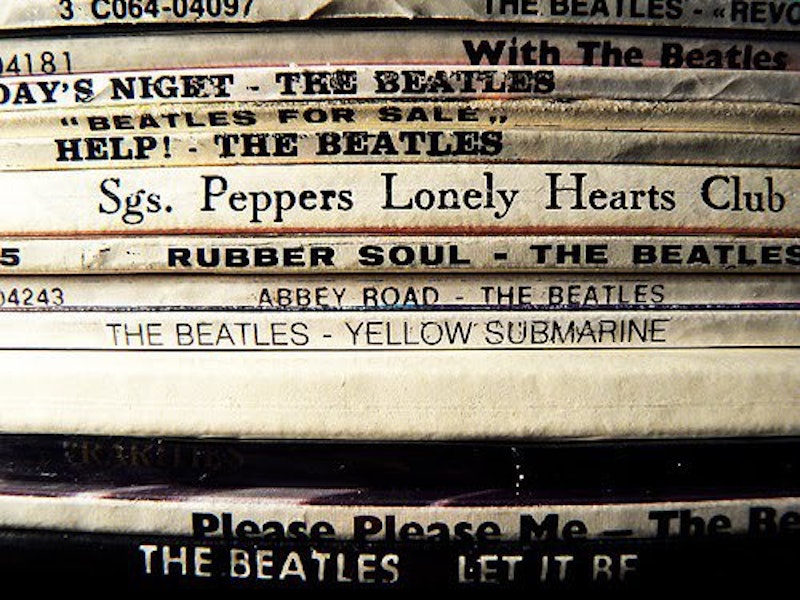 The Beatles aren’t—or weren’t—deities, and no-one should expect them to be treated as such, literally or rhetorically. Personally, I never bowed down; growing up, the Fab Four were great, naif pop tunes on classic rock radio, a staple in my Dad’s vinyl stash, a couple minutes of the cartoon Yellow Submarine movie. The copies of 1s, Sgt. Pepper’s Lonely Hearts Club Band, and The White Albums I inexplicably own have been thoroughly colonized by dust motes. While The Beatles are certainly important historically, they aren’t worth getting into fistfights over, and until last week, when a collaboration between Kanye West and Paul McCartney saw release, I barely had cause to even think about the fucking Beatles. Then, rightly or wrongly, “millennials don’t know who Paul McCartney is” exploded into a meme, and inexplicably, I felt myself becoming irate.

A few weeks ago, on NPR, the director of Selma related her experience following a test screening of the movie—teen viewers admitting that they hadn’t previously had any idea what “MLK” stood for, or why he was significant. He was just a holiday to them. Earlier this week, a Facebook friend who’s my age noted that a younger co-worker asked, in all sincerity, why John Lennon stopped making records. These examples are considerably more instructive than my 8-year old son asking me if I had a tablet when I was his age. Some of the “Macca who?” Tweets were jokes, sure, but honesty lurks beneath the surface of comedy.

Boomers generally can be forgiven for not being aware of Kanye West, beyond maybe knowing that he’s “the black guy married to the white girl with the ass.” I’m not picking on boomers, by the way; my parents are boomers, and I’m well aware that their concerns range way beyond pop culture to shit that actually matters; for the most part, they don’t have time to keep up and aren’t married to technology like younger people are.

Younger people? Different story. Now, what I’m about to say will make me seem incredibly old, cranky, and out-of-touch, but I’m gonna say it anyway: if you’re a young person—let’s say you’re between the ages of 15 and 25—then you have absolutely no excuse not to know that The Beatles existed once upon a time and were wildly, wildly popular. You don’t even have to like The Beatles, or know more than two songs. Or perhaps the entirely fathomable possibility that the monoculture is that deeply, irrevocably fractured—that the accumulated influences of parents, relatives, coincidences, friends blaring music at parties, advertising, department store PAs, radio, journalism, boundless adolescent curiosity coupled with the vast endlessness and availability of decades of music could somehow fail to bring kids within spitting distance of, I don’t know, “I Wanna Hold Your Hand”—is just too devastating for me to bear. In the grand scheme of things, it’s a bit obnoxious to obsess over in the grand scheme of things, I suppose. After all, it’s not as though America’s finest young minds don’t know who that mean German guy with the mustache was, that stern lady who sat on a bus, that bearded Jewish bro in the robe and sandals, or the guy who chopped down the cherry tree…