The Anxious Air of Sunrises America 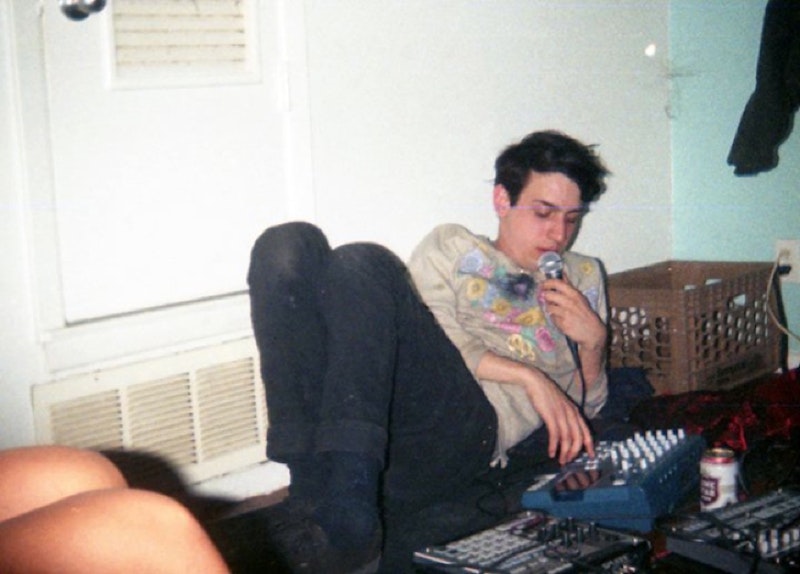 Jordan Romero’s work under the name Shy Violet was mostly melancholy lo-fi pop songs shrouded in tape haze and muck, the voice smoky and enveloping, sometimes more naked and clear, like on “Gypsy” and “Wendy.” A whole batch of songs dumped and then erased from Soundcloud last year comes from the land of misfit toys, hit singles without albums around them and work without context but recognizably Romero, who records almost exclusively to multi-track tape machines like the Yamaha MT-8X, and reel-to-reel two-inch tape. The warm and distant sound made by these machines and Romero’s melodic and sonic obsessions have a lot in common with R. Stevie Moore’s decades-long self-released library and Ariel Pink’s work as Haunted Graffiti, when the name meant music that was more obscure, theatrical, and side-winding. When Pink went hi-fi and had a hit with “Round and Round,” he still recorded and performed under a name scrawled on lonely stoner tapes crammed with as many gags as hooks. Romero’s most recent release, Sunrises America, is not a straightforward song record at all.

Sunrises America reminds me a lot of Song Cycle by Van Dyke Parks: a radio play with channel-surfing built-in. Deep green grooves abruptly switch to upbeat early morning TV theme music and snatches of spoken word segments, including one that sounds like a woman asking a record store clerk if something sounds psychedelic enough. Sunrises America sounds like the most complete work Romero has released so far, expansive and inviting while remaining hard to figure out and follow. It’s deeply unsettling and scary, even when marching band lines of major key figures tumble out of the fog of a bad dream. Sunrises America took half a dozen listens to appreciate how disturbing and brilliant it is, a perfect cross-point between Song Cycle and Strange Days by Eric Copeland: a flowing piece of music that captures what it feels like to be dreaming.

To be clear, I don’t mean “dreamy” like you would describe a shitty shoegaze band or a flavor of ice cream or someone cute. Nothing like crap “hypnagogic pop,” garbage words—records like this somehow manage to recreate the viscerally familiarity, distance, and vague fear of a dream. In each case—Parks, Copeland, and Romero—the sounds are recognizably theirs, and bits in isolation may seem innocent enough, but when each piece ends, I find myself still in it, eager to listen more to figure it out. Sunrises America ends in anxious air, sharp faraway drones and taunting voices interrupted by flanged razor blades and thickening clouds. This record will do your head in and make you want to play it over and over again, so stick with it. Having made dozens of fun-size lo-fi tape pop songs, Romero has already made his Song Cycle: sprawling, deeply personal, elusive, and fascinating, and creepy, the kind of creepy dream that sticks with you for the rest of the day.