We'll Leave It to You 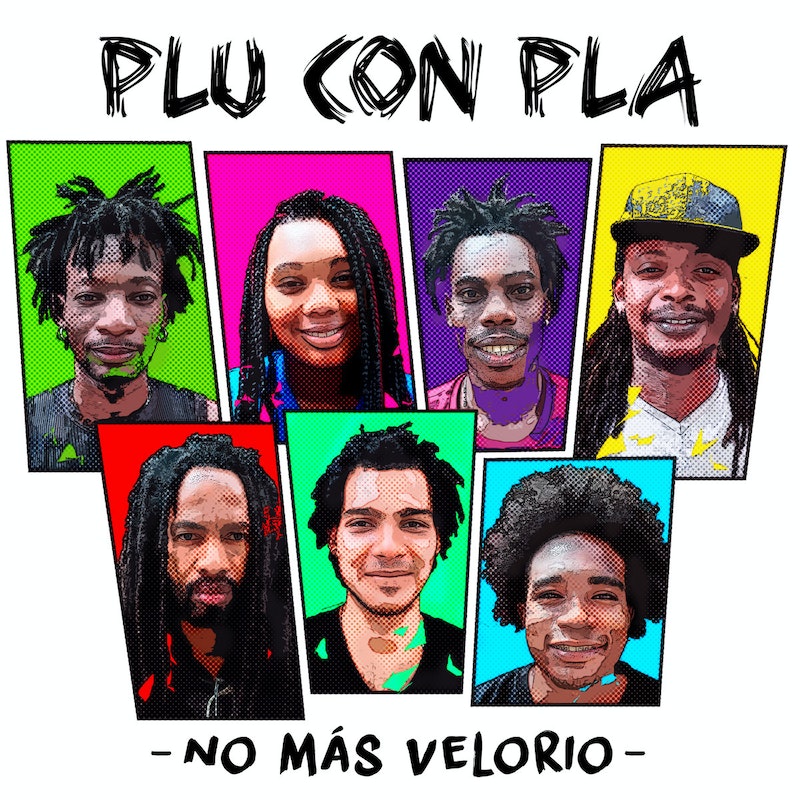 Music can be a private passion or a personal love. But it also has the ability to create a sense of community. The power of a lot of pop songs is that they they're meant just for you, and just for all those people over there as well. Everybody can play "Crazy in Love" at their wedding, and feel both uniquely understood and part of a universal tradition.

Plu Con Pla's recent EP No Más Velorio is speaking to a more specific and more limited audience than Beyoncé, but the creation of a smaller community can also be magical. The band is based in Tumaco on Colombia's southwest Pacific Coast, a city mainly populated by Afro-Colombian and indigenous people. It was a major site of violence during the long Colombian civil war, and even after the ceasefire, criminal gangs continue to operate. The murder rate in 2016 was 102 dead per 100,000 people, four times greater than the rate of the country as a whole.

Plu Con Pla addresses the violence directly. The name of their EP translates as "No More Funerals," and the lyrics are an aching plea for peace.

"We ask forgiveness
for whatever it is we’ve done
and we’ll live in the cloud
that way we won’t hurt anyone.

The words sound despairing, but the music is hopeful—because it's uptempo and it demands an audience. The Curralao rhythm is Afro-Colombian, but vocalist Jair Angulo and bassist Harold Tenorio Quiñones are strongly influenced by reggae, a style with an international profile and recognition. The combination is a mix that sounds both unique and familiar, as the song shifts from its opening Colombian percussion into reggae's more predictable shoulder-shrugging lope. "Ay, ay, ay, por Dio" the background singers chorus in a spine-tingling chorus that asks you to both witness and share their heartbreak.

"It's never been done before, this fusion between the Pacific Coast and reggae. It's like two bands in one," Mathias Lederer, co-founder of the Colombian label Galletas Calientas ("Hot Cookie") told me. Lederer is a French musician and music enthusiast who became fascinated by Colombian music and moved to the country. He found Plu Con Pla after an American friend, Michael Wagner, encountered the band on a bicycle tour of Colombia.

You can hear why the band found an international audience—however small—on a song like "Bombo," sung by female singer Isacarol Quiñones. The title refers to the Latin American drum, and the song has a shimmying party hook that speaks to dance floors everywhere, even as the reggae rant over Latin percussion sounds, joyfully, like nothing else. Quiñones winkingly references the unique flavor by repeating the bands name, "Plu con pla," which refers to a local fish with plantains.

"Insistencia" takes a reggae beat and speeds it up, like the band can't be contained in the form, but are ready to burst out of the bounds of genre at any moment. The last track, "Bereju," is even more intense, as vocalist Tumac is wrapped in layers of percussion and harmonies which pulse in sync and out of sync, impenetrable one moment and drawing you in the next.

"Fiesta En El Cielo" may be my favorite song. Angulo's voice rises above a blizzard of percussion, to be answered by the chorus with its African-tinged harmonies. The reggae influence is less pronounced, but is still there in touches, orienting you in a rush of layered melodies that feels like a kind of traditional shoegaze gospel. It's unearthly, but also grounded; the singer is taking wing to fly on home, or calling out to you in a strange voice that welcomes you in.

Community is a place, a tradition, and a painful history. But Plu Con Pla also treats it as a gift. Not many people will hear No Más Velorio, as these things go. But it's speaking about Tumaco to everyone.