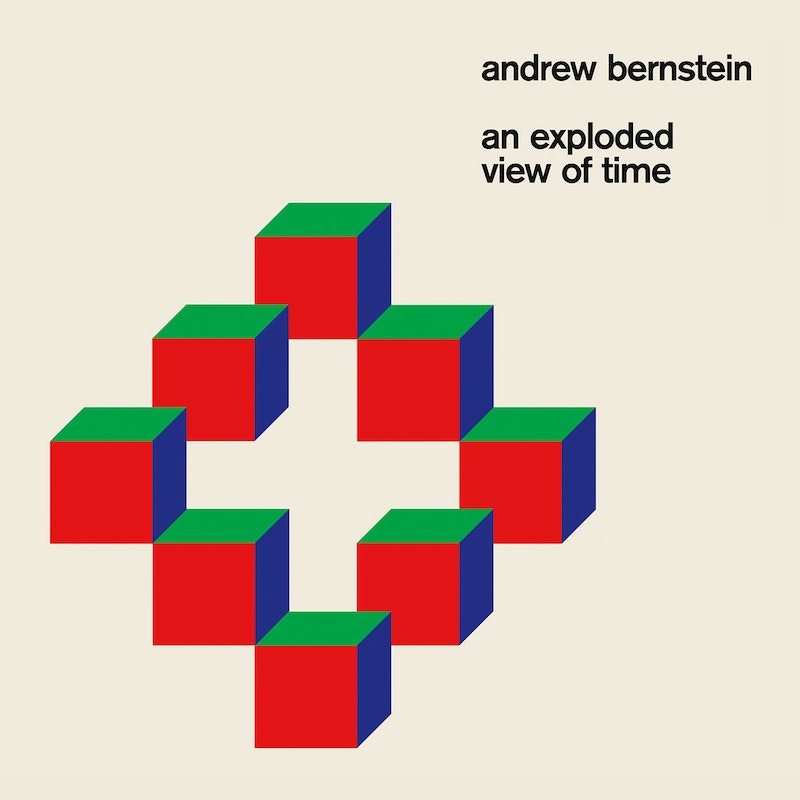 Minimalism rose to prominence in the 1960s around the same time as electronic music, and minimalist compositions often sound like an attempt by humans to capture the perfection and austerity of computer functions. Composers saw the coming digital age, and made music as data. Philip Glass and Steve Reich orchestrated sound to spool from living bodies with the blank repetitive rush of ones and zeros scrolling across a screen.

Andrew Bernstein's new album, An Exploded View of Time picks up that inhuman tradition and skronks with it. Saxophonist Bernstein is best known for his experimental band the Horse Lords, which creates trance-like math rock, owing as much to the Velvet Underground and Rush as to classical music. Bernstein's first album for Hausu Mountain, 2015's Cult Appeal, wasn't a complete departure, but moved more unequivocally towards avant-garde exploration.

The new album is, like the last, a solo saxophone outing. Hearing it in isolation, you'd guess that Bernstein had augmented his instrument via digital manipulation to create the pulsing, repetitive modulated phrases, and resorted to multi-track and loops to create the overwhelming walls of tranced-out sound. In fact, the performance is live. There’s no computer but Bernstein, breathing in organic binary.

"Broken Arc" is taken at an even faster pace, with cycling streams of notes interrupted by brief free-jazz like explorations, as if Bernstein is trying and failing to get away from his own uninterruptible programming. The short track "Dust" is also hard to process as solo saxophone, not because it's so virtuosic, but because the slowed-down tortured metal scraping and agonized wails on the track seem like they were made by a computer.

The longest track on the album, the almost nine-minute "Deus Ex Machina," is the one piece that’s augmented, not with multi-tracking, but with computer resonating software. The difference between human-generated and machine-generated sound is hard to pin down. The electronically generated part is mostly a shimmering echo, like soft ringing bells in the background as Bernstein runs through his flurry of notes. The less frantic, gentler digital bit sounds more human than the human component. The computer provides a spiritual counterpoint to the mechanized, impersonal assaultive human drone. Analog turns into digital and digital into analog; it's cyborg saxophone music for bonding with your calculator.

There are a couple of points where the carbon-based life form comes through. "Pressure Wave Meditations 1-XXIII" is much more spacious than the rest of the album, and you can hear Bernstein breathing, squeezing out spits of noise that sound less like a computer, and more like a human inspired by the bleeps and cracks of electronic music.

"Round Up," the final track on the album, is the most Horse Lords-like composition, with gestures towards melody and rhythm, and a tone that's more bagpipe than theramin. It's a bracing conclusion; a yawp of liberation from endless self-imposed loops. The last 30 seconds of frantic jazzy blowing serves as a personal coda and victory lap. Bernstein, like minimalists before him, has made computer music while remaining analog.