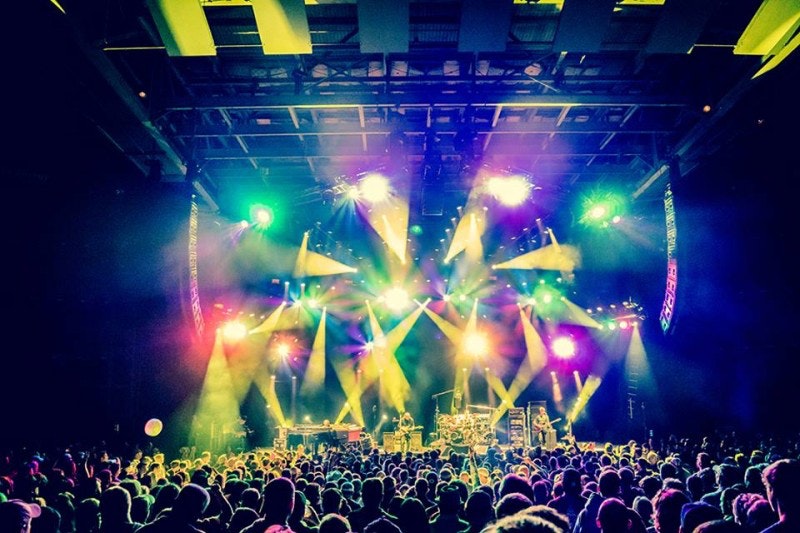 There’s a lot to be said for being invited into a neighbor’s home and treated to an impromptu performance you didn’t expect, and to come away with the impression that you were just in the presence of someone with a true gift. George Taylor and I were neighbors in Round Rock some years back, and the man practically oozes music; country-western is his métier and calling card, but there’s something even more compelling in his forays into folk, and the blues. On Rain or Shine he explores the blues with a greater conviction than on TroubleTown; “Railroad Song” is the song I keep coming back to, with its thick fog of harmonica skronk, pedal steel, and kinked guitar filigrees. Everything about the instrumental performances feels simultaneously freewheeling and congested, as though impulses were acting at cross-purposes to produce an accidental frisson: a manifestation of the imaginary of the American train vs. the actual noise and complication of the machine. Taylor’s in fine, pleading voice as well, singing the pain of a widened distance between yearning hearts and maybe, just maybe, envying trains their abandon, their wanderlust and their journeys.

A lot goes down during the six minutes of “Troix II.” There are the high tonal anchors that shift, inconsistently, in and out of phase; there are the buzzing black waves that advance, recede, and combust without warning; there are the white hot scrims of digital feedback that are equally mercurial; there are odd, thrilling effects swirling around in a mix that’s nearly indistinguishable from murk. Like the rest of Chimera, ”Troix II” is suffused in pure putrid mood.

Unlike the rest of Chimera, “Troix II” is divorced from a nocturnal/supernatural eeriness that characterized David Yow’s Tonight You Look Like a Spider or one of Wolf Eyes’ more atmospheric outings. The emotion here isn’t dread or discomfort so much as a sort of lonely emptiness, like waiting alone on a pier at three a.m. for the next ferry to happen along, fog everywhere, strange sounds and lights and changes in air pressure surrounding you—but with the very real assurance, somehow on good authority, that nothing bad is going to happen to you out here, that Robert Blake from Lost Highway isn’t gonna materialize out of nowhere to hand you a cell phone to your house where Robert Blake from Lost Highway is stretched out on your couch. Which couldn’t even happen, but even if it did, would it be that terrible?

In college there was this one douchebag who was obsessed with the Dave Matthews Band: had the albums, the singles with the B-sides, a ton of live tapes, and arranged them into a shrine. Then there was the self-reinvention artist bro who couldn’t get enough of the Mr. T Experience. Ultimately it was way more fun to hang out with the diehard Phish fan who lived down the hall junior and senior years, who owned an impressive assortment of wind and percussion instruments of international provenance, who was a dead ringer for Shaggy of Scooby-Doo renown, who would crank a commercially sanctioned bootleg as we both enjoyed ill-lucid states of being. I secretly dug Phish, but I didn’t “get” Phish, and I won’t pretend that much has changed since then: ganked a rip of Round Room and enjoyed it but the hooks didn’t stick; copped A Live One in an iTunes fire sale and while it made for pleasant enough listening for some of a drive to NYC, I could take it or leave it.

Only an early demo of “Backwards Down the Number Line” made a dent, maybe because it was something my son and I used to sing along to in the car together, on those pre-Texas Saturdays when we’d venture out to a local park to play. It’s entirely possible that I was and remain too much of an uptight asshole to fully surrender myself to the intricacies and virtuosity of the jam band aesthetic, but I always leaven my lack of connection with the expectation that eventually understanding will strike, like a bolt of lightning.

New album Fuego is not that bolt of lightning; maybe a mild electrical-outlet shock. Fuego is Phish light, Phish tamed, some chilled out dad-rock Phish, Pavement down-shifting into Brighten The Corners Phish. The few music-reviewing entities who’ve bothered to review the album have panned it unmercifully—which, you know, sucks for them; given the low personal stakes, I’m not experiencing any degree of betrayal, just grooving with some dudes who aren’t hung up on studio improvisation these days. “The Line,” from Fuego, is practically freakish: low-tempo, piano-drenched MOR full of fake doo-wop and steady cymbal rides and fake Billy Joel vocals. The thing simmers and shimmers and limps and shines like a sunset that refuses to end, like a gospel number covered by a 1970s mustache vanilla rock singles band that forgot to score more cocaine en route to the studio after promising, upon coming to in someone’s Hollywood Hills crash pad, that the never-ending party was inarguably, finally, and definitively over.