When Rock Had Style Not Stylists

Lisa Robinson's There Goes Gravity is all boring rehash. 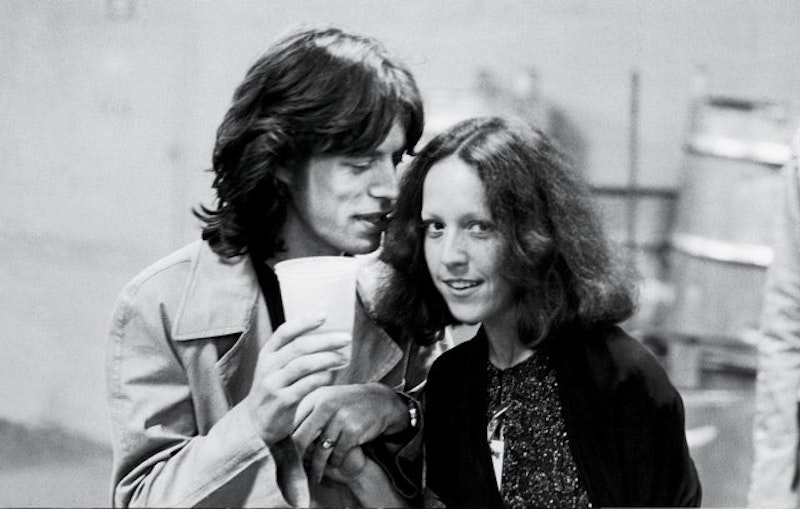 A lot of music writers from rock’s first generation are capable of lauding the stars of their youth and rehashing old quarrels, but famous journalist Lisa Robinson shows no interest in transcending these stereotypes. She’s interviewed seemingly every white rock star—the Stones, Zeppelin, the Clash, Elvis Costello, John Lennon, Bono. She’s befriended Patti Smith, Michael Jackson, and Lady Gaga. She’s had great views at an inordinate number of shows, and hit the road for blockbuster tours. There Goes Gravity, her new book recounting these experiences, attempts to elbow its way into a crowded field.

All the figures discussed are rock and roll institutions. We’ve seen enough books on the Stones recently—including Keith Richards’ hilarious memoir—to fill a mid-sized library. Michael Jackson was the subject of a Robert Caro-sized volume. CBGB reminiscences are a cottage industry. John Lennon’s letters were collected and published; his life has been reenacted in the movies. It’s hard to provide fresh perspective on these guys. Most of the books about music that get published these days focus on that tiny slice of the most successful musicians between 1965 and 1985. The more of these that come out, the less information there is to extract from them.

Robinson got her start doing filing work for Richard Robinson, a syndicated newspaper columnist who also had a radio show and job at Buddah records. The two got married, and in 1969, he handed her a weekly assignment he no longer wanted—writing for Disc and Music Echo, an English publication. It was a different time: pop writing was several years behind in its development.

Working in a fledgling business, it helps to have attitude, which Robinson had to spare. “[I]n 1973, by the time I met Led Zeppelin’s Robert Plant… I thought he was a bit provincial.” She also had a different angle then her male counterparts—and with a few exceptions, like Ellen Willis, most early music writers were men. “I wasn’t a critic,” Robinson points out. “I wrote gossipy columns and conducted interviews. This was somewhat of a rarity… when ‘rock journalism’ was in its infancy and mostly populated by boys who had ambitions to become the next Norman Mailer.”

Robinson offers plenty of amusing stories. “Phil [Spector] always used the expression, ‘We’ll double-cross that bridge when we get to it.’” Robert Plant “referred to [Led] Zeppelin’s tours as ‘the crusades.’” When interviewing Keith Richards, he “talked in his trademark slur,” but Robinson “was able to decipher [it] later on by speeding up the tape.” Joe Strummer, lead singer of the Clash, suggests to her “talking fast is one of the finest things America has ever invented.”

What often stands out in There Goes Gravity is Robinson’s potshots at other critics and musicians. “Lester Bangs… was occasionally lovable and often drunk, but never both. We had no indication at that time that Lester—as opposed to the more talented Richard Meltzer—would wind up as a legend…” Bangs has plenty of detractors, but since he is dead and unable to defend himself, knocking him seems unnecessary. With all the material she has, why waste time on this?

Lou Reed—also famously volatile and now dead—comes under fire as well. Robinson apparently connected David Bowie, Iggy Pop, and Reed, no small feat, but one she came to regret. Reed picked Robinson’s husband to produce his first solo album, but ditched him in favor of Bowie for the follow-up. Robinson “stopped speaking to, and writing about, both Bowie and Lou for a while.” She notes that Reed “embraced a tacky glamrock phase with messy makeup and tottering high heels.” (Her hubby got back in the producer’s chair for Street Hassle.)

Robinson harbors a special dislike for Madonna. She “was the only one in thousands of interviews that I did over four decades who gave me absolutely nothing… No passion. She talked about album sales… She said she knew she could sing (not the majority opinion)…” It sucks to have an unresponsive interview subject, but it doesn’t seem appropriate to translate that misfortune into dismissing your subject’s music. Madonna has likely sold more albums than any woman in history. Taking a crack at her singing voice makes you seem small; it also misses the point.

Unfortunately, the insults and airing of grievances often take over the book. “In the 1960s,” writes Robinson, “musicians like Janis Joplin and Jimi Hendrix had style, not stylists.” And movies were only a dollar! Robinson claims credit for describing musicians as “geniuses” (her publication Rock Scene once captioned a picture of Patti Smith’s guitarist Lenny Kaye as “rock genius”), and you don’t doubt her. You simply don't care.