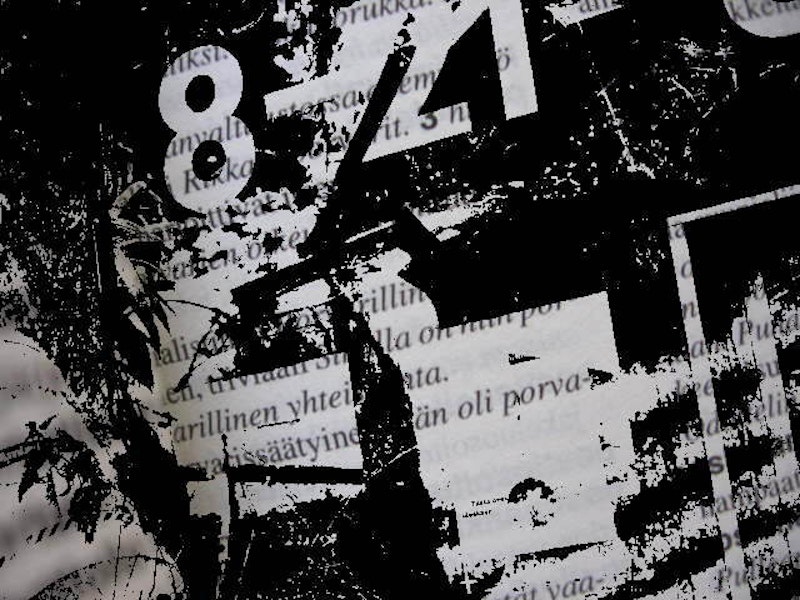 Drawing a bead on “Purple Pulses” is a difficult business because it’s so minimal, so compressed: a spiraling wisp of a signal snaking between whistle, static and tremble. Typically, noise traditionalists are inclined to pile these elements high, but Loopy Nest is less interested in offering transcendence via annihilating volume than in simulating a winter’s day on the tundra. That’s on a strictly aural level, of course; to take in the accompanying visuals, late at night, is to feel your pulse rate drop considerably.

“Fun with tape decks,” by the sound of things. Here, a woman’s indistinct voice—a book on cassette, maybe?—is bound and insistently cross-cut with sprigs of amateur piano, expectantly blank field recordings, and, eventually, masochistic shocks of noise. The pacing is such that it’s never boring, as one never knows when or whether an established sound source will be inhaled by rewinding or exhaled via the fast-forward button. Actually, the slashing at near the end makes me think of samurai swords crossing in battle—as though a banal music lesson somehow transformed, very incongruously, into a bootleg copy of Shogun Assassin.

“Shaimaa”—click here for more on its subject—reminds me of Hans Zimmer’s "Aurora," another haunting hymn of mourning. Both songs are drones dependent on reverb and wordless voice; the difference is that Zimmer snuck in melody, while Kervinen is more concerned with the instructive nature of textures. “Shaimaa” first sounds, then shimmers, then turns ghostly—then the tone melts into a sheen of static before re-emerging on the other side and passing through brief batteries of what could be snare (maybe?) and machine-shop noise (nah). Any perceived symbolism is not far from the mark, I expect.