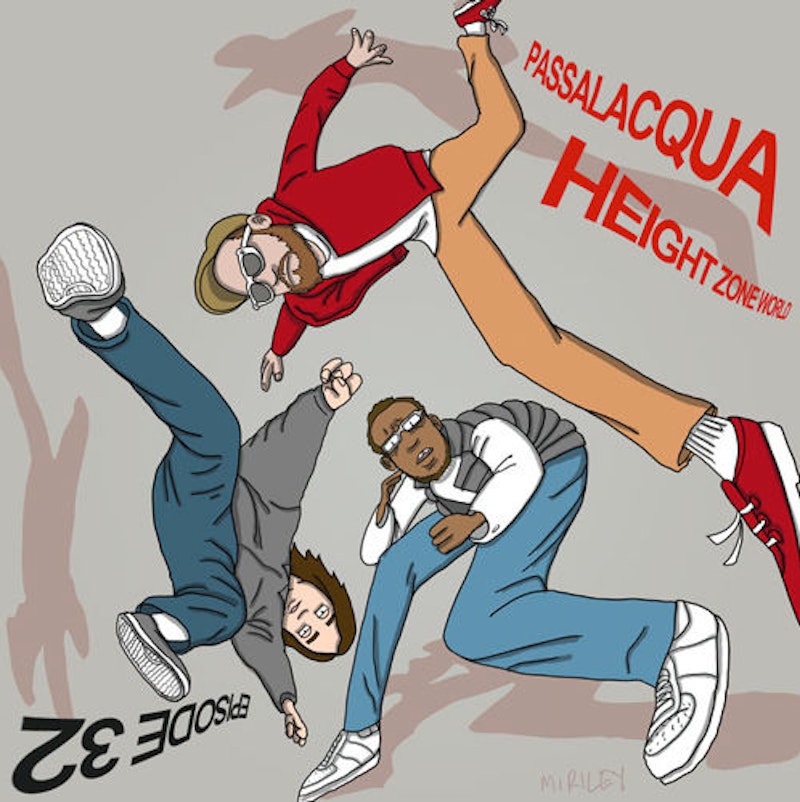 My guests this week are Blak Smith and Mister of Passalacqua. I’ve been a fan since I first played with them in 2011. We laid this episode down on Saturday March 7th, one hour before hitting the road together for our tour.

We talk about Blak Smith’s start as a poet, and Mister’s background as a horrorcore fan. They tell me how they formed into a duo, and how they gained a foothold in their hometown of Detroit. We discuss the challenge of touring as the lone rap group on rock bills, and how they look forward to this current rap round robin tour.

Mike Riley’s art this week is an homage to Leaders of the New School’s “A Future Without A Past.”