A name for this past decade’s indie-rock scourge. 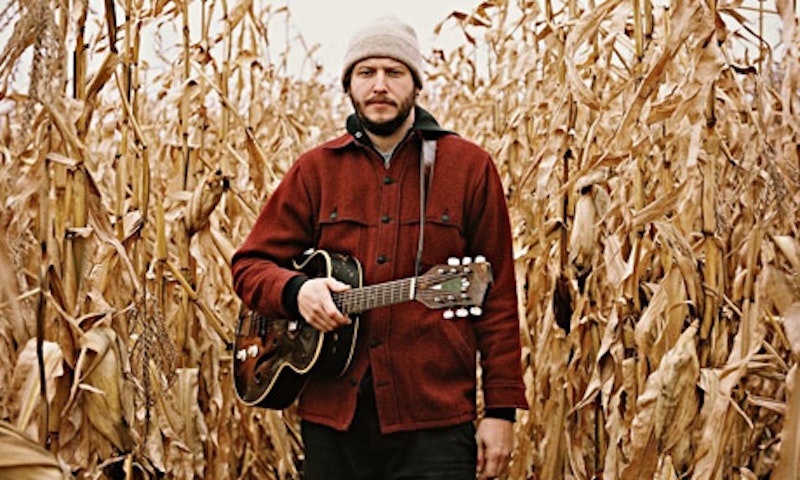 “Whooaaaaaaaaaaa Whoa! Ohhhh Ohhhh Ohhh Ohhhh Ohhhhhhhhhhhhh Ohhh! Ohh-Ohh-Ohh-Ohh-Ohhhhhhh-Oh! Oh-Oh-Oh-Ohhhhh!” Drive Hyundai for moments of clarity like this. For nearly a decade, a certain type of indie rock has plagued movie trailers and commercials pimping cars, insurance and refinancing. Images of the open road and white people hanging out of windows, beaming like God, just massaged the meaning of life directly into their beards and slipped a little extra into the button pockets of their cowboy flannels, thin as silk. Ready-made moments of clarity, the playful melancholy of a comfortable but boring suburban life. But instead of seeking the comfort as sad, or asking how we got here, this breed of song shrugs its shoulders, looks at the stars and sighs wistfully, “Everything is everything, and I’m okay.” This is epiphany core: best described by the phrase “The world is a beautiful place and I am no longer afraid to die.” (That’s a real band name—but they’re not epiphany core.)

Where did this start? Prototypical works of epiphany core: “Wake Up” by Arcade Fire (2004), “Do You Realize??” by the Flaming Lips (2002), Broken Social Scene’s self-titled album from 2005, and Illinois by Sufjan Stevens, released to hysterical acclaim in 2005. So that’s first wave—and for what it’s worth, I still like these records a lot, but everything that came after in the historic second and third waves of the epiphany core revolution was unlistenable garbage—The Lumineers, Edward Sharpe & the Magnetic Zeroes, Imagine Dragons, Snow Patrol. My friend Jon pinned Neutral Milk Hotel’s In the Aeroplane Over the Sea (1998) as ground zero for this sound. You can just tell that all these bands had a time in their lives when Aeroplane “was everything” and “changed” or “saved” them. “Chicago” by Sufjan Stevens and its prominent use in trailers and television commercials for Little Miss Sunshine was the first major marketing campaign built on epiphany core, and not long after, all these holy roller-indie rockers were the soundtrack to buying a Range Rover as cosmic experience. There’s no love lost with those early aughts indie rock records. Lots of great songs, but they ignored the zeitgeist (neck deep in two disastrous wars) for some quality head-sand contact. I can only imagine it was much more upsetting to see the most superficial elements of Nirvana and the British Invasion diluted and calculated for maximum immediate impact.

It’s about putting a name to it, recognizing the problem and addressing it as such. Fads come and go, and even though we’ve have passed peak epiphany core, the residue takes a long time to wash off completely. The aesthetic and sensibility of epiphany core is best demonstrated by the mythology of how Bon Iver made For Emma, Forever Ago: dude was mega sad over a break-up, isolated himself in a cabin in snowy woods, laid down some demos, and then was convinced to release the songs as is, Nebraska style. Sorry, but For Emma, Forever Ago is a seminal record now. While those songs are quite good, and like many epiphany core bands, totally sincere, they betray a lack of worldly perspective and concern with anything other than navel gazing or manual stimulation. I’m not expecting Noam Chomsky on the mic, but at least communicate music videos where you hang out under the stars with your best friend who you’re also super in love with, and, whoa, isn’t that just like soooo super funny and sad? Life is crazy!

Epiphany core’s white supremacist undertones will do it no good going forward (artisanal, beards, log cabins, flannel, vests, fedoras, and a conscious decision to ignore every –ism) working against everyone who isn’t a white man that’s baked into the system, the canon, the world we live in. Only every other generation or so gets lucky enough to have articulate, creative, and threatening artists as their voice. All we’ve got to show for this new millennium are sepia-toned bores and brainless children oh-whoa-ing about how fuckin’ crazy life is man, right? High time for imitators to pass into history unnoticed and remembered only by the people who made millions off those ready made moments of clarity.