Metal Will Destroy All Your Music 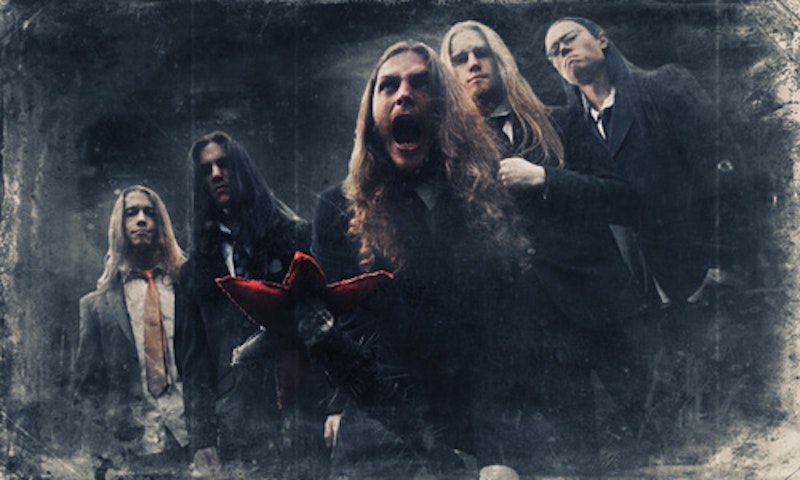 Even in the balkanized landscape of post-Internet pop music, extreme metal remains an oddity; a bizarre thing-that-should-not-be stuffed away in an iron fortress, putrefying loudly but obscurely off by itself. It's been at least 25 years since grungy metal was on the radio in any form. But while metal isn't exactly popular, it doesn't have any of the authenticity cred associated with roots music subcultures or genres either. Nor is it hip and alternative, like punk or electronica or non-top-40 hip-hop—nor snooty and experimental, like contemporary classical or noise music. Metal exists in its own box, without any dialectical or critical relationship with anything. Metal is metal; it speaks to itself of itself in its own demonic voice, burning in its own unseen and unknown abyss.

Because metal is in its own hell doing its own thing, looking through metal eyes at the mainstream, or through mainstream eyes at metal, can give you an odd and sometimes unexpected perspective—as several recent releases demonstrate.

The first of these is Deathbreed's New World Order. This is straight-up, fearsome technical death metal, with all the hallmarks of the genre in place; it has the lung-tearing gargled monster vocals and the tight hammering assault, like prog subjected to an evil assembly line. The lyrical content (helpfully spelled out on the title track video) focuses on the evil of big government and the police state. It's brutal totalitarian music about the evils of brutal totalitarianism.

In metal terms, Deathbreed is basically a roots outfit; they follow the blueprint of early technical death bands like Atheist or Death with a fidelity that would charm a bluegrass festival. But this is roots without rootsiness; it's a musical tradition that isn't explicitly linked to the kind of imagined marginalized communities that are usually the point of retro-exercises. The form becomes its own meaning, without outside referent. Tradition turns into a zombie machine, a blind automaton cursing modernity and regimentation. On New World Order, soul is just another gear bleakly turning. Your ancestors are repurposed widgets, welded into an iron wall.

There are echoes of the Velvet Underground or Sonic Youth's merging of high art experiment and hip low-fi dirge. But there's no sense of hip alternative or opposition to a banal mainstream; New York cool is replaced with earnest spiritual/demonic exploration. What if all those snot-nosed art school kids were actually blissed-out black monks dreaming? Noise isn't a statement but a ritual purification—which turns hipsters into the devout, or the devout into hipsters, depending on which edge of the abyss you're squatting on.

Mastery's Valis is experimental too, but in a more straightforwardly assaultive vein. The album is all shrieking blast beats and piercing riffs, a chaotic random storm. The effect feels almost like free jazz. But without the avant-garde ideology of individualism, the Jackson Pollock randomness comes across as the agonized gibberish of the tortured rather than the effusive swagger of the artist. The triumph of the genius becomes indistinguishable from the damned crying in torment.

So, through metal, authenticity turns into empty ritual; posturing transforms into religious ecstasy; individuality and empowerment change into anonymous masochistic obliteration. This isn't to say that metal's perspective is the "real" one—that Ornette Coleman's true self is Mastery, or Bill Monroe is actually Deathbreed, or vice versa. Rather the way other music warps when put next to metal is a measure of how much meaning relies, not just on context, but on connection—on the understanding that what you sing over here is related to what they're playing over there. As far as metal goes, the pretense of connection that underlies the bulk of (broadly defined) pop is replaced with a pretense of disconnection. Everything looks different from metal because everyone has agreed that everything will look different. That arbitrariness is disturbing and stupid and grating and beautiful—like metal itself.