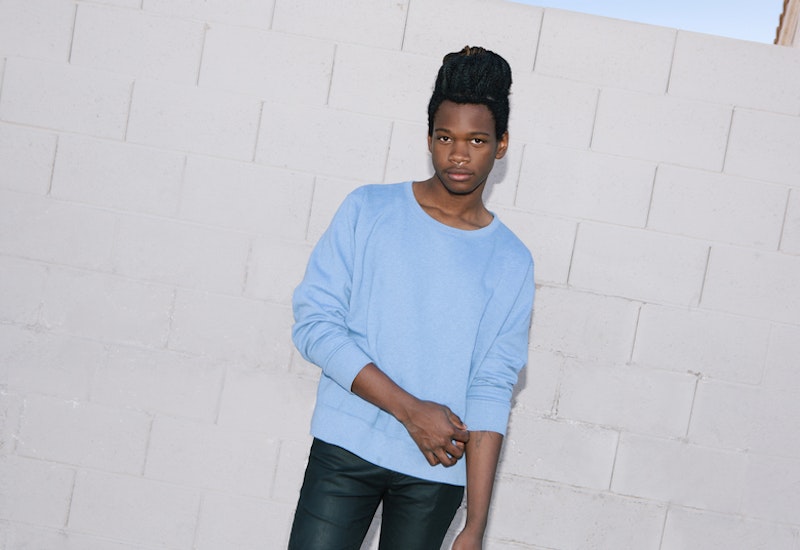 Now as ever, the purpose or function of A$AP Rocky eludes me: why is this guy a rapper? What does he even bring to the hip-hop table? There’s nothing distinctive about his cadence or word arrangements, nothing special that sets him apart from MCs above or below his pay grade. Rocky is compelling to watch, certainly, and it isn’t difficult to imagine modeling or executive clothes horsing in his future. But nobody—seriously, nobody—will remember “Excuse Me” during Fashion Week 2023. Sonically it’s of a piece with the album surrounding it: flash-frozen strings and sleepy pianos lost in a cloud of weed smoke. Our host cheapens the beat with boilerplate disconnected from consequence, sleepwalking through it as if in time with a metronome, punctuating verses with bruhs so distinctly imitative that I’d be surprised if Plies wasn’t cashing generous royalty checks from RCA by July.

Shamir, “Call It Off”

“Call It Off” is inarguably a young person’s pop break-up anthem, where the act of slamming doors and skulking out of the house forever is accompanied by telegenic Technicolor wildlife and the flash-mob dancers from Ferris Bueller’s Day Off or something. More fish in the sea, life is long, etc.—truisms that crumble the nearer one gets to retirement age. But since we’re all forever young in modern culture, expect to hear this jam on a lot of frenetic divorce-party playlists. Why? It’s frisky, fun, and brief—sassy fake Michael Jackson for anyone born after The King of Pop’s heyday or trying to forget they ever adored him. The talent and confidence Shamir radiates is inspiring, even if Ratchet makes the mistake of frontloading the hot, actively-titled singles so that the wind-down’s a dark slog.

It’s become painfully clear that no single from Carly Rae Jepsen’s sophomore album is likely to repeat the sickening world dominance of “Call Me Maybe.” To be fair, though, “I Really Like You” doesn’t really try: like the narrator, the song just wants to be liked, not loved, and from that perspective it succeeds. That’s a cynical gamble, right? Aiming straight for non-smash Madonna/Cyndi territory—gold hooks over platinum, limited melisma—with a more chaste version of the sentiment from Liz Phair’s “Why Can’t I?” at the core is some long-con game that (perhaps) demonstrates how savvy Jepsen really is. Perhaps she’s preparing those indefatigable tween fans who couldn’t quite get enough of “Call Me Maybe” for a future of diminished expectations.