In the Age of Streaming, What Is a Music Collection?

It's a good solution for people who want to have all the music. 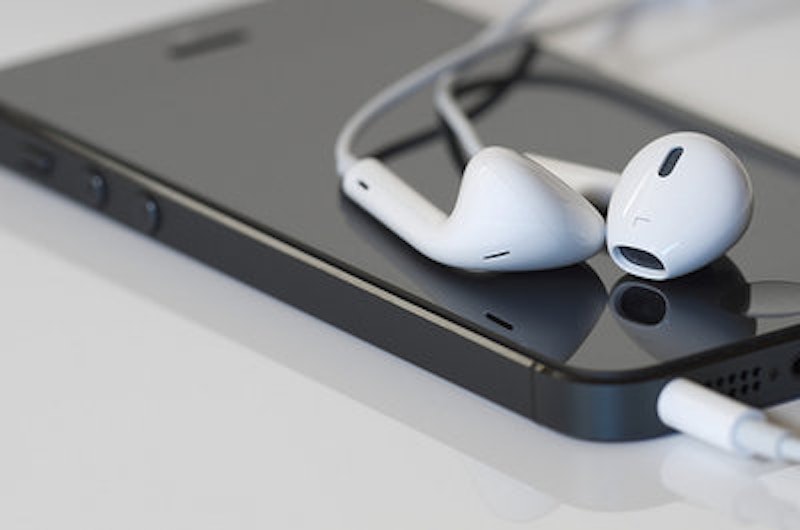 A few weeks ago I lost my iPhone and was so annoyed because that’s never happened before. Lots of people lose their phones but I never thought it would happen to me because I’m nearly always on the thing. Oh well. Thank god I didn’t have dick pics or anything else scandalous on that bad boy so I don’t have to worry about a stranger seeing my or anyone else’s balls.

Getting a new phone is exciting but it also really sucks. I couldn’t afford to buy a new iPhone off contract so I ditched Apple and got a Google Nexus to tide me over until I’m eligible for the free upgrade to iPhone whatever. The most irksome part of losing a phone or even starting over with a new computer these days is getting all your material back on the device. Most of my really important stuff, like photos or important documents, I’ve learned to keep in the cloud, so if my computer crashes I’m not too worried because I can get it back to the way it was within a matter of hours.

I have 60 GB of tunes. That’s 60 GB of life memories and if you lose your music you lose your memories. I have sonatas and partitas, symphonies and concerti, pop songs and diva ballads, disco and techno, house and Yanni. Yes Yanni. I’m so worried about losing my music collection that I keep it backed up on my external hard drive as well as on three backup SD cards so I know I’m safe. But today, backing up to multiple safe spots is an increasingly old-fashioned way of managing your music. What’s the point of backing up all your music files for a rainy day when you can access the same songs instantly by paying a nominal subscription fee?

On June 8th, Apple unveiled a new music subscription service called Apple Music. With competition from Spotify and Tidal, and a defiant move away from a free subscription model, Apple places a huge bet that it can revolutionize the streaming market because tens of millions of people already have iPhones, iPods, iPads or iTunes. The real trick will be if Apple can convince people to stop buying albums or singles or altogether listening to music for free and pay $10 per month to access all-you-can-eat music.

Streaming is music to the ears of media hoarders like me. Lost your phone? No worries. Just log back into Spotify and all your music is right there! Don’t have enough space on your 16GB phone? Ditch the playlists you’re no longer listening to and voila!

When you’re a media hoarder you have a 32 GB phone or iPad or a 128 GB phone and you flood it with stuff you can barely use in one setting. You could ask why anybody needs 40 GB of music on their phone when they could just stream all the music they really listen to, save a few things for offline and ditch them when they no longer need it. But if I don’t have every single one of my songs from by 60 GB library on my phone or laptop then I’m not doing it right. Of course, when was the last time I actually listened to Britney Spears, even though I have all her albums in my collection?

Music streaming is plenty convenient and puts media hoarding to an end. But what does it mean to have a music library in the age of streaming? I love scrolling through someone’s music to get a sense of their taste, which changes over time. But the thing about having a personal music collection is that it is your collection. You built it. You bought those albums or tracks or illegally downloaded them or were given them on a mixtape by a boyfriend or girlfriend. Over the years you’ve collected them and as a collection it tells your personal audio biography. That’s why you keep it backed up on a hard drive. With streaming you get the benefit of having access to any song at anytime but put all your memories in the cloud, ready to delete when you’re done.

Music has always been about narrating human experiences. Music accompanies graduation ceremonies and house parties and sex and road trips. You’d probably delete a Spotify road trip playlist for instance, but wouldn’t delete those songs from a music collection you bought.

And when couples say, “That’s our song!” it’s because that song reminds them of a key point in their relationship. Or if you break up with someone then there are songs you can’t play anymore without bawling your eyes out, but you don’t delete them or trash the mixtape. You keep them.

Streaming is a good solution for people who want to have all the music. And I don’t think that streaming your music will mean you can’t set your memories to music anymore, but I do wonder what’s left if even your memories come from the cloud.