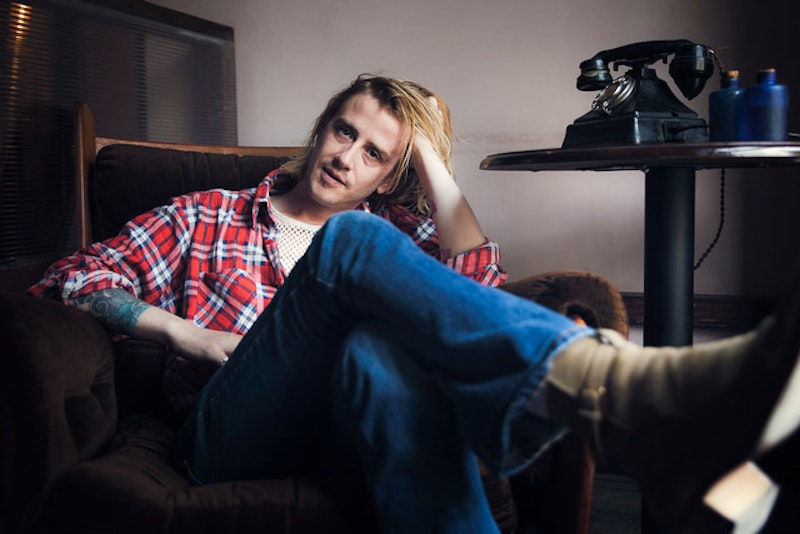 Christopher Owens has been on the brink of success since his first record with Girls, Album, was a critical darling and quota check for nice easy breezy beautiful pop rock. Besides “Lust for Life” and “Vomit,” I never had a reaction to any of Owens’ music in Girls, because it was too simple and derivative. “I wish I had a suntan/I wish I had a pizza and a bottle of wine” is a great couplet, and “Lust for Life” legitimizes its well-worn title by succeeding in its directness and common chords. “Hellhole Ratrace,” a slow-burn lighters in the air sort of song, just never did it for me—too drawn out, with a skeletal guitar progression that is totally at odds with the detail and the mood of the lyric. That concludes my thoughts on Christopher Owens as of last week.

Though Girls went on to release another LP and an EP before breaking up in 2012, nothing much has changed. Girls was a core duo surrounded by revolving players on the road and in the studio. Owens ditched the dead weight and went off on his own, releasing Lysandre in 2012 and A New Testament last September. With those first two, it was hard to forget that Owens felt he had a lot to prove after breaking up his “band.” It’s a familiar story: artist is recognized, praised, and paid all over the world for a specific piece or a style that everyone assumes is their essence, instead of just another trick. And Owens’ records have gotten progressively more complicated, whether in approach, arranging, number of players, or his lyrics.

Chrissybaby Forever is a nice way to say hello again. Released in its entirety last week with no prior notice or hype, Chrissybaby Forever is exactly the sort of casual, relaxed, and off-the-cuff music that Owens was lauded for six years ago. But even though these songs are delightfully derivative and simple in their chords and some melodies, they’re enveloped in the same frank, casual paranoia that characterizes The White Album, and deep sadness cut with gallows humor, like the song “Heroine (Got Nothing on You),” a doo-wop song full of double entendres about Owens’ former drug of choice. Parts like the electric guitar lead processed through an extremely wet flanger, or the tremolo lead on “Another Loser Fuck Up,” a straightforward line, but each note is its own world, the feel and phrasing of the playing is that exceptional. The casual but vaguely anxious mood of the record hits a sweet spot for me, where everything else Owens has done was too contrived or fussed over. Wouldn’t you be anxious, too? When your first two records are still beloved but they’re under a generic group name like Girls which has since been used for a much more widely known TV show—I’m getting annoyed just spelling it out. Don’t begrudge Owens for trying and sometimes succeeding, sometimes failing. This is his meal ticket, and his name is his future. On Chrissybaby Forever, Owens isn’t interested one bit in proving anything, and it makes for his most well-rounded record yet.