There’s just not much buried in the Rolling Stones’ vaults. 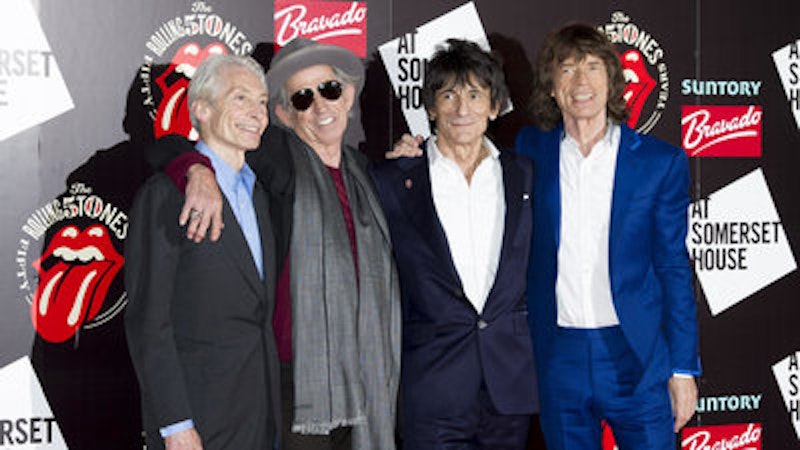 Growing up, I didn’t know a more dedicated Rolling Stones fan than my brother Gary. One spring afternoon in 1966, when my dad and I were picking him up at Huntington High School after lacrosse practice, on the way home, a WABC deejay played “Paint It Black” for the first time, and Gar and I went completely nuts. On occasion—probably too often—I tell my boys of the December day in ’68 when Gary and I went to the local Sam Goody’s at the Walt Whitman mall and bought both Beggar’s Banquet and The Beatles double-LP, “The White Album.” On the same day!

Anyway, time passed, and after the Stones’ brilliant Exile on Main Street, I largely fell off the train, disappointed with Goat’s Head Soup and It’s Only Rock ‘N’ Roll, the last two records by the group I paid cash money for. (I did like “Beast of Burden” and “Shattered” from Some Girls in ’78, but the rest of that “comeback” album left me cold.) Gary was less dismissive, and tried, without success, to whip up my enthusiasm in ‘81 when “Start Me Up,” from the Stones’ decidedly bronze-age Tattoo You, was released. Warmed-over “Jumping Jack Flash”/”Brown Sugar,” I reckoned, Mick Jagger, almost 40, knowing the creative years were over, and throwing out re-hashed songs that would play well on Stadium tours and for a new generation of listeners.

A few days ago, I spoke to Gary, asking if he’d picked up the two-CD re-release of Sticky Fingers, which I did last weekend, and told him that while the ’71 placeholder between Let It Bleed and Exile hadn’t aged all that well (we’re speaking comparatively, here), the “bonus” tracks on the second CD had a few raucous gems, especially the extended mix of “Bitch,” with Mick all manic and Mick Taylor playing his guitar like a man possessed. Should’ve been on the original album. Gary, in London right now, allowed how he’d read a few reviews, and said yes, he’d pick it up, but “Sticky Fingers was many, many moonlight miles ago, although I’ll probably listen to it two or three times.” As fans learned on the fortified re-release of Exile, also with “bonus” songs, the Stones (like The Beatles), unlike Dylan, didn’t leave a lot of terrific unreleased material behind; they just weren’t extraordinarily prolific. Really, Dylan never even recorded his quizzical, and gorgeous, “Love Is Just a Four-Lettered Word,” letting Joan Baez cover it; the Stones and Beatles, on the other hand, wrote their songs, recorded them, and moved on.

I hadn’t listened to Sticky Fingers in a dog’s age and can’t say I’m worse off for the delay. Oh, I loved “Brown Sugar” when it was on the radio (it came out when I was in 11th grade, and Tom Demske and I harmonized on the song during smoke breaks at school), and “Moonlight Mile” remains a haunting song, one of the group’s best from that period. Still, “Sway” did nothing for me; there was the nasty copyright battle (later cleared up) with Mississippi Fred McDowell over the lifting of “You Gotta Move”; “Sister Morphine” is too slow and, well, drugged-out.

Hard to argue with Taylor’s solo on his showpiece “Can’t You Hear Me Knocking”, but it, too, has lost some luster, and the lyrics are pretty dumb; and I’ve always preferred The Flying Burrito Brothers’ aptly laconic cover of “Wild Horses” (released a year before the Stones original), preferring the sweet, aching vocal of Gram Parsons to Mick’s matter-of-fact delivery. Not to go conspiratorial on you, but I still believe that the song belongs to Parsons and Keith Richards, given how much time they spent together, on and off the spike, and the lyrics seem more Parsons than Jagger or Richards. “Dead Flowers” is among the best on Sticky Fingers, but it also seems like a warm-up for the expansive Americana of Exile.

Of course, there are dissenters on this re-release, such as Tim Cumming at the Arts Desk, who ludicrously begins his review: “Sticky Fingers is the Stones’ defining album, a record that preserves the band in all its ragged, outlaw rock ‘n’ roll glory. It captured them, too, between worlds of their own making, as the exploratory Sixties solidified into the excessive Seventies.” I understand that copy editors are under-employed by all media outlets, but I swear I’ll kick a cat if one more critic refers to the early Stones as “outlaws.” Yes, a canny p.r. move to counter the supposedly ready-for-your-parents Beatles, but the Stones loved their money, loved all the perks and adulation, and the only “outlaw” tag on them would be their tins and bags of various drugs. Which made for hundreds of thousands of outlaws, without the cabbage to usually dodge police charges.