I Run With Shaheed and the Brother Abstract 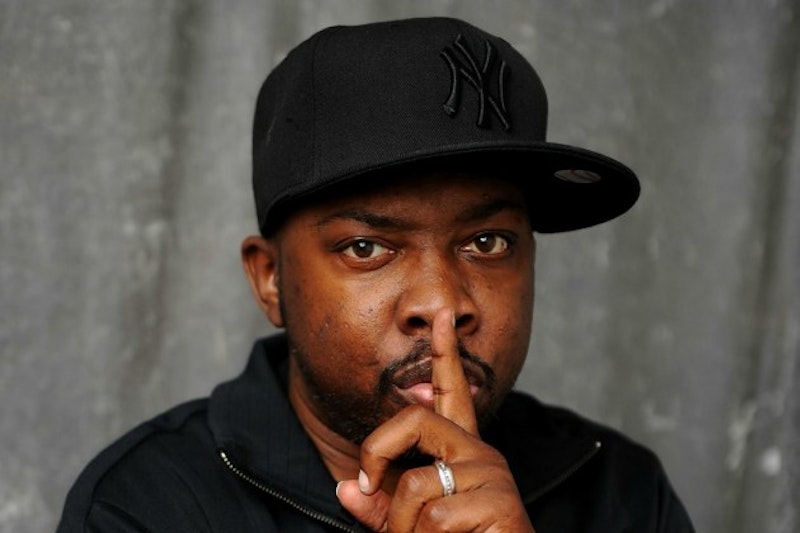 I can’t even remember how fast I was driving or whether the stop resulted in a ticket or a warning, but I know where I was and what I was listening to when the officer pulled me over: approaching Calvert Hall College High School from the western suburbs, blasting Midnight Marauders by A Tribe Called Quest. The officer was nice enough about everything, and since I was en route to graduation practice, it was impossible to stay mad. Years later, in a different car, The Low End Theory would soundtrack my confused, profanity-strewn attempt to reach RFK Stadium for the 1998 Vans Warped Tour stop in D.C. (I located it eventually.) Years earlier, before either of the aforementioned events, my youngest aunt loaned me the Tribe and Public Enemy CDs that formed the basis of what I’d understand hip-hop to really mean.

And of the two, Tribe definitely spoke to me the loudest, maybe because Tribe seemed the most immediately relatable, slightly older versions of the young black man I wanted to be: articulate, cocky, artistic, and human. By and large, Tribe’s beats didn’t scream, punish, or klaxon; they flowed and grooved, embodying and quoting the language of jazz and bebop. The group’s music was a stew of contradictions: serious, yet playful; ignorant, yet cerebral; strident, yet laid back. You never got the impression that Q-Tip and Phife Dawg broke a sweat rhyming on cuts like “Award Tour” and “Check the Rhime”; they seemed to just exude a complex, effortless musicality that listeners intuitively grasped and embraced. They were entertainers, but they were also educators, eschewing profanity and the explicit while captivating generations across racial lines; Tribe was mainstream rap you and dad could pretty much agree on.

Along with Boomerang, Martin Lawrence’s Martin sitcom, and other assorted period media, Tribe helped to define a certain 1990s middle-class African-American state of mind; not a triumphalist perspective, exactly, but a half-cynical savvy that had its eyes locked on the future while refusing to pretend that the struggles of America’s racial past were settled.

Last week, when Phife Dawg passed away at 45, the width and depth of Tribe adoration were made clear for the first time, with almost everyone I know on Facebook simultaneously mourning and celebrating the group’s legacy. And suddenly—finally—I really understood the sadness of losing a musical icon who you identify with and seemed to grow up alongside. Phife, it turns out, was everyone’s secret favorite Tribe rapper; we all felt and carried his every iconic verse in our bones, almost without even being aware of it. There was something griff and kinetic and consciously hilarious in his wordplay; each syllable counted, and struck like a Stinger missile. There was the definite sense, in his b-boy poetry, of a flippant, continuous dialogue with posterity. It isn’t over, and it never will be.