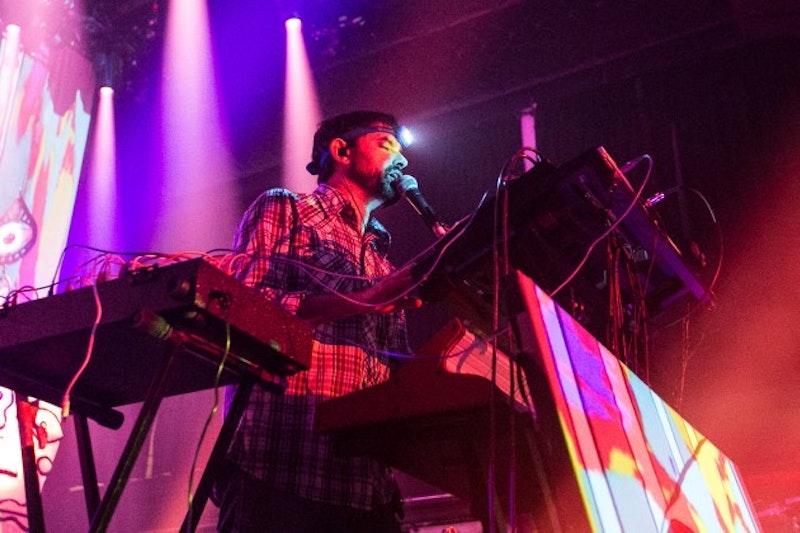 Moon Diagrams is the solo project of Deerhunter’s Moses Archuleta. Last year’s 2015’s Care Package (Sketch for Winter IV) cassette and the forthcoming Lifetime of Love emphasize his ambient pop credentials. Of the newest tunes, I’m most charmed by the 11-minute long “Blue Ring”: whirled, soft-shoe pistoning up front, microscopic jungle tinkering at the midpoint, and liquid nitrogen Cluster/Cologne Tape-esque pianos tolling near the end. Did I mention the seamlessness of the transitions, how effortless and alive this music sounds? Yes, yes; it will be a week until “Blue Ring” is available for sale, and life is insane and the news cycle is incessant, and how can any of you be reminded to check for it? I don’t fucking care what it takes: mark the calendar, set a Google Alert, whatever. Do it.

“A Body Holds Still” plays like a standing mass-transit catnap, like pressure swiftly building towards consciousness two or three stops after yours. City sounds swirl, alarms cut in and out, there’s an revving engine disguising itself a melody or vice versa, and murmurs pawing idly at one another, as if the other passengers sharing the bus are conspiratorial identical triplets. We can argue ad infinitum about whether this is actually a song, but as a mood, it’s undisputedly strong—reminiscent, somewhat, of Carly Ptak’s hypnotherapeutic audio collaging and Gabi Losoncy’s voyeuristic field-recordings without really being beholden to either.

Meeting of the Waters is the best Animal Collective recording in several years; if you’re determined to only dip a toe into this EP, please proceed directly to “Amazonawana/Anaconda Opportunity,” where Avey Tare and the Geologist tap deep into the no-fucks-given impressionism that characterized this band’s earliest impulses. The surrounding jungle went to work on them, sure, but meantime they were actively re-mixing the jungle, bobbing and weaving, refuting language, eking out skeletal melodies, summoning space aliens to crash the sessions. Hakuna matata.