Three Brushes With the Infinite 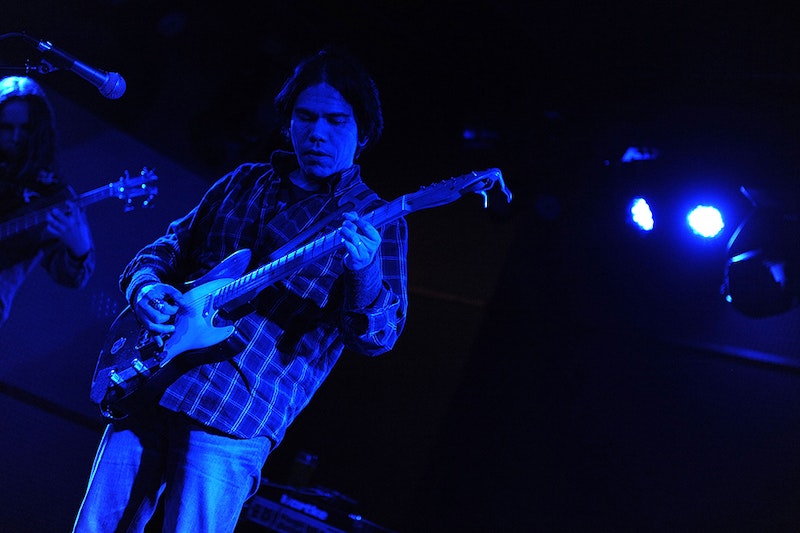 From somewhere in Mexico City seeps the soundtrack to an interactive holographic installation where skyscrapers dissolve into crumbling glaciers that in turn become fully-charged Energon cubes—or perhaps that’s hyperbole. In any event, Shapes’ keyboard/synthesizer game is delectably fluid, and there’s never a sense that the gorgeous “Way Below” is running in place, let alone standing still. Eat your heart out, Neil Davidge!

“Monotape” toes that barely perceptible line between “electronic minimalism” and “high-fi field recording of an alien abduction”: wobbling pulsations, echoes yawning, melting chimes. So the magic lies in the mood conveyed, which feels thin and diffuse at first but thickens briefly into stark prairie fear just before the signal cuts out completely. Maybe it’s age or preference, but more and more I’m drawn to music like this, that seems to thrive on a notion of absence, where I’m forced to forge a tenuous context. There’s no way to wedge this in elsewhere above, so I’ll simply note it now: Sonologyst hails from Italy.

The high irony: it’s highly unlikely that anyone will ever shred to the Skateboarding in Pine Ridge soundtrack. But really, who cares? Here’s a lovely, sunset amplified-acoustic bauble from David Pajo, with slide to spare and golden drones in updraft at the back end that doesn’t quite glide on long enough. The perfect imperfections in his playing sting in the best way possible, and make me wish that the former Slint guitarist would return to recording and the international touring circuit. Make him a decent festival offer, someone!