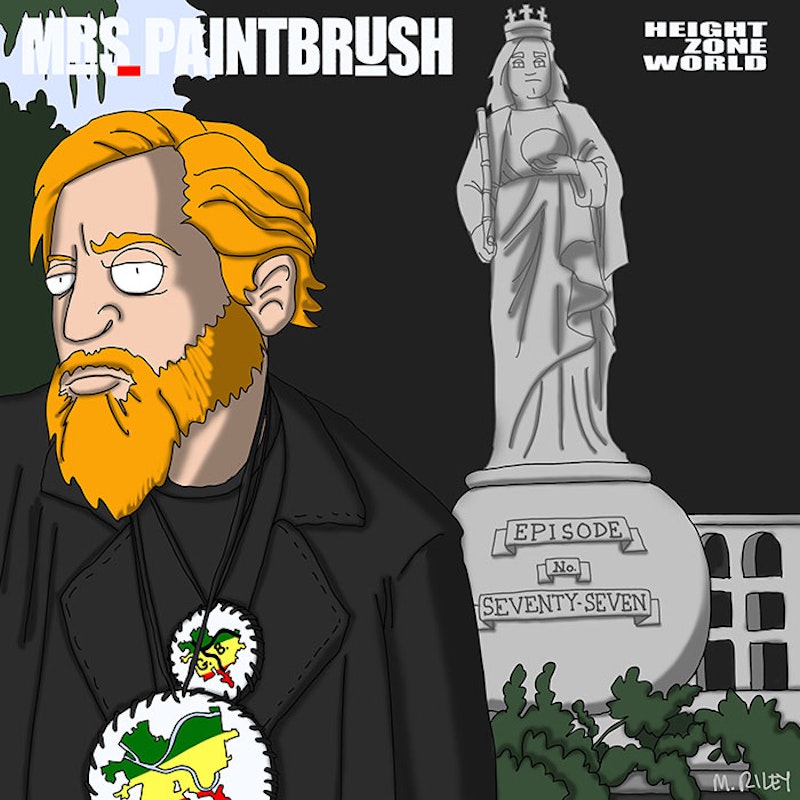 My guest this week is Mrs. Paintbrush, aka Jackson O’Connell-Barlow. Jackson is one half of Pittsburgh’s Grand Buffet, and he’s put out three solo releases as Mrs. Paintbrush. We’ve been friends since we first toured together in 2000, and he’s always been a rap older brother to me.

We talk about his early influences, and his personal Mount Rushmore of Chuck D, David Bowie, Kate Bush and David Lee Roth. He breaks down his early shows with Grand Buffet, and how he developed into a formidable live performer. We talk about his recent Mrs. Paintbrush releases, and where he wants to take the project in the future.

Mike Riley’s art this week is an homage to The D.O.C.’s No One Can Do It Better.