DIIV’s Is the Is Are a Failure in Every Respect 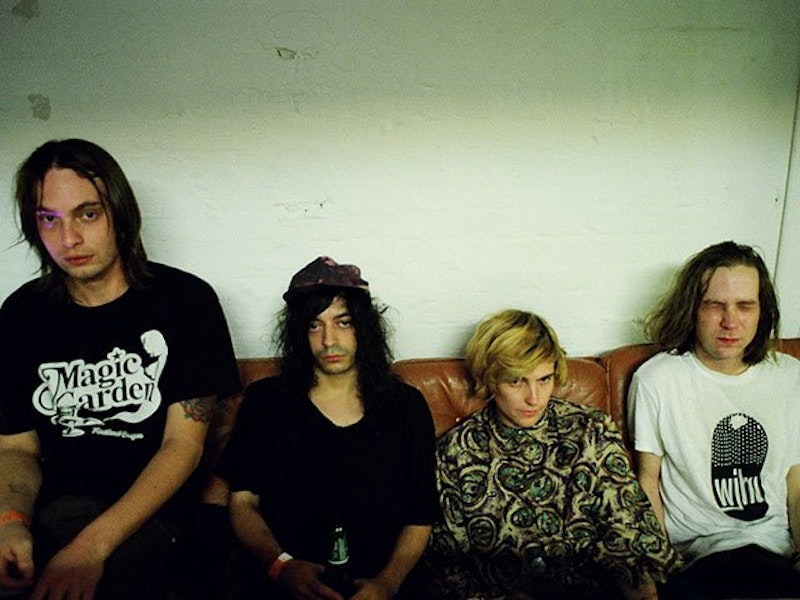 I can’t take DIIV seriously. Zachary Cole Smith, the band’s singer, guitarist, and principal songwriter, thinks he’s a lot smarter and more interesting than he really is. I’ve no problem with verbose musicians and bands that get tagged as pretentious or arrogant—whether it’s Billy Corgan complimenting Alex Jones that “It’s astute of you to call it an InfoWar,” or …And You Will Know By the Trail of Dead’s fantasy rock and album covers that seem like they were commissioned for Final Fantasy or EverQuest, or Hunter Hunt Hendrix writing academic essays about black metal—I love all that. But Zachary Cole Smith’s suffering junkie routine is annoying, because you’d never pick up on it without all the interviews over the past four years. None of Smith’s pathos is present in his music, so he has to explicate it in the media. With all this carrying on about reading Nirvana biographies in rehab, wanting to be the voice of his generation, and finishing his new album Is the Is Are before he dies, you’d think it’d show up in the music. The songs on Is the Is Are are like wallpaper, bad shoegaze that’s perfectly serviceable as an opening act or played out of the PA of a movie theater bathroom or a noisy bar. DIIV’s music coasts over already well traveled paths, with none of the venom or pain or urgency of his heroes Kurt Cobain or Elliott Smith.

Smith decided the only way to distinguish himself is through glomming onto an old, tired narrative with little awareness that he isn’t even close to Cobain’s league. In an interview with Pitchfork from 2013, Smith puffed up what would become Is the Is Are by comparing himself to the late Nirvana frontman: “To be told that you're the voice of your generation is such an incredible amount of pressure, and I haven't faced that. Maybe by the time our third record rolls around, I will. My goals are to be a band like that in five years.” Three years later, and DIIV hasn’t budged an inch from the sound of their first record Oshin. Boring bands are a dime a dozen, and simple-minded singers are even more common, but Smith’s omnipresence in the press and heightened celebrity because of his relationship with Sky Ferreira have given him serious delusions of decency. DIIV’s music is mediocre, and his lyrics and song titles are pedestrian: the clichéd substitution of “Yr” for “Your,” naming a song “Bent” because it has a bending guitar hook, and all the basic middle school poetry that’s buried in the reverb-drenched mix. Smith is 30 yet he sings and speaks like a teenager who just saw Donnie Darko for the first time.

The lead single “Dopamine” even rips the vocal melody from “My Molly” by Ariel Pink, a song that Ferreira covered with Pink a couple of years ago. Everything about this band is painfully basic, and all you need to know about their lack of inspiration or originality can be gleaned from the hilariously titled feature “What Happened to DIIV?” from The FADER last summer. An old classmate recalled how Smith “dressed kind of like Rivers Cuomo meets a British punk. And he looked really young. This one kid started picking on him, and he was just like, ‘Shut the fuck up you motherfucking cocksucker! I’m going to go smoke cigarettes.’ Everyone’s jaw dropped, like, ‘Woah, what is that person?’” Oh, please! For all the drama leading up to its release, Is the Is Are is strictly MOR background music, and it fails absolutely in conveying any measure of pathos or pain. Records this bland don’t normally merit any mention, but in concert with Smith’s whining and ineptitude, DIIV are actively irritating and should quit tomorrow.