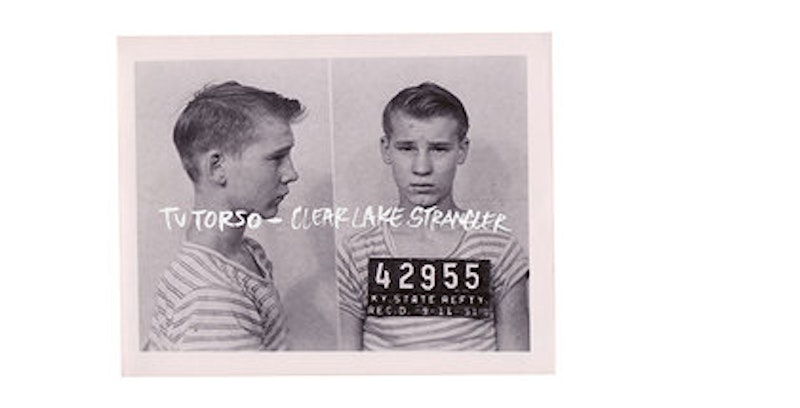 One great tragedy of my time in Austin has been a crippling inability to catch any shows; Malkmus and the Jicks have been it, so far, back in February at the Mohawk. Fortunately for Alecia and me, TV Torso opened, because, despite being saddled with a dumb name that brings to mind lame, Rachel Pollack-authored Doom Patrol sub-plots, TV Torso are nothing if not expectantly great.

Let’s pause while I define/defend “expectantly great.” “Expectantly great” is a phrase of endearment reserved for local, unknown bands that are in the torturous process of becoming known. When one is in thrall to a band like this, it is often difficult to understand why popularity is eluding the band; it’s maddening, enraging, depressing. Are TV Torso is the next Spoon and the next AWOLNation, in a single, slightly disheveled package? Maybe, maybe not: it depends.

TV Torso remains early enough on the path to self-definition that they aren’t easily pigeonholed, and the Clear Lake Strangler EP furtively queers that sub-genre confusion further. The brawny, threshing-mill title track: like climbing into a wagon for a haunted hayride, but then eating all the hay and becoming convinced that all of the rightly mortified hay riders trapped along with you absolutely needed to hear you cover a random Scott Weiland solo single at that very moment, because, well, there’s no good reason that a song whose title involves the word “strangler” shouldn’t be good ‘ol rock ’n’ roll fun. Cradled in downy pianos and keyboards, “Prismatic Ideation” sells a fragmented, bitter anachronism from the bottom of a well, before “No Idea Why” snaps its predecessor’s melody into a fanged, staccato-strut framework and sinks a claw into whatever portion of the brain is reserved for mania.

“I’ve been waiting for this moment all my life,” Yeh grins, and he’s the only one privy to the whys and wherefores of that sentiment. Meaning: the setting, the speaker, the underlying motivations, the specific moment and the perspective thereof. “Whose Life”—a barbed, quavery salvo from Transitions, the noise musician’s album-length foray into verse-chorus-verse fare—lives, seemingly, at dozens of angles, some envying and some desirous and some indifferent, shifting crazily and variously between choruses. And it’s hard to know who to sympathize with or loathe or root for, and but lately I’m starting to think that we’re not really meant to do any of those things. The truth is that eventually, once the smoke clears, years pass, and you grow into the person you were always meant to become, none of those feelings make much sense. What you watch for changes; what you long for changes; what comforts you changes. And then it happens: the experience of dreaming about old, lost acquaintances or encountering them on Facebook or in real life becomes inconsequential, just something what happens, a distraction from the life or death immediacy of actual adult life.

So “I’ve been waiting for this moment all my life” is a huge, huge misnomer. Yeh knew that already, and wanted us to figure it out for ourselves.