The onetime smooth singer is stuck in an obnoxious rut 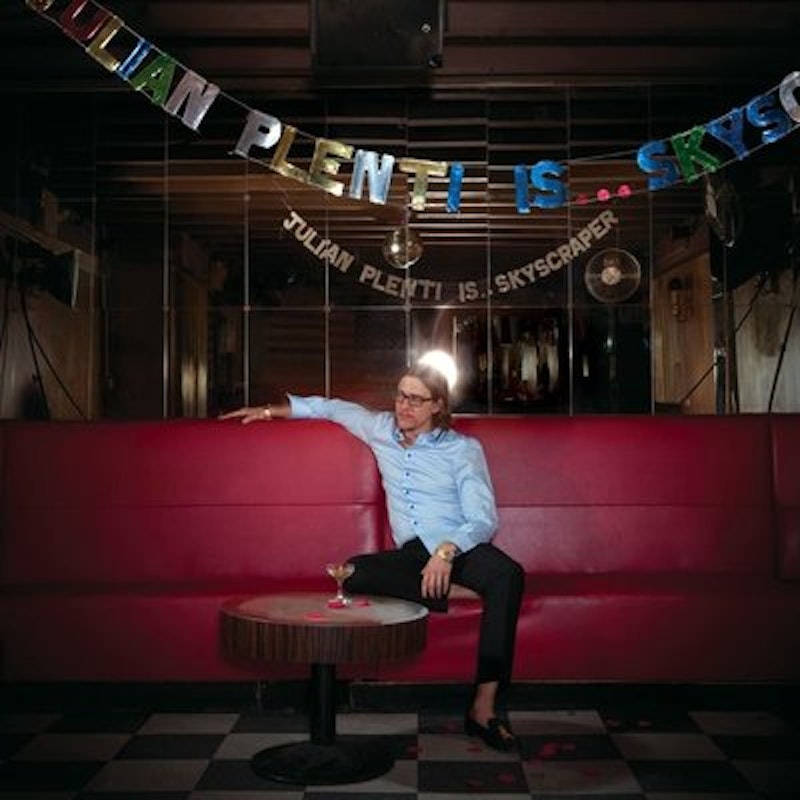 Paul Banks is reaching the goofy stage of a rock star's career way too fast. His work with Interpol has grown rapidly flimsy and silly since 2007. The band’s last two albums, Our Love to Admire and Interpol, feature many good and a few great songs ("Summer Well," "Barricade," "Pace is the Trick," "No I in Threesome"), but on the whole they are marred by questionable production, awkward piano and electronic parts, and a decline in Banks' vocals, now officially "trained," from an urgent, baritone belt to an obnoxious, nasal wail. His lyrics, which once flawlessly walked the line dividing absurdity and profundity with ease, have become more transparent and flaccid: all he cares about are girls and sex, and he always has, but Banks can't write about the same thing forever, especially if he's going to continue with bombs like "Girl on the sporting news/I just wanna tell you one thing/You've got the kind of sex appeal/That doesn't get a guy like me down.”

Old gems: "Sleep tight, grim rite/We have two hundred couches where you can/Sleep tight, grim rite," "I spent a lifespan, with no cell mate/the long way back/Sandy, why can't we look the other way?", "When I'm feeling lazy it's probably because I'm saving up my energy to pick up when you move into my airspace," "She feels that my sentimental side should be held with kid gloves/She doesn't know that I left my urge in the ice-box," "When the cadaverous mob saves it's doors for the dead man/You cannot leave." But Banks' lyrics on Interpol's first two albums were just the icing on an exciting, refreshing take on post punk sadness with a fully formed visual and personal aesthetic. They were fucking cool and iconic rock stars in every sense of the word. See here and here. Their music was powerful and deeply evocative of a deep kind of melancholy that doesn't lend itself well to words.

Banks' solo work and the later Interpol albums strip the mystique from his characteristic gloom and make it all seem like a gross put-on, instead of a fascinating, conjured thing. It's the difference between The 400 Blows and a bad James Bond movie—Banks' post-2007 persona is basically a fey, somewhat pompous playboy with bad taste. Which might be okay if that's what he was going for. Songs on Banks, his second solo album and first under his own name, are definitely more musically complex and well-integrated than the teenage holdovers on Julian Plenti is...Skyscraper, but an awkwardness lords over every song on here. "Over my shoulder there's a heart that suffers deep," "When I walk today/I feel silence and rage/can a man turn the page/when he's trying to amaze," "Here comes the dolphin times/I don't call them filthy."

Ugh. After all, he did write, "She says brief things, her love's a pony/My love's subliminal," but that line is still strangely brilliant and delivered with an emotional authenticity that is completely absent from all of these songs. Banks' tortured Casanova persona is pushed over the edge of connection into laughability—he's dating a super model, set for life, and he's whining about girls? Musically, these songs, especially "The Base," "Arise, Awake," "Young Again," and "Summertime is Coming," are the most interesting thing Banks has yet produced on his own. But the atmosphere is so toolish and an unintentional parody, it's hard to take seriously. Interpol fans may enjoy or become badly depressed by this album. Watch out.