The Grand Collage of Sound

On Flying Lotus' latest, Until the Quiet Comes. 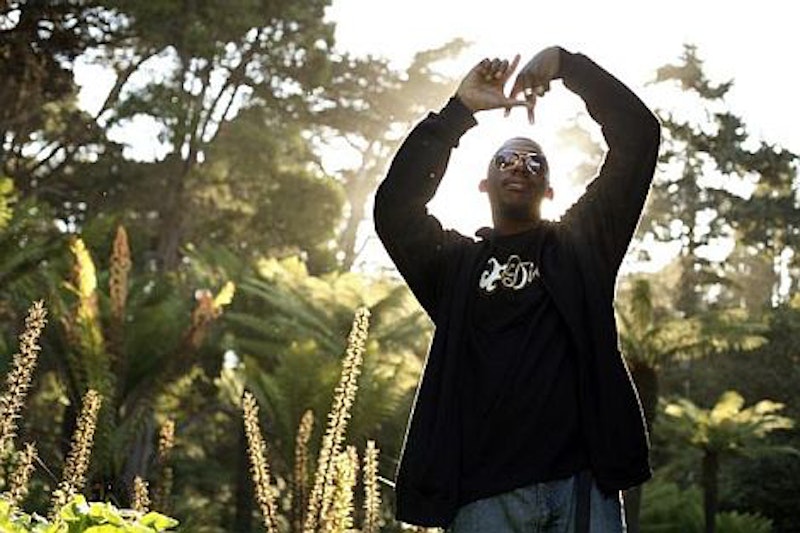 The music of Los Angeles-based producer Flying Lotus (Steven Ellison), has never been accused of being a minimal affair. His newest full length Until the Quiet Comes is as baroque in its aspirations as it is futuristic in its concerns. The replay value in his material has often been his approach to detail. Categorizing Ellison’s library of sounds is nearly a Herculean task. From the outset of the first track “All In,” packets of percussion bubble and cascade, some pushed to the background of the mix, others buried deep behind alien synthesizer tones. This use of interplay, with a trading off of both recognizable elements and seemingly inconsequential ones, strikes a peculiar homage to the musique concrete-isms of British electronic pioneers and label-mates Autechre.

There is the also the tendency for individual compositions to sound like they’re making an exit as nearly as they are arriving. It’s perhaps the most definable characteristic of his work that backs up the common genre argument that Ellison’s work is as informed by DJ’ing as it is by high-minded sound collage. The very character of his home label Warp Records has changed dramatically in the past two decades from electronic experimentalism to a more pop-friendly format. Surrounded by an increasing roster of acts that no longer solely rely on a laptop or sampler, bands likely to have more guitars than electronic gizmos on stage, there is something to be said about the influence of the late hip-hop producer J Dilla on Flying Lotus’ work. Primarily a producer of vignettes, much like Dilla, “Getting There” is all vocal reverb manipulation and overlapping beats, clocking in at just under two minutes. Similarly “DMT Song,” in all its jingle-like nature, comes across as an exercise in reverse engineering the source of a Dilla sample itself. If his tracks serve as sketches, the listener feels as if they are looking at one of many in a claustrophobic pet store, one in which an impossible number of fish tanks are showcasing physical morsels of sound gliding over one another in an endless loop.

While caught up in this act of trying to look at what one is only afforded the luxury of hearing, there is a shift around the record’s midpoint that slyly nudges the listener from esoteric blips and filtering settings towards collaborative tracks, many of which are high points in the album. “See Thru to U” drags an Erykah Badu vocal through a cornucopia of delay and equalizer settings while Radiohead singer Thom Yorke’s contribution to “Electric Candyman” propels forward on a menacingly repetitive loop, making both adjective and noun sound like unsettling propositions. What are most singular about these collaborations are the terms by which Ellison appears to define them. Rather than take celebrity musicians at face value, by harping upon the signature sounds with which they have defined their own careers, he instead conveys a free jazz-like interpretation of their contribution.

Tracks such as “Hunger” give a glimpse to the direction of future work, a gorgeous marriage of melody with muted percussion which you can all but touch. Currently there is a link to a short film directed by Kahlil Joseph on the Flying Lotus website. It is an effective presentation of how fittingly interdisciplinary Ellison’s work is amongst his peers. It leaves one to wonder how much longer it will be before he joins the increasing number of music producers who have transitioned into feature film work