Muse's sixth album, The 2nd Law, is all signature sound. 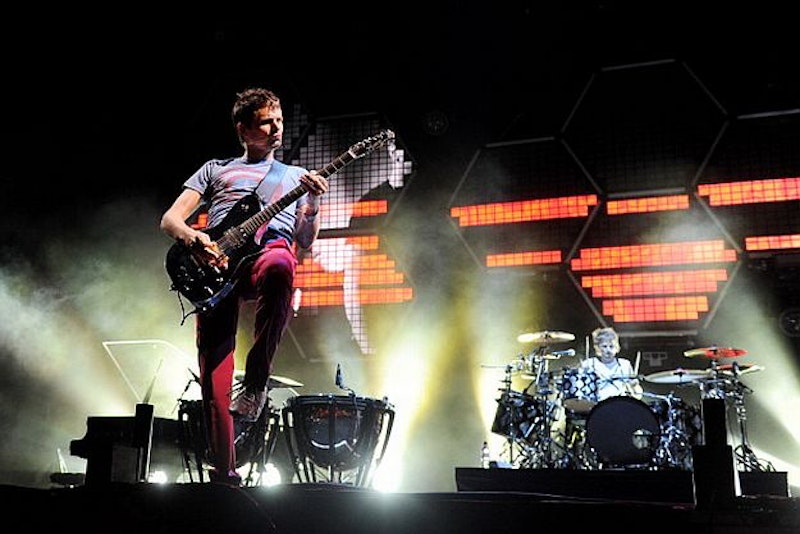 If you listen to any Muse record expecting anything less than the audio equivalent of expensive car chases, you’ve got much different expectations than the band’s core audience. Yet it wouldn’t be quite accurate to say that Muse’s brand of bombastic arena rock only attracts a certain type of listener, one who listens to singles rather than albums, a type that looks for immediate hooks rather than composition. Muse’s fan base, indeed the band itself, is aware of the elements which comprise their sound, a mixture of symphony and hard guitar rock that remains fundamentally unchanged since their 1999 debut Showbiz. Fueled by an undeniable musicianship as much as they are by concept albums that have combined half-baked science fiction narratives with flamenco guitar to deny them any of their influences is, to twist a phrase from the Slovenian philosopher Slavjo Žižek, to decaffeinate the band of its essence. In their sixth full-length album, The 2nd Law this essence is strong within the band.

Throughout their previous albums frontman and chief composer Matt Bellamy, a classically trained pianist, had explored nearly every combination of minor chords within a progression that seemed possible. At its worst, the band has at times lifted these parts wholesale from their own back catalog. On soft-rocker Explorers the vocal melody, its lyrics crying out “Free Me From This World,” is a glaring transposition of the melody from “Invincible,” a track from their previous album Black Holes and Revelations. At the band’s best they are extremely skilled at re-arranging past ideas beyond self-plagiarism and assigning new sonic textures, such as standout track Panic Station, a foray into Prince-esque funk and Franz Ferdinand guitar rhythms.

The number of times in which The 2nd Law relies on trips to the post-production toy store is not unexpected from a Muse album. In prior interviews the band had indicated that a departure in sound, one exploring electronic music, was to be expected on the forthcoming record. Both its current single “Madness” and track “Follow Me” are soaked in dubstep influence with little trace of the band’s signature guitar arrangements. On The 2nd Law: Unsustainable the commitment to this game plan is expounded upon in a bizarre way, part Johns Williams-esque adventure channeled through a Matt Bellamy string arrangement, part Skrillex track complete with a processed vocal singing “Unsustainable,” it serves as a ridiculous self-comment on the band’s own opulent tendencies. When guitars are employed, tracks like “Supremacy” nail the band’s signature guitar sound while “Explorers” nicely balances their tendency to overpower in favor of a Latin-flavored jazz beat.

Bassist Chris Wolstenholme’s contributions are the most unexpected element of the record. Previously relegated to backup vocals on all prior albums, he sings lead on later album tracks “Save Me” and “Liquid State.” “Save Me” is unlike anything the band has done to date, heralded by intense reverb and delay, triumphantly sounding more Cocteau Twins and less Muse.