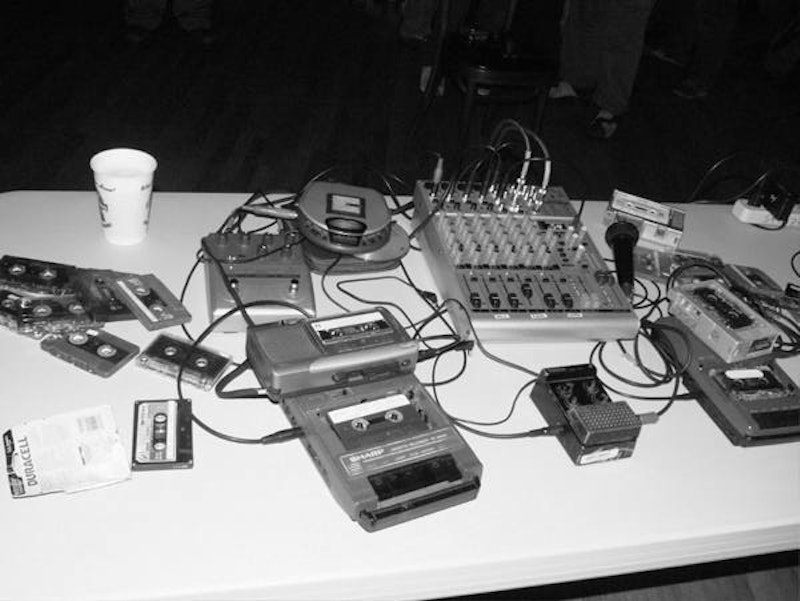 Been a bit since I checked in on Brisbane, Australia’s Primitive Motion. If “Golden Light Clinic” is any indication, this husband/wife duo’s muse is drifting away from dry, cyclical haunting and into the daylight of near-pop. As drum beats jump-cut-click, a sawing series of keyboard chords is matched by a dour bassline: the perfect kindling for Sandra Selig’s lit-candlewick vocal to ignite in an eerie, slo-mo coo. Undoubtedly there are words here, specific emotions or ideas, but this listener cannot identify them does nothing to diminish their force—that endless sense of longing, of loneliness, of desolation. Two minutes and 23 seconds has never sounded this eternal, in the best possible sense.

On How To (Phage Tapes), an album that celebrates long sips of soft focus, a track like “Sun Turned Toward” sticks out like a sore thumb—or a scorched thumb, perhaps I should say. At its most extreme, “Sun” is the auditory equivalent of being stuck blind momentarily by its namesake, a searing streak of distortion punctuated by what sounds like an assault on the guts of a piano or an Oldsmobile, maybe both. Nestled dead center on the tracklist, it has the effect of yanking the listener out of whatever reverie she’s adrift in and serving as a reminder that this is noise music, not mediation. It’s also worth nothing that this is where How To becomes really, truly intriguing as a work of art.

“That’s My Shit” is a second-rate Dream single, a fact that would be more problematic had we not spent the past half decade drowning in third- and fourth-rate Dream singles, to the point where it’s become difficult to get excited about the man’s solo excursions. “Shit” succeeds due to a decidedly back-to-basics approach: mirror-steaming production, tastefully spackled finger snaps, pistoning ad-libs, and a hook that suggests a series of flickering neon sconces; old pal T.I. riding shotgun as wingman; and a focused, dependable lyrical conceit. Granted, stealing someone’s girlfriend and then calmly explaining the fundamentals of your success to that person is not a new idea for urban pop—nor even within Dream’s own oeuvre—but it’s sold here with such louche, gauzy dispassion that it ingratiates despite its home-wrecking dynamism. “You try to make her wild out/I just make her wild out,” reasons our host.