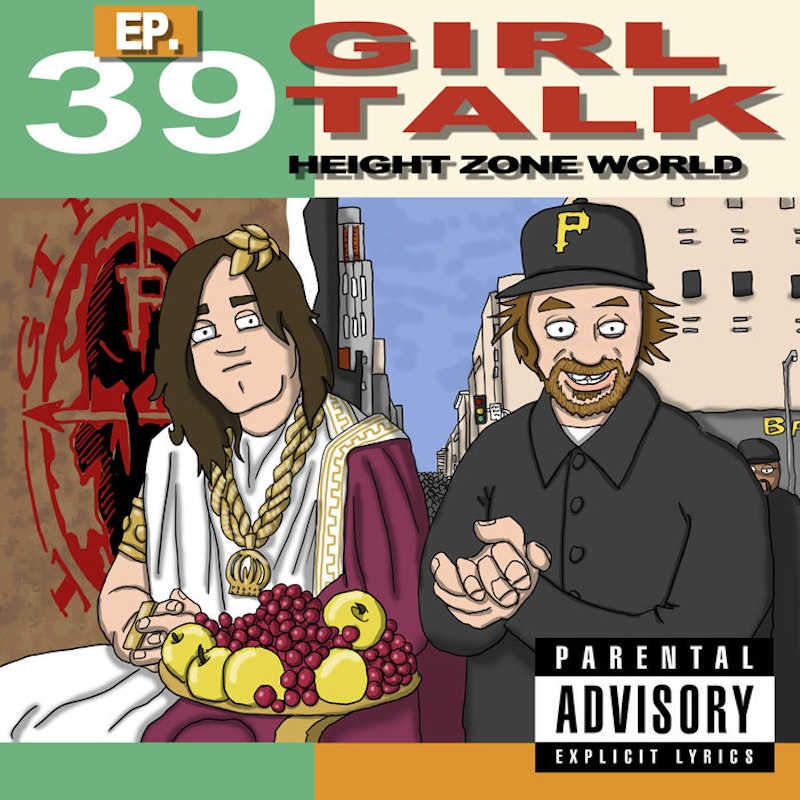 My guest this week is Gregg Gillis, aka Girl Talk. Gregg is an electronic musician from Pittsburgh, PA. We’ve known each other since I played a show in his parent’s backyard in 2000, and I was excited to get a detailed breakdown of his career.

We talk about his early Pittsburgh-based noise band, The Joysticks, and his background in the noise world. He tells me about the first two harsher Girl Talk albums, and the new direction he forged on 2006’s Night Ripper. His breaks down his new ventures as a hip-hop producer, including his recent collaboration with Freeway.

Mike Riley’s art this week is a mashup of Big Daddy Kane’s Long Live The Kane, Ice Cube’s AmeriKKKa’s Most Wanted, 2 Live Crew’s Nasty as They Wanna Be, and Cypress Hill’s self-titled debut.