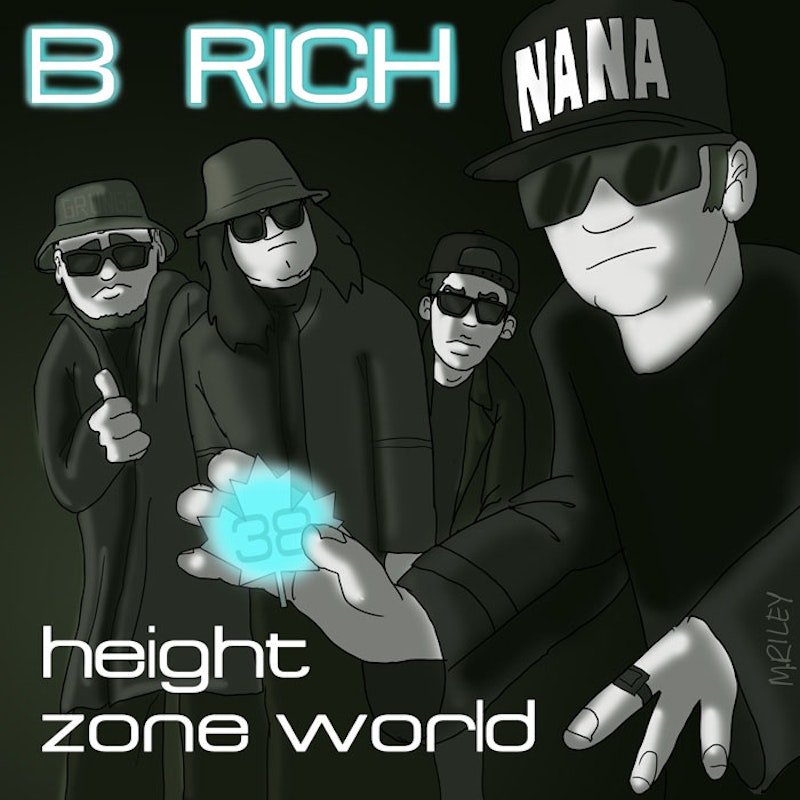 My guest this week is B Rich, aka Brendan Richmond. Brendan is a tight MC based in Kingston, Ontario. We’re bandmates in the group Shark Tank, and we’ve been friends since 2004.

He talks about growing up in a small town of 500, and his early hip-hop ventures in rural Canada. We discuss the viral success of his song "Out For A Rip," and the cross-country adventures that followed. He tells me about his recent bout of writer’s block, and how he’s trying to kick his writing back into high gear.

Mike Riley’s art this week is an homage to Digital Underground’s Sex Packets.