The Subterranean Return of Hair Police 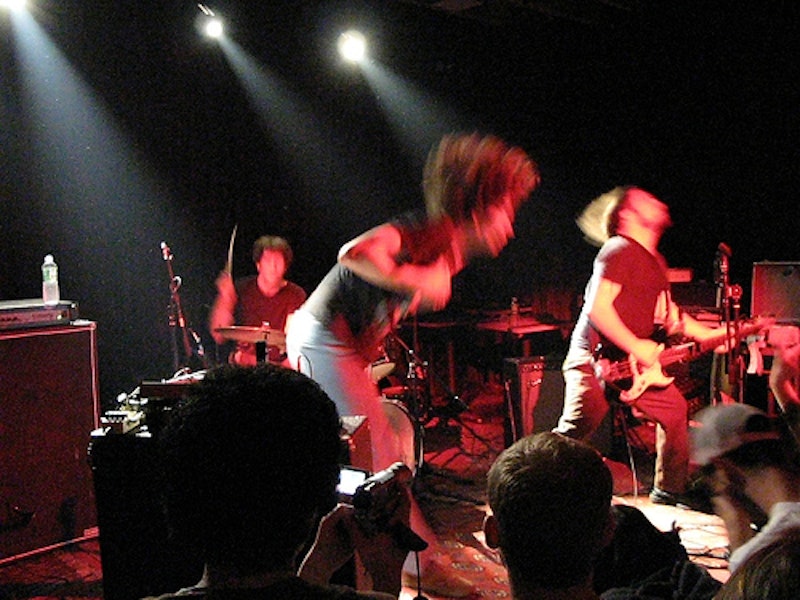 Of those bands comprising the verb-plus-subject, mid-2000s noise-fuck boomlet, Hair Police were easily my least favorite, mostly because I couldn't work out why they existed. For all intents and purposes, the Lexington, Kentucky trio of Robert Beatty, Trevor Tremaine, and Mike Connelly were the Wire magazine generation's answer to Candlebox. 2008's Certainty of Swarms hemorrhaged fever-dream genericism, while 2004's Obedience Cuts fumbled and fudged its way through a rogue's gallery of chromosome-depleted antecedents. For dudes operating in the realm of drums/guitar/electronics and touring with the likes of Prurient, Sonic Youth, and Wolf Eyes, sub-par or anonymous doom isn't enough to pass muster—or to make anybody remember you. On 2005's Constantly Terrified they weren't especially memorable, but drawing comparisons between their worrywart scree at that of others was a challenge, even if you were way more likely to reach for Sightings' End Times in a moment of panic.

The kicker is that Rites feels like a journey, and it feels like a Hair Police journey; it could be argued that they're infringing on Wolf Eyes' creepy-crawly live turf (Connelly is a member of both bands), but that's facile given the noise design and narrative pacing here. Nothing specific is implied, but Hair Police's implied psychic tableau is more imaginatively fertile now than it's ever been; I like to imagine a mentally insane vagrant suffering through an emotional winter of the soul in the de-peopled wasteland of Omaha in 2056. Bonus: you don't have to be frightened to enjoy this comeback, and half-listening to the album has the effect, somehow, of improving and enhancing it; the trio's waves of mutilation form an adrenalized, textural counterpoint to whatever it is you're doing or thinking about, unless you're plotting to kill someone via bisection.