His new, eponymous album is his best yet. 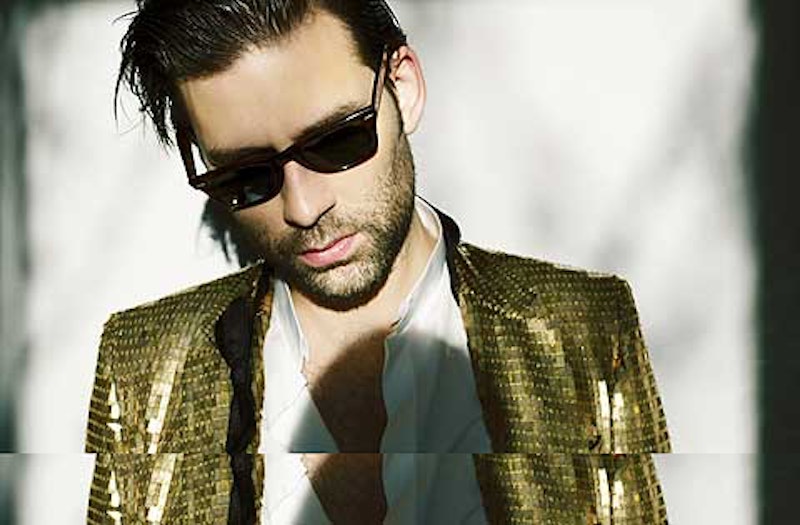 For years, Jamie Lidell has been one of the best kept secrets on Warp Records' ever-expanding roster. His amazing range and palpable charisma made his soulful debut, Multiply, incredibly enjoyable. Ironically, it was its effortless quality that left both it and its followup, Jim, nearly forgotten by critics. Lidell's talent as a soul/funk producer and vocalist has been overlooked in favor of indie flavor-of-the-week bands who occasionally dabble in retro synths and falsetto vocals.

His new album, Jamie Lidell, is his most studied yet. It brings together his free spirit with his inner showman. “You feel like you ain't getting no attention and you need it so bad” Lidell declares on "I'm Selfish," a menagerie of funk keyboards backing him. Though its compact and skittering hi-hats are live they sound electronic in the mix. Lidell has always had an affection for intricate beat patterns, dating back to his days producing IDM tracks. “What a Shame” is a dead ringer for a heady Outkast beat circa Speakerboxxx/The Love Below. Lidell ventures deep into funk territory, frequently toeing the line between Prince influence and outright Prince imitation. “Do Yourself a Favor” arguably is a more serpentine vocal performance than Prince could have delievered. Its use of vocoder and its bridge of esoteric synth-bleeps serve to set it apart.

As adept as Lidell is at dialing in the right synth patch, he can still take it to absurdity. “Ya Why” may as well be a helium-drunk Tom Waits marauding through a Brooklyn rave only to end up in the dubstep room. Beyond the sheer novelty of hearing Lidell hit extreme pitches, it's one of the albums high points. In terms of later album tracks, “So Cold” is worth several listens. Starting off in an expansive analog soundscape it sounds like the soundtrack to a future release of Blade Runner that climaxes in a shockwave of bass. Overall, Lidell is a solid release. Despite the countless moments of audio porn contained within, the songwriting is the strongest to date. It's clear that Jamie Lidell is a star, unable to settle for anything less than grand musical statements.