The Second Golden Age of Country Music is Back

New albums by Alan Jackson and Dillon Carmichael show that the circle is unbroken. 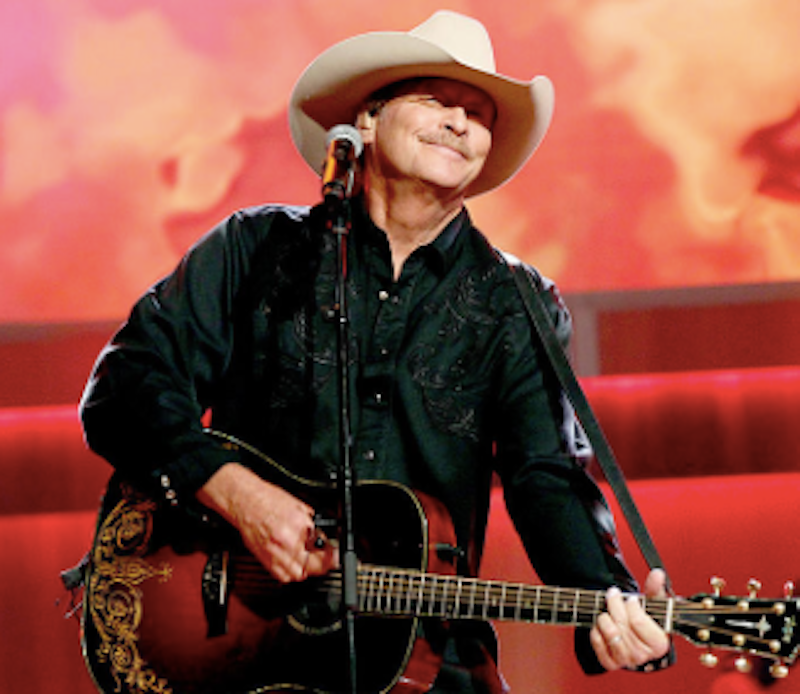 To my ears, country music had two classic periods: 1962 or so through '72, and (call it) '87 to '95. The artists of the first segment are rightly venerated and many have departed: Patsy, Johnny, George and Tammy, Merle, Waylon. Loretta, Dolly, and Willie are still with us here on earth, but the artists of the first golden age have faded into a sepia, Ken Burns-like history, like Jimmie Rodgers and Hank before them. And they've been generalized into legends and patron saints, emblems and essences, their names still evoked in many country songs.

But the artists of the second period—including Garth Brooks, Travis Tritt, Patty Loveless and Vince Gill, Keith Whitley and Lorrie Morgan, Clint Black, Holly Dunn, Randy Travis—are as good and fundamental as those of the first. They deserve the same status, more or less. I am asserting that Alan Jackson, a presiding presence as a singer and writer in the second golden age, is as basic and as good a country artist as Johnny Cash.

But Jackson, though he deserves it, probably won’t get curated like Johnny in his senior season, not quite getting the Rick Rubin valedictory treatment. On the other hand, he doesn't appear to need that, and Jackson's new album, shockingly, is as good as his classic material from the 1990s, when he released such fundamental songs as Here in the Real World, "I'd Love You All Over Again," "Someday," Tonight I Climbed the Wall, and "Little Bitty." On Where Have You Gone, he returns effortlessly to his original style (with his original producer, Keith Stegall), and gives us a number of songs that stand with those, and no turkeys. It's surprising, really, that he can sound as good as he did 30 years ago; most people can't. "Write it in Red" might be my favorite at the moment, but songs like "Way Down in My Whiskey" or "I Can Be That Something" would be classics right now if they hadn't just been released last week.

Here's Jon Pareles, The New York Times chief popular music critic, on the title cut : "He’s lamenting the way 'sweet country music' used to sound: steel guitar, fiddle, 'words from the heart.' It’s the style Jackson has upheld through his career, looking back to Merle Haggard and George Jones, only to see it supplanted lately by arena-country and infiltrations of hip hop. 'The airwaves are waiting,' he insists; current country radio says otherwise."

This is wrong both ways round. First, Alan Jackson doesn’t really sound like Merle Haggard, and I think the great neo-traditionalists of the second golden age demand to be heard as non-derivative, as important independent artists who expanded the tradition, just as it won’t do to hear George Jones as merely derivative of Hank Williams. And second, country radio, though it's no doubt tolerating a little admixture of hip-hop (I'm not whining against Nelly, at all, who was always a little country), is getting more and more encouraging at the moment. Luke Combs and Chris Stapleton are going extremely strong. Gabby Barrett is breaking the bro monopoly. Miranda's here, and Lainey Wilson is rising. Jackson's album is riding at #1. Time for Pareles to re-engage.

If he's looking for encouraging signs, Pareles need look no further than Dillon Carmichael's rocking new EP Hot Beer. There's no doubt that Carmichael—a fine young writer with a big old voice—is working with and from the sound of the early-1990s. Hilarious forays like "Sawin' Logs" and Big Truck recall Tracy Byrd doing "Pink Flamingos" or "Watermelon Crawl." But then again, like Byrd in '94, Carmichael sounds brand-spanking new as well as neo-neo-traditionalist.

For the moment, I'm over whining about the state of country music. It could be—it has recently been—far worse. The style is looping back and pushing forward, like it did circa 1990. I don't know whether to expect a third golden age, but it strikes me as possible.