Hey, Hey, They Were the Monkees

One of the weirder 1960s happenings. 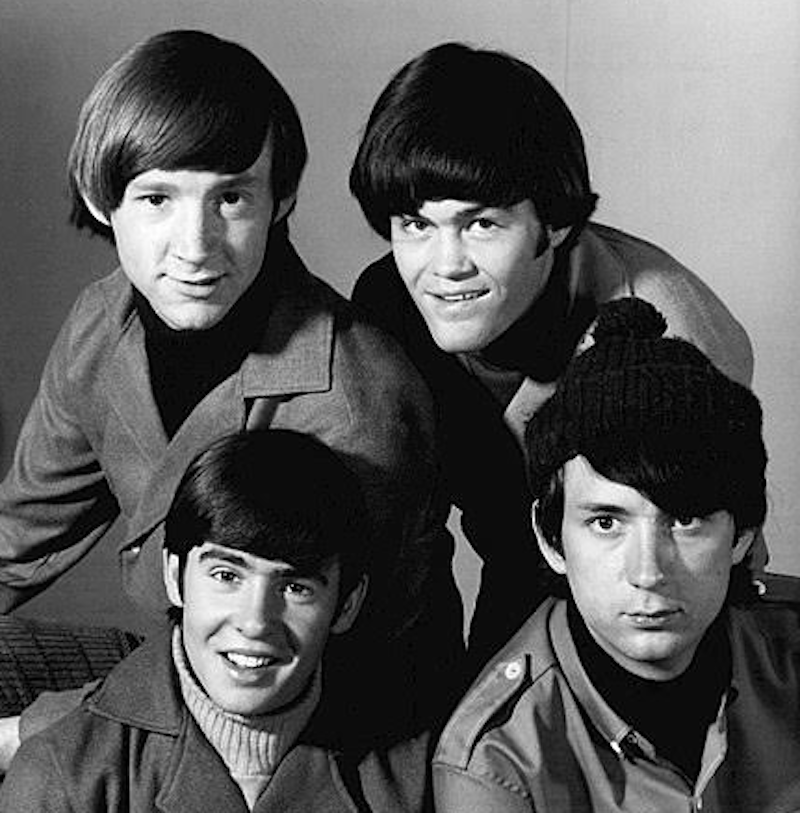 There's my little sister sitting at our kitchen table gazing dreamy-eyed at the cover photo on The Monkees’ first album. She was debating the cutest Monkee. For her, it was Mickey Dolenz, the group's drummer, which left me wondering why the boys in the band were so desirable. Like The Beatles or even the Stones, every girl loved them, and every jealous boy secretly wanted to be them: the prefabricated four, young and long-haired, handsome all-American boys. Mickey, Peter, Davy, and Mike, smiling and looking so mod, groovy, hip, and happy. Autumn of 1966 and the British Invasion bands had already made their mark in the USA. The territory left plenty of wiggle room for a Made in America band. A call went out in the Hollywood news mag rags. The original print ad read;

The 1968 film Head starred The Monkees, after their weekly tv series ended. The comedy/musical vehicle ventured around four unsuspecting dim-witted musicians mugging slapstick comedy with a plot hatched and dreamed up by stoners with too much time to waste. It mimicked and lampooned Hollywood's answer to The Beatles’ movies. The Monkees TV series was a network wet dream about a band who couldn't elicit a laugh or play their instruments. During its short run, it was campy fun for everyone but the audience. The show got canceled, and the film was a flop. It was a shame because, as a band, they managed to record some great songs with all the deception of poseurs.

Head centered around the boys in the band and their adventures in a real-world free-form comedic stream of consciousness format, highlighting the music. What goes on inside the heads of freaky people? Cameo appearances in the film included Frank Zappa, Teen Beat, bikini-clad Beach Blanket Bingo movie starlets, and former member of the Mickey Mouse Club, Annette Funicello, boxer Sonny Liston, and Hollywood's youthful version of Jack Nicholson. Jack co-wrote the box office bomb with Bob Rafelson, the man who invented The Monkees. Rafelson made other great films like Five Easy Pieces. But Head landed in the scrap heap of movies so bad they're good. Midnight matinee drive-in drivel for social rejects and pop cult faddists.

The do-your-own thing crowd was doing it all the time. It's your thing, I can't tell you who to sock it to. The same type of big bosses that ran stuff then is still in charge today. Different generations, same old schlock. The punk movement of the 1970s was no better. Systematically squashed, disarmed, castrated, neutralized, and made harmless for eager consumers. The same formula that greed and self-aggrandizing can muster will destroy all monsters.

There's a lot of hype and hoopla now about The Monkees. It's the 50th anniversary of a lot of things that we either celebrate or ignore. The myth and legend of The Monkees could make one of those reasons to remember or forget. All the nonsense about how we view ourselves and our place in the big picture, The Monkees fit sin there someplace. Does it matter that Jimi Hendrix opened for the teen heartthrob group, or that Zappa asked Monkees drummer Mickey Dolenz to join The Mothers of Invention? Fodder for Trivial Pursuit night at your local drinking establishment.

The head wants what the heart dreams. "Head" denotes a sexual connotation for oral sex or describing a bathroom in the bowels of a ship. The lowly head sits atop a body as a guide. It all happens inside the skull. We project our feelings out into the unfeeling void of a headless world. Without a head, the body’s useless. Everything that happens begins with a single thought inside a brain that lives where we’re stuck inside our heads thinking thoughts, another headless wonder dreaming life into being. The two surviving members of The Monkees band are mounting a Farewell Tour for 2021. That's nice for them. I said goodbye long ago.