The Rise And Fall Of Singer-Songwriter Emitt Rhodes, The "One Man Beatles"

The sad story of a major talent whose avaricious, vindictive record label ruined him. 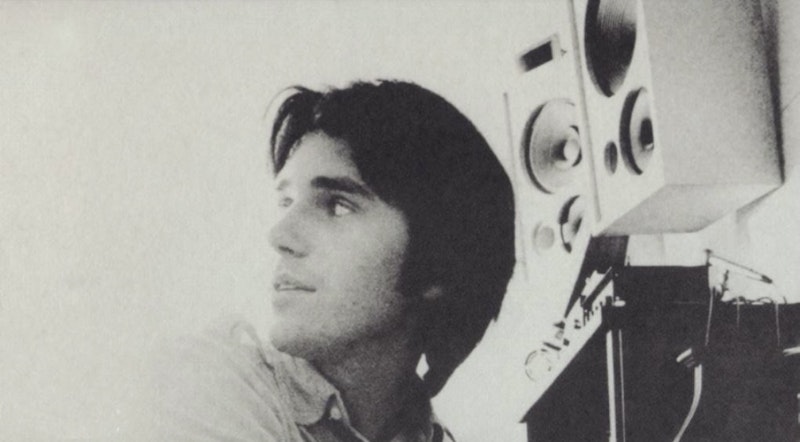 Hawthorne, California—located 16 miles from Los Angeles—has a musical mystique because it's the hometown of the Beach Boys. But there was another musician who grew up there with those band members (he went to high school with them), and at one point seemed to have the potential for a similar musical trajectory. Until it all went up in smoke. The story of Emitt Rhodes is a cautionary tale of the damage that a ruthless, spiteful record company can do to a budding talent. In a universal sense, it's a commentary on how easily any successful or promising life can get derailed in an instant by a bad decision.

Rhodes was playing music on the Sunset Strip at 15. He had a band called Palace Guard, and then Merry-Go-Round, a psychedelic rock group A&M Records signed in 1967. The teenager started out as a drummer, but took up the guitar due to the Beatles. That influence was never far beneath the surface of his music. Soon after the young musician started writing songs for his critically-acclaimed albums, "Beatlesque" became the most common descriptor of his sound.

Rhodes went solo after Merry-Go-Round disbanded. A&M released an album in 1970, The American Dream, featuring Rhodes’ early solo masters. He recorded and mixed his next, and first proper solo album, Emitt Rhodes, on his own, and it went to number 29 on the Billboard charts. The musician used the money he made (from the "salary" his manager paid him) to buy studio equipment to make more of his own records. ABC/Dunhill then released Mirror in 1971 and Farewell to Paradise in 1973.

With four albums in a span of three years, right after going solo, things were looking bright for Rhodes. But here's where the weirdness comes in. Try to imagine the worst thing ABC/Dunhill could've done to a precocious talent (and to itself). A good answer would be to contractually require that already hard-working artist to turn in two albums per year, which is exactly what the clueless record label did. Perhaps the fools at ABC/Dunhill thought they were dealing with Three Dog Night. It was too much for a musician with such exacting standards, so a burned-out, disillusioned Rhodes walked away from his contract at 23. His heavy-handed record label sued him for breach of contract, and he wouldn't release another album for 43 years.

Why the record label wouldn't find a way to work with such a special artist, thus ensuring they'd get more albums out of him, remains a mystery that reaffirms all the horror stories about the exploitative, brutish nature of the music industry. Requiring two fresh albums (24 original, polished pop songs) per year meant, among other things, that there was no time for the musician to get out and perform—and promote—the record label's product. There was no identifiable business logic to ABC/Dunhill's behavior. Rhodes said in a 2010 interview that he looked at the contract and told his manager that he didn't think it was a good thing to sign it, but claimed his manager told him to sign it because the guy was "getting paid," which sounds credible.

The first Emitt Rhodes work I can remember hearing is the catchy love song, "Fresh as a Daisy," off his 1970 self-titled album. It sounded like Paul McCartney had given the youngster a song to help get him get his career off the ground. Although Beatles comparisons were rampant (Italian director Cosimo Messeri made a 2009 documentary about Rhodes titled The One Man Beatles), Rhodes always was more McCartney than Lennon.

It was sad to see Rhodes say in an interview many years after he'd stopped making records that he wouldn't stop trying because he wants to make enough money so that he can buy health insurance. It was a declaration of desperation from someone who should've released 20 albums by the time he said that. It was equally sad to read an account written by a TV producer who'd visited Rhodes at the modest Hawthorne house he'd never had enough money to move out of. From what the writer could tell, the musician lived in the front bedroom that had a mattress on the floor, and shared the kitchen and bathroom with a renter who had the rest of the house. Rhodes shared stories at that meeting about his lawsuits, failed marriages, and pain he felt because of having no relationship with his three children because, as he claimed, his ex-wives had poisoned their minds about their father.

Rhodes, however, did mount a comeback—43 years after he'd opted out to save his sanity—with the release of his final album, 2016’s Rainbow Ends, a bittersweet, lovelorn contemplation on a life of melancholia. Wilco guitarist Nels Cline participated, and Aimee Mann and The Bangles' Susanna Hoffs added vocals. After the album’s release, Rhodes cancelled all public performances, including an appearance at Austin's South by Southwest. A man in his 60s who was still unable to afford a car wasn't willing to leave the home that had been his refuge for so many decades for a chance to get his life jump-started. Perhaps that life had taken too much of a toll by that time to summon up the extra effort needed to dig himself out of his subsistence-level, depressing existence in a Hawthorne house right across the street from the one he grew up in.

Emitt Rhodes died in his sleep on July 19, 2020 at 70, marking the passing of one of the great cult figures of rock history. The sadness written all over his face in interviews available online was finally erased forever, as was the regret that informed his voice.