Despite the music industry’s best efforts, In Real Life is a solid album. 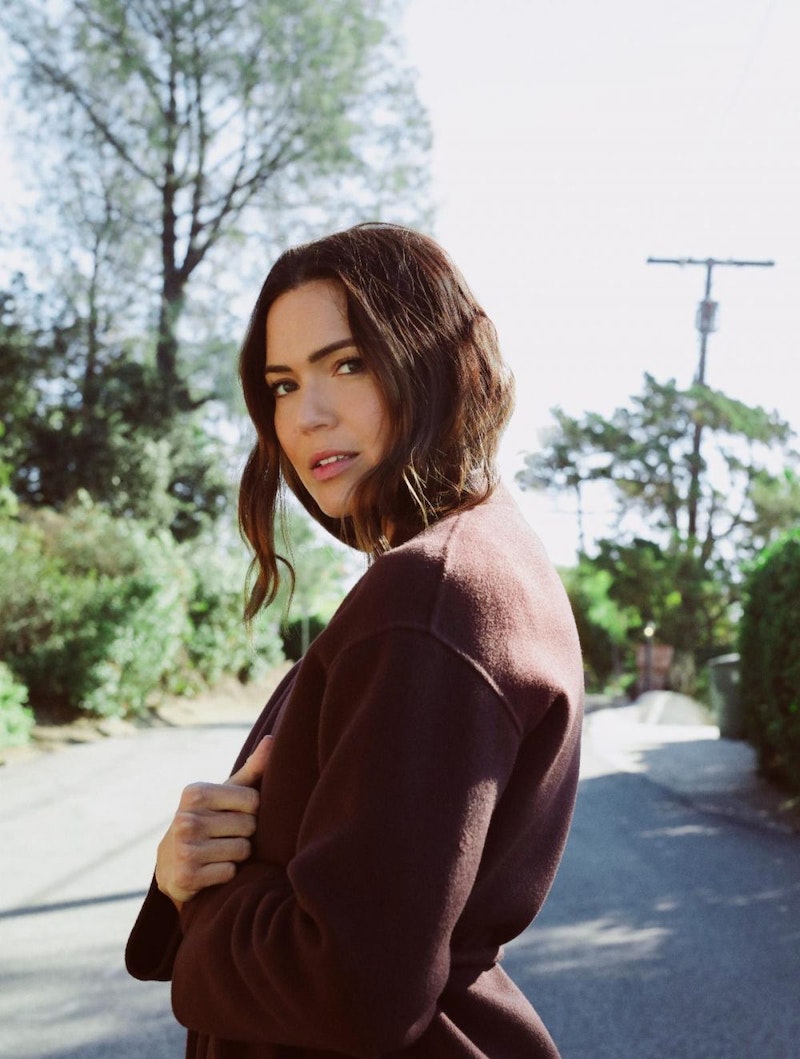 Mandy Moore’s career illustrates just about everything wrong with an abusive and sexist music industry. Her first single, “Candy,” was released in 1999 when she was 15. It plays up a flirtatious sexuality in a teen idol vein, which wasn’t her choice; she’s said she had no artistic control of the music, and has disowned it.

In 2007, at 22, she went in a new direction, releasing the excellent Wild Hope, a carefully arranged album of orchestral folk-pop, more Joni Mitchell than Britney. She put out the follow-up, Amanda Leigh, in 2009, and in the same year married alt country/indie rock superstar Ryan Adams, which seemed likely to result in fruitful collaboration. Instead, she’s since reported a jealous Adams deliberately denigrated her music and sabotaged her professional opportunities. It wasn’t until their marriage ended and after she’d become a star in the TV series This Is Us that she released another album, the Laurel Canyon-influenced Silver Landings, in 2020.

Silver Landings spoke directly to the relationship with Adams, especially on the stripped-down, painfully slow ballad “Forgiveness” (“Will I forgive you/you don’t get to know.”) Produced by Mike Viola, Moore’s new album, In Real Life, moves on to other topics and a broader stylistic range. It’s reminiscent of her transitional 2003 album Coverage in which she covered songs by Blondie, Cat Stevens, and Joan Armatrading. The title track, about her first pregnancy, is retro synth pop—a more reflective, folksier Amy Grant. A power-ballad guitar-solo from Moore’s current husband Taylor Goldsmith of Dawes serves as a sweet musical counterpoint of musical and parental support.

“Living in the In-Between” goes further afield, setting its moderately rebellious lyrics (“She don’t dress up on Halloween/She much prefers being herself/She’s not some vampire, she’s the queen”) to a Bangles-esque jangle-pop hook that gives Moore—whose vocals are generally characterized by a sincere purity—a chance to try a rock snarl.

“In Other Words” ups the tempo even more, with Goldsmith channeling a chiming Johnny Marr as Moore cheerfully blasts out “In other words, you’re my favorite cliché,” once for the song’s false and once for its real ending. “Brand New Nowhere” locks into a Michael Nesmith country-rock shuffle, and some of Moore’s most evocative lyrics:

The best moments of the album are probably still those like “Just Maybe” that reach back to that breezy California vibe, with Moore’s voice on the verses backed by breathy harmonies on the big chorus. On “Four Moons,” Goldsmith’s guitar and touches of organ adding just enough sting to Moore’s sweet voice and the even sweeter harmonies, pure 1970s bliss.

Wild Hope, Amanda Leigh, and Coverage were all ambitious and original—the work of a young artist on the verge of something wonderful. In Real Life is, like Silver Landings before it, doesn’t quite deliver on that promise. It’s a solid album, but not a great one. The stylistic range is fun but it also feels like she’s dabbling. That’s especially the case when you go back and listen to the intensity and nuance she brought to the arrangements and vocals on songs like the gorgeous, should-have-been-classic torch song “Everblue,” where her sensuous resignation rivals Bonnie Raitt’s on “I Can’t Make You Love Me.”

For fans of classic Mandy Moore, the new albums are a bit of a disappointment. But sometimes surviving doesn’t have to be a triumph. It can just be surviving. The industry in general, and Ryan Adams in particular, tried to crush the music out of Moore. But here she is, with multiple careers in the arts, still singing. That’s real life, too.