Many thought David would outlive us all. 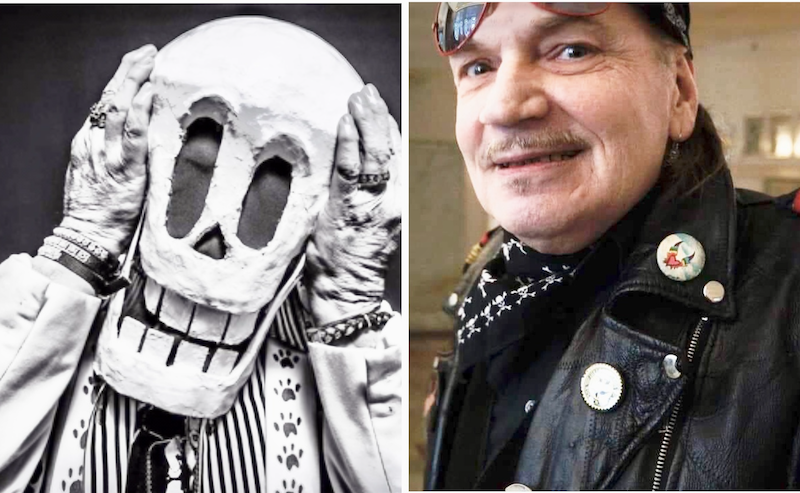 I’m experiencing too many senior moments, as I move past prime vintage. My memory’s pickled, a slow marinade. What I’m referring to is the steady influx of old friends and acquaintances dropping like flies. Every time I turn around, news arrives, yet another has kicked. If you’re lucky enough to reach old age, there’s only one scenario left to play out. Not something to look forward to, but nonetheless, staring into the abyss screaming at eternity, a void where forever and never meet like your old chums who’ve fallen by the wayside to permanently seal your deal.

Inevitably, when these demises occur, you get the standard lines of sympathy and regrets, “So sorry for your loss.” I hate that line. Sorry for your loss. It’s not my loss, it’s theirs. They’re fucking dead. Then there’s “I just saw them yesterday, does anybody know what happened?“ Yeah, they died. As though it’s unthinkable that someone could actually bite the dust, while you linger on. In the case of David Wilcox, it was unexpected, as most deaths are. By his stage name, Steptoe The Magnificent, many thought David would outlive all of us. A fixture in the Baltimore rock ‘n’ roll scene for half a century, a mentor who supported all the local bands that followed, he was a champion, an inspiration.

I saw David Wilcox for the first time, at a Read Street Festival in 1972. He was fronting a band called Pooba. I was tripping with my lifelong compadre Michael Gentile, and we’re digging the band's antics from the sidelines. It was our first foray into the world of freaky downtown. At the time, we’d never witnessed anything like it. A mishmash of Alice Cooper meets The New York Dolls à la midnight burlesque stripper shows down on the Baltimore Block. Plenty of feather boas, black leather, big hair, fishnet stockings, bad makeup and a swaggering, we don’t care what the hell you think attitude. Glitter and glam morphed into a punk rock nightmare. The Pooba band was unknown territory for young impressionable minds on LSD, the bones of T-Rex, with the flesh of Ziggy Stardust melted into a Pink Flamingo. That was Steptoe The Magnificent. The chemistry of rock in the Saturday morning cartoon world, a formula of high camp drama, old monster movie kitsch, sci-fi theater. That, too, is David Wilcox.

Then there was David, years later, at the Marble Bar. By then, I was in a band. We didn’t know at the time, but we were punks, Da Moronics. Labels were something other people gave you when they didn’t know what the hell to think you were. His band Was Rock Hard Peter. They were on stage, rocking out the song, “Rock & Roll Asshole.” I recalled that trippy day at the Read Street Festival and Pooba, Now, here was Wilcox doing what he does so well, in my face. And there I was playing the same stage too.

We eventually became friends over those crazed Marble Bar years. I’d see Steptoe gigging around town, and we’d reminisce about the bad old days. Like the time I turned his microphone off on the PA board in the middle of his set. Or when he set his guitar, affectionately named “Steptocaster,” on fire at a Marble Bar reunion. LesLee Anderson, reminded me of that one, plus a few other juicy tidbits. LesLee, the owner of the Marble Bar, along with her hubby partner, the great Roger Anderson.

Here’s what she said about Steptoe: “Like this year needs to get worse. We have lost the Grandfather/Godfather of Punk in Baltimore, Dave Wilcox. Let’s all pause now and remember him in all his rock ‘n’ roll glory and antics. STEPTOE T. MAGNIFICENT, or as I would call him Toe, was a major force in the Baltimore Punk Scene from its inception. A major character at the Marble Bar, in music, bar tending, and in sheer presence. Like a Brother, we loved and appreciated each other, and we had way more ups than downs. He has been a valuable part of my rock ‘n’ roll history, and I’ll always appreciate his artistic contributions to so many facets of the Marble Bar. Steptoe you were Magnificent.  Rock in Peace, Brother.💔”