Can the Boomers win a rhetorical battle with the Millennials? 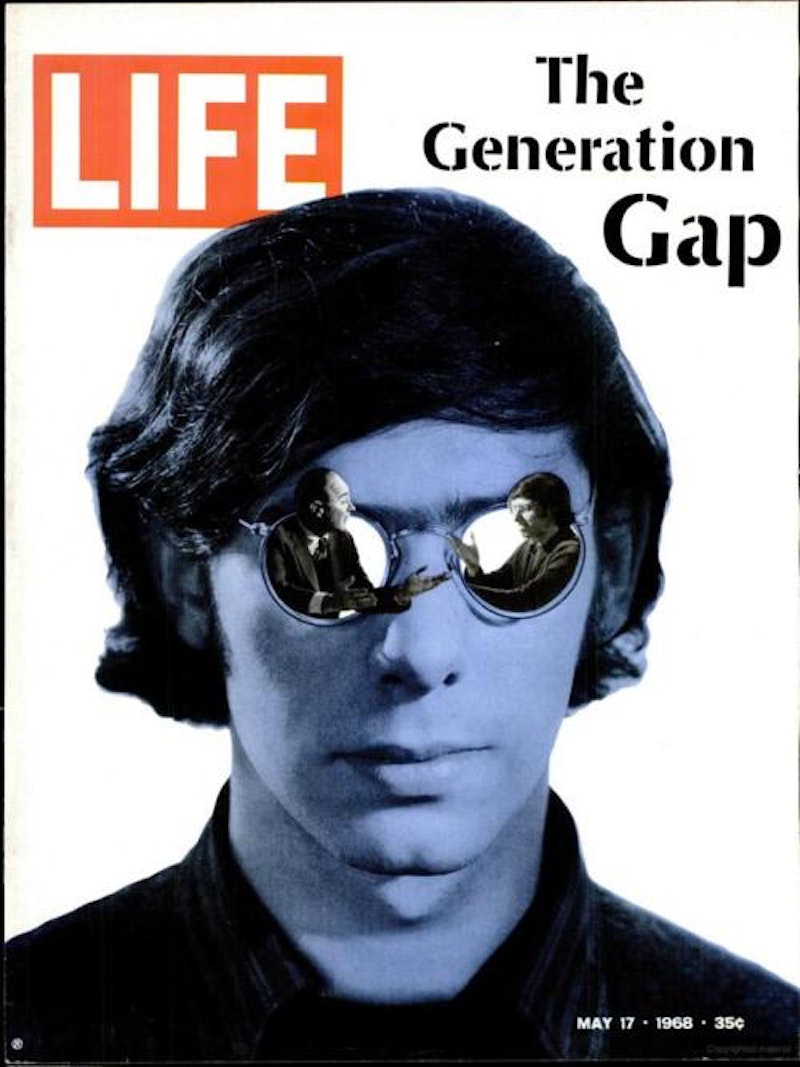 When was the last time you heard or read the once-common term “generation gap”? No, I can’t remember either. Perhaps, if we’re lucky, in a short period of time the noxious three words “not so much” will be consigned to an even worse category of forgotten clichés. I thought about this last Friday when my 20-year-old son Nicky wrote an exuberant article about the wretched “classic rock” band Fleetwood Mac (the Nicks/Buckingham/Christine McVie version, not Peter Green’s). Attempting to stifle acute nausea upon reading his praise for this “amazing” band that featured “brilliant popsmiths,” I realized that this was an example of a present-day “generation gap.”

Trivial? Certainly. In an era when parents and their kids are frequently on the same cultural wavelength, or so we’re led to believe in the media, disagreeing on the merits of a pop band is fairly quaint, considering the bitter battles between generations a long time ago—yes, I’m a Boomer—over long hair, music, marijuana, Vietnam, materialism, sexuality, mass protest marches, literature (it’s doubtful I’m the only one who cringes now at buying books by Richard Brautigan), hippies, yippies, zippies, pinheads, gypsies, tramps, thieves and “offing the pigs.” At some point in the past 30 or so years, father and son, mother and daughter, uncle and nephew found that their musical tastes converged, and so, for example, there was the trade-off of Nicky introducing me to Deer Tick and The Fiery Furnaces, while I gave him primers on Paul Butterfield, the Stones’ vastly underrated Between the Buttons, Gram Parsons and Little Stevie Wonder.

But Fleetwood Mac is nearly beyond the pale. Not as bad, as I learned on Saturday, when Nicky informed me that he’s combing the discographies of Black Sabbath, Boston, Queen, Pink Floyd and, hold onto your dentures, Cheap Trick, but still pretty egregious. I mean, what’s next, Air Supply, America, Starland Vocal Band and Aerosmith? (In fairness, I should mention that Nicky is a touring musician and trumps me in every way on the technical aspects of music. He hears this or that chord change on, say “Absolutely Sweet Marie” that I don’t.)

The first eight months of 1977 was a brutally bleak period, at least for me, in the realm of pop music. Despite the exhilarating mini-breakouts of The Ramones, Patti Smith and Television, FM radio mostly sucked. Dylan went nuts, the Stones had passed their prime, disco and unbuttoned shirts ruled, Motown was spent, the solo careers of The Beatles were laughable (particularly Paul McCartney, who to this day has not penned a decent song since 1970; Ringo, as always, gets a bye), and while Bowie and Roxy Music were peaking, finding five songs to play on a jukebox was very, very difficult. I remember one summer day that year when a friend and I were lazing away an hour in a rundown Baltimore bar, and though we had quarters to pop, you can’t even imagine the paltry selection. So my buddy said, “What the hell, let’s just play ‘Dreams,’ five times and then split.” “Dreams” was a pretty good Stevie Nicks number, but you see what I’m driving at. And then, in the fall, everything in the rock & roll world turned upside down, when the Sex Pistols’ “Anarchy in the U.K.” and “God Save the Queen” made it to the U.S., followed by The Clash, The Jam, Elvis Costello, Talking Heads, Richard Hell, X, the Buzzcocks, The Damned, Graham Parker and the Rumour, Blondie, and even a re-energized Neil Young. Back in business.

I realize there’s a divide on the question of Fleetwood Mac. My colleague Noah Berlatsky—not as old as me, not a squirt like Nick—recently wrote approvingly about the band, and I can’t deny that “Go Your Own Way” was instantly catchy.

And there were worse bloated and outrageously substance-abusing groups in that time period. It could be my contempt for Fleetwood Mac is rooted in the 90s, as my son points out. He writes: “Maybe that’s why the music of Fleetwood Mac is seeing such a strong surge in interest among the Millennials. A friend made a good point: ‘Don’t Stop’ is embedded in the consciousness of 90s kids from the ’92 and ’96 campaigns, so the sound has been in our heads even if we didn’t know the material well.” Well, there’s another reason to dismiss the Bill Clinton nostalgia.