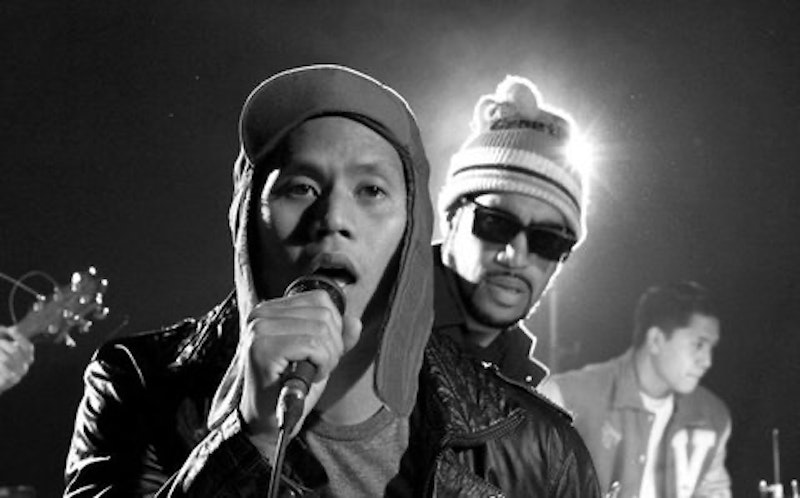 If Fade turned out to be Yo La Tengo's The Eternal, would anybody's heart really break? Not wishing Hoboken's finest any bad juju or whatever, not at all, but it's no hyperbole to say that Ira, Georgia, and James haven't clicked this fully and convincingly since before Elian Gonzalez was a national meme. (Note: if you don't remember why Elian Gonzalez was a national meme, you do not understand how life-changing live performances of I Can Hear The Heart Beating As One standards were in the months after the album's release.) So if they gave up now, I'm not at all put out. Chalk the comparison up to longevity, sure, but also note that on "Ohm" all three musicians' voices seem to meld into a single narratively ambiguous harmony that's all doot-doot-doots and cryptic, at-cross-purposes verses while handclaps and shakers and fried-hard guitar solos flatter and fall away around that harmony—it's like that harmony is a cigarette boat running hard and the other stuff, stuff perfectly calibrated and busy but not obtrusive, is the bay, but you barely notice the bay even though it's there and you like it. The lived-in nonchalance, the sleepy co-dependence, the self-projection that is or isn't entirely sincere, as if it mattered one way or the other. Ask yourself this, to put a finer point on things: when was the last time that you really liked a Yo La Tengo song without having to convince yourself that you liked it?

Characterizing Jacqui Ham's singing in the context of Dial's bomb-shelter no-wave is tough going. It's not that she actively saddles the stippling, unsteady rhythms or pinched-grindstone grooves, or that she's out ahead of the band's unwieldy, lopsided cattle charge so much, leading it, or that her slurred couplets somehow goose these musical embodiments of wonderfully wretched urban decay, or that she necessarily meets them at the line and matches them beat for beat. You couldn't call what she does toasting, really. Ham's voice slouches forward, out of her own sphere and into your grill and that of the music, all hot breath and garbled pleas just beyond comprehension: she's everywhere within a given song, haunting.

"On Game," one of the poppier gems in the Dial catalogue, is an oddity for her: it's all noisy, fuzzed out guitar with precise, contextually literate guitar strokes flicking in and out of the distortion like a tongue. That guitar does its dance, and then Ham's vocals flash in admiring imitation, and then the guitar reappears, and then Ham reappears: a sort of call-and-response, game recognizing game, a measured, blaze-y tug of war.

A couple of minutes ago I found out that Vex Ruffin's government name is actually "Vex Ruffin"; it's gonna take at least a day or two for that one to really sink in. In the meantime, figuring out what to make of Stones Throw's Californian garage-rock wunderkind is no easier now than it was last November when I downloaded the Same Thing Tomorrow mixtape. The snares pulse and hiss with a callous impassivity as the guitar and bass constructs tumble or stutter in a practiced, studied way along at a lope that hovers somewhere between the codgerly and the merely middle-aged, huffing and puffing metronomically without betraying any warning signs of exhaustion.

And then there's Ruffin's voice, a reservoir surfing monotone as much a disguise as the gorilla mask his cohort rocked in the "Losing Control" video from a couple years back, holding broad emotions out in front of him like ironic slogans on a hipster's hand-me-down Neighborboodie, just daring us to believe him. (Imagine Calvin Johnson with compositional smarts.) "Do it big, let's have fun," Ruffin intones. "Let's be happy." There's no compelling reason to believe he is, or that we should be, but there's something reassuring and spellbinding about the way he communicates, affect pancake-flat, without actually saying anything. Someday Ruffin will want to actually say something, at which point I might be able to engage with his gift on something beyond surface level. At present, it's like trying to enjoy an expertly baked pastry without sugar; almost there, but not quite.