Grouper and the feat of presenting work as if you were no longer of this earth. 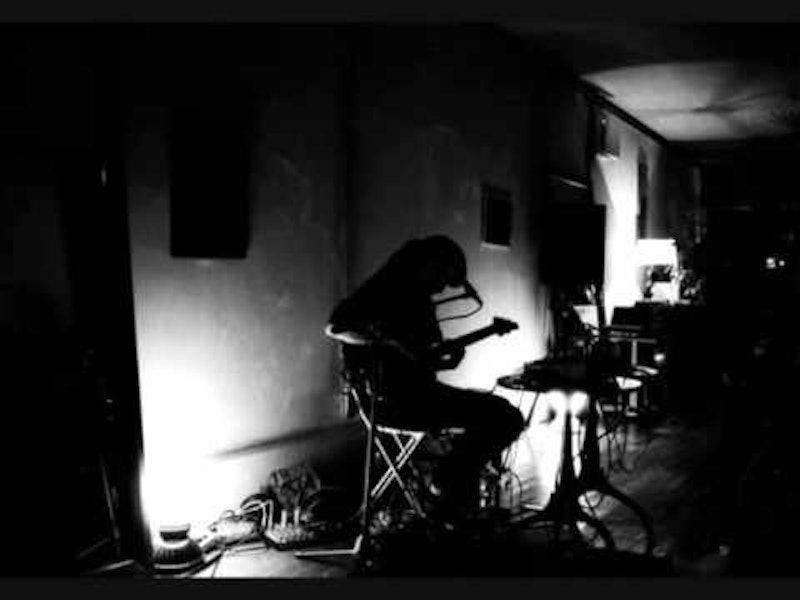 Pitchfork published an excellent and rare profile of Liz Harris, aka Grouper, last Friday to commemorate the release of her latest album Grid of Points. I haven’t heard it yet. I’m a massive fan of her work, and ordered the LP from Kranky, so even though I have a digital copy sitting in my downloads folder I’d rather wait and get my money’s worth and listen to it in one sitting (or snoozing). In 2014 I fell asleep to the Grouper discography every night for a year: I’d put on Way Their Crept, go to bed, and wake up to the end of “Made of Air,” the last song on Ruins (her most recent record at the time). There’s a devotional, fanatical quality to the discourse around Grouper music and Harris herself, and as she retreats further from publicity and regularly playing live, her rare concerts are treated with a religious reverence, and not just because they’re often in chapels and churches.

I wonder when that change occurred, because when I first saw her live, opening for Animal Collective in 2009, I couldn’t hear a thing because the crowd talked over her whole set. In this video from 2011 at the now defunct Glasslands gallery in Brooklyn, another awful chatty crowd drowns out an otherwise beautiful performance of “Come Softly,” the final song on her magnum opus A|A: Dream Loss/Alien Observer. That was in April of 2011, right around when she recorded Ruins, which wouldn’t come out for another three and a half years. After A|A, she went away—far fewer shows, fewer interviews, less music and more visual art. The music she did release was either from the vaults (2013’s The Man Who Died in His Boat was recorded at the same time as 2008’s Dragging a Dead Deer Up a Hill) or radically experimental and completely non-song based (2012’s Sleep and Rolling Gate).

In the Pitchfork piece, Ben Ratliff writes: “Plenty of artists talk about separating themselves from their work once they make it public. Harris takes that notion one step further. ‘I don’t think of my work as mine, almost at all,’ she tells me… The artistic persona is a kind of mortgaged borrowing against the artist’s personhood. If you make your work through the framework of religion, like some musicians Harris admires—Alice Coltrane, the Clark Sisters, the Estonian choral composer Cyrillus Kreek—perhaps you can ascribe to your work an authorship or a co-authorship that lies outside of yourself. If you don’t, you’ll have a persona to lug around, unless you are, let’s say, the most anonymous, self-erasing kind of ambient musician, or feel strongly that your records are really meant to be sunk into a lake.”

Harris is in an enviable position: she makes a living off of her music, signed to Kranky but still able to press her own editions of her records (including one-offs like the 2016 single Paradise Valley), able to pick and choose the shows she still admittedly dreads playing (churches and chapels all over the world), but most importantly, in an age of forced overexposure and a false common wisdom that to make a living in music you must tour, she's succeeding in rejecting the idea that you must engage with your fans on social media, you must license your songs, you must be available to be picked apart, analyzed, and inevitably torn apart by people that hate you and people that love you so much their devotion becomes unhealthy obsession. Unless you’re someone like Kanye West or Billy Corgan, where the persona is inextricable from the work and an urge to revel and cartwheel in the spotlight leads to lots of face plants, satisfying the desire to separate your work and the person who made it is exceedingly difficult, especially if you want to have any kind of an audience.

It’s a shame that artists can’t release their work posthumously while still alive. Other than the instant spike in attention, interest, and often-misguided attempts to read into things, the context of the work immediately changes: it’s complete. It exists not of this world, but an artifact of another, flesh turned to fossil overnight. Harris has accomplished something close to this state of living with her work feeling separate and larger than herself, and she’s not Henry Darger, she’s adored by people all over the world who don’t talk at her shows anymore because she rarely plays them.

Harris is conscious of the parasitic and often pathetic dynamic between fan and artist, especially when the artist pulls away and leaves fans wanting. Bizarrely, artists are often accorded less respect if they stand outside taking pictures and signing records every night after every show. Sure, you might get 100 sweethearts, but it only takes one asshole that wants your phone number or gets way too personal to ruin the whole experience on both ends.

To work and exist posthumously without actually leaving this earth is an ideal situation and better for both parties, because by negating the persona, you allow an infinity of projections and imaginations to imbue your work, rather than have it all boiled down and brought back to earth by endless interviews, photo-ops, and publicity stunts. To have people engage with your work as if you’ve already left is a major accomplishment, and as Liz Harris lets over 200 songs sit unrecorded, fans all over the world watch with bated breath, waiting for the next message to sink to the bottom of a lake.