“Lana Is a Genius,” She Said

A case can be made for Lana Del Rey’s beautiful tragedy. 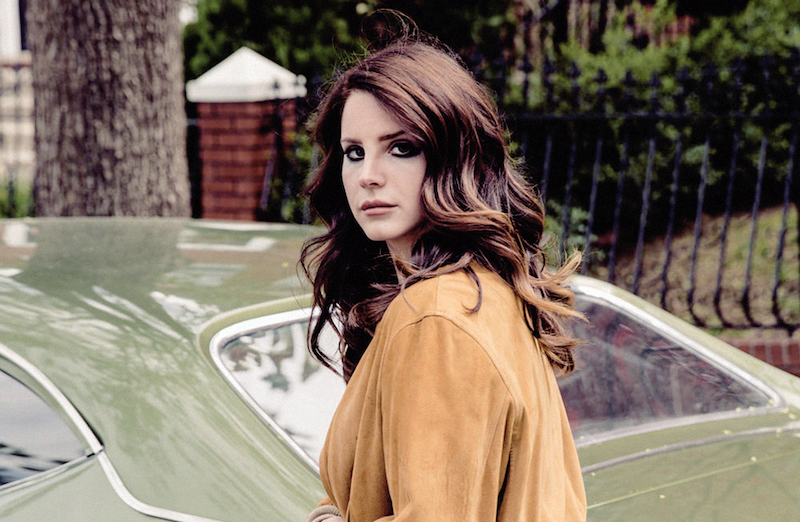 We lay on Maddie’s trampoline listening to the new Lana Del Rey single—“Young and Beautiful”—on repeat‚ moving only to hit the replay button when the YouTube video ended. I scrunched up my nose whenever the bridge started: “Oh that grace, oh that body/Oh that face makes me want to party” is a barf-worthy line. I said, “That’s pretty stupid” the first time we heard the song. My friends, all four of them, turned to me, the pretentious critic, and glared. “Lana is a genius,” Maddie said.

I suppose part of that statement was true: Del Rey’s early material—let’s call it everything before Ultraviolence—resonated with teenagers on an unusual level. It inspired dedication and commitment and Tumblr posts that I’d expect from Saddle Creek mega-fans. Music is most important when you’re a teenager. Does that make Del Rey one of the most important artists for Millennials? The case can be made.

Then again, that would put Blink-182 (who I love!) in the same league with Nirvana (who are indisputably better)…

Girls, in particular, seemed to glom on to Del Rey’s infinite sadness. The glamour was irresistible—even lyrics like “I’m your national anthem/God you’re so handsome/Take me to the Hamptons” couldn’t tarnish her image, her beautiful tragedy. I knew classmates who’d defend lyrics like “You’re like James Dean, for sure/You’re so fresh to death and sick as ca-cancer”, and argue for their profundity.

Why is this? Those glares made me reconsider my stance, made me remember supporting similar artist in my freshman year of high school, an artist who had a near identical profile to Del Rey in 2013: Kid Cudi. Both musicians ruined their tremendous control atmosphere with goofy lyrics. They were hated by the critics and adored by the teens. They sold you a pre-packaged, air-brushed idea of sadness, one that would look more natural on a runway than rain-dotted windowsill.

No matter how happy you are when putting on headphones, listening to Kid Cudi will bum you out! Or make you laugh unintentionally. Those are the only two options. Yet I still remember yelling at Zeke and Dietrich for not “getting” Cudi’s pain. We would browse through Hot Topic with the other goth kids—occasionally buying a bracelet or a Death Note t-shirt—while they tried to convince me that Cudi’s penchant for clunkers made his music unlistenable (examples: “I like the dark, maybe we could make it darker?/Give me a marker”, “Have you ever been to heaven at nite?/Like how you feel when you drink some Bud Lite”). “Cudi’s deep,” I said. “You just don’t get it.”

But then I stopped getting it. His lyrics were lazy, not profound. I gave up on Cudi by the time school let out. My conclusion: this dude needs to cheer up. By the time Del Rey came around, I’d had enough poorly-written melodrama.

But now everything’s different, and it’s possible Maddie’s words could soon hold weight with more than just teenage girls. Ultraviolence is in every way an improvement over Born to Die: the atmosphere is still there, but it’s no longer hindered by the bad poetry of self-proclaimed “Gangsta Nancy Sinatra.” The melodrama is amped up to a Morrissey level on a few of the tracks, but the delivery—with a wink and nod—makes it work.

Honeymoon, her new album to be released in September, will clarify whether Del Rey has critical staying power.