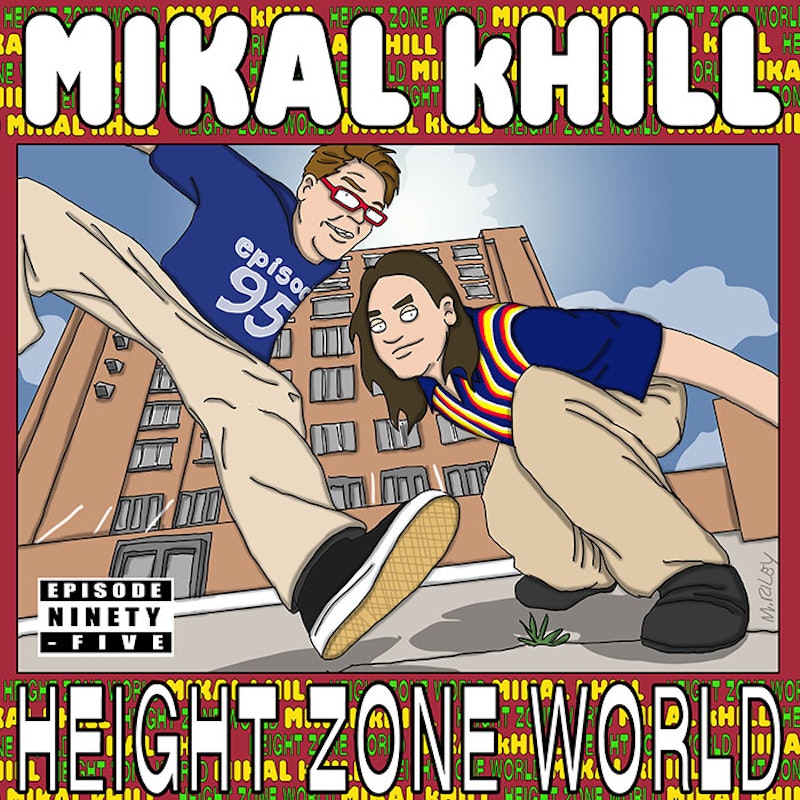 My guest this week is Mikal kHill. He’s a North Carolina-based MC and producer, and a member of Thought Criminals and Malibu Shark Attack. We first met when we played a show together in Charlotte, NC in 2011.

He talks about his early solo efforts, and about how being embraced by nerdcore hip-hop fans helped push his career forward. I asked him about his outlook on balancing music, fatherhood and a day job. He talks his new years-in-the-making solo album, and explains why that will probably be his final solo album.

Mike Riley’s art this week is an homage to Y’all So Stupid’s Van Full of Pakistans.